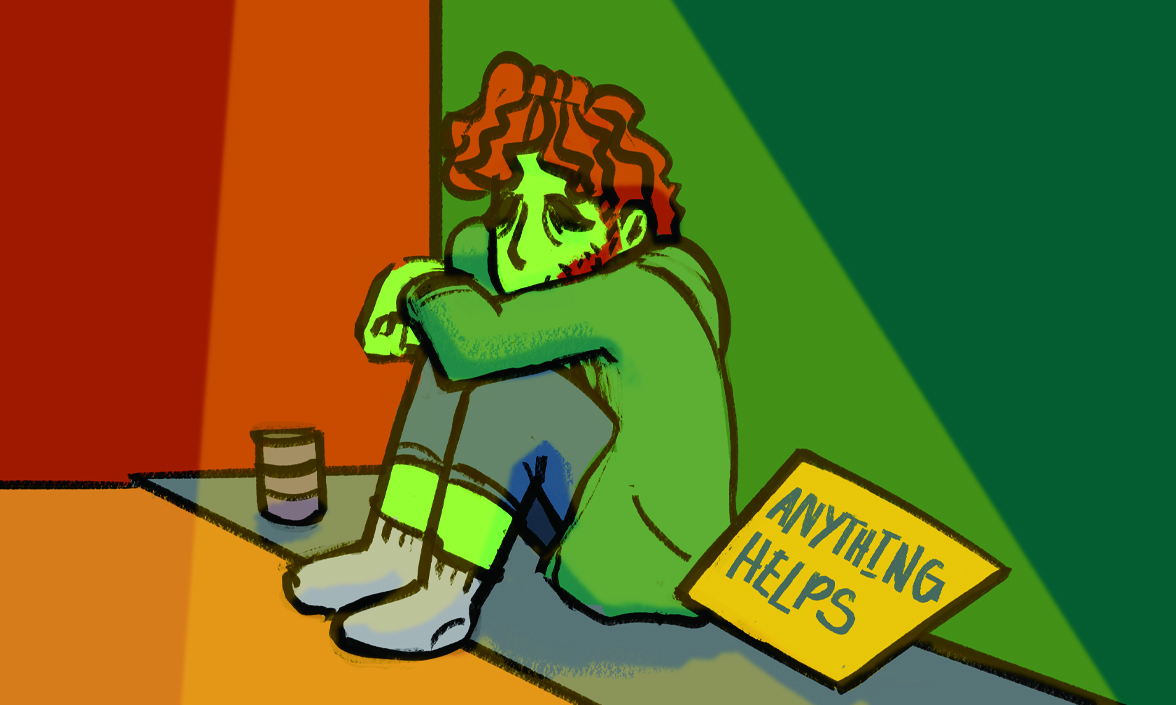 Homelessness is a pervasive issue in our society. The number of people experiencing homelessness in Winnipeg is estimated to be between 3,000 and 15,000.

If space is not available in a shelter or people are not comfortable staying in one, they will have to fend for themselves through whatever means necessary to survive. This includes building a shelter out of whatever materials are available or setting up a tent to live in. It is common to find encampments in urban areas of Winnipeg such as parks and underneath bridges.

Two teepees set up near the Disraeli Bridge were destroyed by fire Jan. 14. The teepees were often used by members of the homeless community for shelter and warmth.

The fire sparked the City of Winnipeg to announce it would be removing encampments set up by members of the homeless community at Henry Avenue and Martha Street due to the idea that the “risk at these two prominent temporary encampments in downtown Winnipeg is too great to mitigate.”

In late November, community patrol group The Urban Knights and Ladies built two warming huts in a field by the Manitoba Metis Federation building which were torn down by the City of Winnipeg. The city claimed the shelters did not meet zoning requirements or adhere to the city’s bylaws.

During the cold winter months, having a warm and safe place to live and sleep is crucial.

With temperatures consistently hitting -20 C and even colder at times, Winnipeg’s shelters often become overcrowded and full. This leaves many people desperate for shelter and warmth.

Removing encampments and shelters may be an attempt by the city to make homelessness invisible, but it does not erase the hardships of those experiencing it.

Some people choose to live in encampments over shelters, citing reasons such as thefts, bed bug infestations, safety and lack of autonomy for their choice. Temporary housing often does not feel like home and does not offer the same freedoms as living on your own.

If we want to see long-lasting solutions in Winnipeg, city council must immediately step in and invest in supportive housing and help provide the level of support and autonomy that people need in order to end homelessness for good. Supportive housing typically also includes social services that provide a well-rounded support system for people who are at risk.

Increasing supportive housing efforts is good for our communities and for our economy.

Data from a report published by BC Housing in B.C. supports the benefits of establishing more supportive housing efforts in Winnipeg and in Manitoba. The presence of supportive housing facilities has been shown to benefit taxpayers as the costs of health care and correctional services for a person experiencing homelessness surpasses the cost of someone who is living in a supportive housing environment by almost $20,000.

The property values in the areas immediately surrounding supportive housing have also been shown to mostly remain stable or increase based on data from the report.

But this type of positive response to homelessness takes determination and a sense of urgency to respond to the thousands of people who are homeless. Mayor Brian Bowman absolves the city of any accountability with regard to these people, stating that it is the responsibility of the provincial government to address the issue.

So city council will tear down the encampments of people without a home, but its solution to the issue is to outsource it 100 per cent to the legislature.

Without a temporary solution — like immediately finding more shelter or putting more funding into community groups that will — the city is only creating more problems. And without working toward long-term solutions of its own in consultation with the provincial government, it cannot expect these problems to simply go away.

Winnipeg needs big changes in terms of how homelessness is viewed as an issue and we cannot continue to push people to the sidelines of society in hopes that these issues solve themselves. Above all, it will take leaders — on both the provincial and the civic level — to deal with this issue with the sense of urgency it deserves.

Rather than putting a bandage on a pervasive problem, the city and province must offer real solutions to help vulnerable people in our city gain the support they need to start living their lives the way they deserve — with a sense of community, safety and respect.

Winnipeg not past troubled history with Métis people