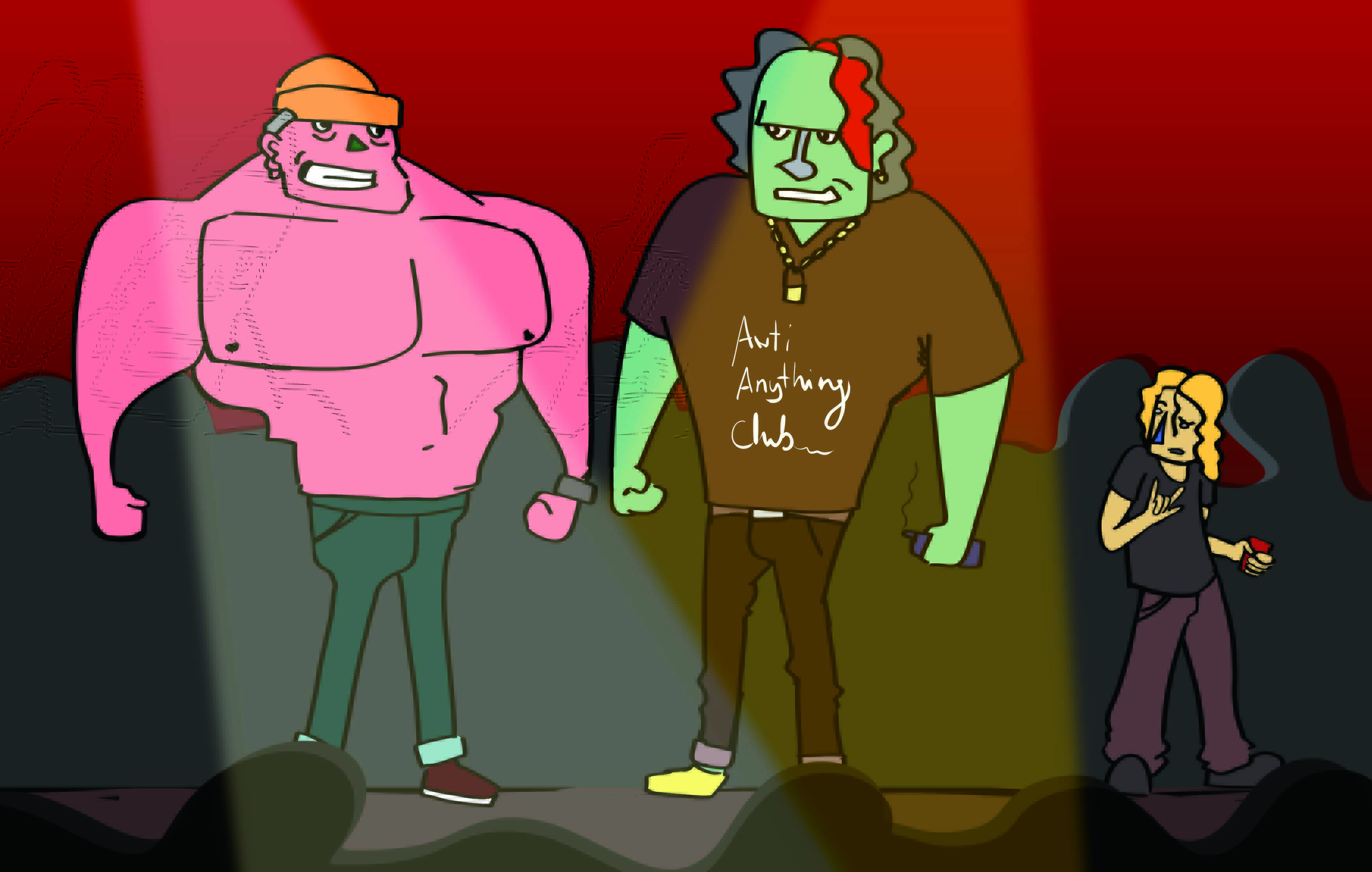 People are living in the past, which means mosh pits are getting a bad reputation.

Some believe modern mosh pits by nature are violent, aggressive and a place to start fights. This is because, from time to time, the types of people who behave this way do show up in the pit.

Some people view mosh pits as an excuse to be hostile and aggressive. These are the people who try to start fights in the pit — they act as if they’ve just stepped into a boxing ring and are looking to take out an opponent.

Unfortunately, these types of people are crushing the spirit of mosh pits by getting them all wrong. Mosh pits aren’t supposed to be an adversarial thing. In fact, quite the opposite is true.

Mosh pits began popping up shortly after the emergence of punk rock music in the late 1970s as a way for people to build community and connect with each other while blowing off steam and enjoying a band’s music. Although the act seemed violent, and often was, it was and can still be considered a form of bonding between like-minded people.

Mosh pits are a chance to connect with other people, however brief the connection may be. Mosh pits aren’t about one single person — they’re about everyone coming together to enjoy the music and show appreciation for the band.

Despite this, some people don’t seem to understand the communal aspect of mosh pits.

A few weeks back, I attended the Descendents show at the Burton Cummings Theatre. Never in my life have I been so worried to enter a pit, or so eager to get out of one. I’ve never before actually feared for my safety while in a pit.

Early in the show, it became clear that the pit belonged to a group of aggressive fans seemingly looking to assert dominance and show off. This pit was much different from the shoulder bumping pits I’m used to.

People were throwing elbows, punching and even kicking — actions which should never be a thing in a mosh pit. No one seemed to be mindful of people who didn’t want to be in the pit. They were smashing into those who simply wanted to be close for a good view of the band and wanted no part of the violence in the pit.

One reason some people are still violent in pits might be out of nostalgia for early mosh pits. Fans may wish to recreate the mosh pits of the early 1980s that they came across when they first discovered punk music. However, people have died in these types of pits. This is one reason mosh pits are becoming so discouraged.

What fans need to understand before entering a pit is that there is such a thing as mosh pit “etiquette.” A sort of unwritten set of rules.

Generally, elbows should be kept low and close to the body, and hands should be kept open to push people who are falling against you back into the pit without digging your knuckles into their back. Most importantly, when someone falls, you pick them up.

Thankfully, there are mosh pits where these “rules” are clearly understood.

Two days after the Descendents show, I went and saw PUP at the Garrick Centre. The difference between the two pits was night and day.

Everyone seemed happy to be in the PUP pit. People mostly kept their elbows to themselves and, though it was a dense mosh pit, people minded their space.

While PUP reaches a slightly different demographic than the Descendents, the difference in their pit might be an outcome of the band being vocal about behaviour in the pit.

One of their tweets from Sept. 26 reads: “A friendly reminder that if you try to start a fight in one of our pits, we will see you, ensure that you are kicked out of the show and then play the heaviest parts of the set to everyone who isn’t being a complete asshole!”

In my opinion, bands should follow this example and make sure their fans know the rules. A brief statement at the beginning of a set could go a long way.

Of course, every pit is different, and some would say they enjoy the risk associated with overly violent pits. But when it comes down to it, people need to be more self-aware. If you’re clearly bigger and stronger than somebody, be mindful of that while in a mosh pit.

Now that punk, along with most types of music, reaches wider audiences, it’s important to let mosh pits evolve in a safe way. Mosh pits don’t have to die, they just have to change with the times.

It might sound corny but, at the end of the day, mosh pits are about lifting people up, not pushing them down.