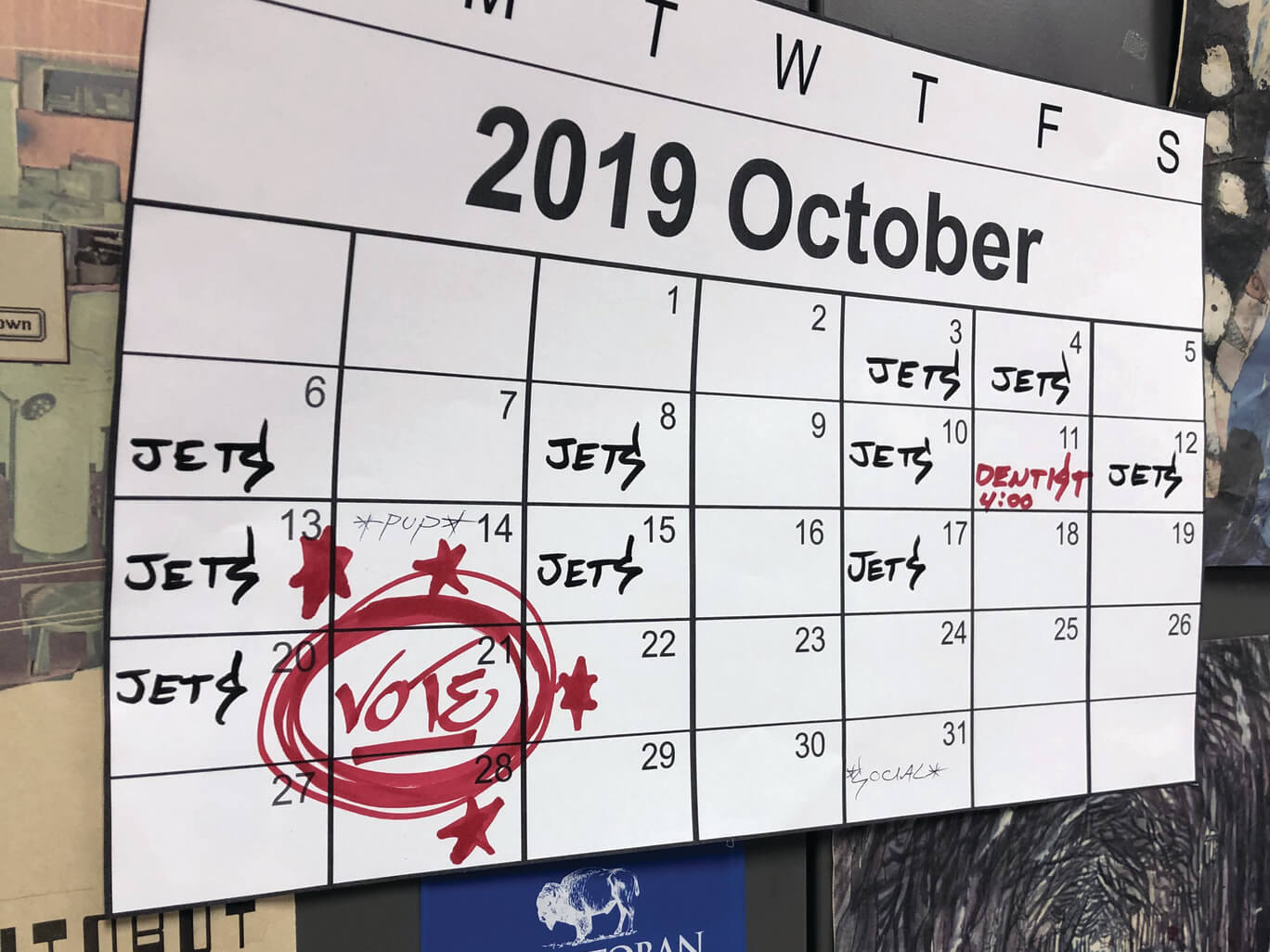 Canada’s abysmal voter turnout can only be addressed with a universal solution that respects the plight of working-class people.

It’s no secret that Canada has an issue with democracy. In the past eight federal elections, voter turnout was below 70 per cent. Just over 10 years ago it hit a near-historic low of 58.8 per cent.

Despite this number being strong when compared to recent years, it is still worth discussing how to further improve that percentage. However, it seems that no government will even go near the issue. It was never even discussed in this past election cycle.

Regardless of whether this dilemma is acknowledged by the mainstream, corporate-friendly parties like the Liberals and Conservatives, it is incumbent on Canada’s progressive parties — like the NDP and Green parties — to accept the role of bringing this issue into the mainstream.

This issue clearly unites people along class lines because voter turnout is very closely correlated with a family’s income. Simply put, there are many barriers that prevent poor people from voting. It is abundantly clear that in order to vote, you must have a certain amount of time to do so. It also means having the correct documentation so that you are granted your right once you arrive at the polling station.

While driving 10 minutes to your assigned polling station, licence in hand, may be extremely easy for a middle- or upper-middle-class family, this reality is not the same for someone who does not have a car and has to walk or bus to their assigned station.

This is assuming that they can make it to polling stations while they are open on election day or on the few advance voting days.

The Elections Canada Act currently has a half-measure provision which states that employers must give employees three consecutive hours off work in order to vote on election day. However, this rule ignores the reality of many working people.

For instance, if someone from Winnipeg works a 9-5 shift, then has a second part-time job to immediately get to, this provision would not apply because the first shift would have ended over three hours before polls close (8:30 p.m. in Manitoba).

Unfortunately, this hypothetical is the reality for all too many working people. In Canada, over one million people — 17 per cent of the workforce — are working multiple jobs just to get by.

It’s obvious that there are financial barriers to voting that will disproportionately affect the vote of Canada’s poorest and half-measures will not solve them.

This problem inevitably leads people to propose solutions like mandatory voting which would only make the problem worse. Mandatory voting specifically places a fine on those who do not participate in the electoral process.

This approach targets those at the bottom of society.

It’s clear that Canada needs a universal solution that will make voting easier for those at the bottom.

The solution is to make election day a holiday.

This would no doubt afford those who are working several jobs a chance to exercise their constitutional right to vote without placing any undue burden on them.

Of course, this would not come without a cost. Whenever a new statutory holiday is proposed, owners of large businesses fear-monger over the loss of billions of dollars in productivity.

Unfortunately for them, that sentiment is fundamentally incorrect. A price cannot be put on an increased participation in democracy.

Further, a holiday on election day would only have about a quarter of the impact on businesses that a typical statutory holiday has, since federal elections only happen once every four years.

A proposal such as this requires a strong leader who is willing to fight for the interests of working-class people rather than the corporations whose interests are often prioritized.

It is now, more than ever before, incumbent on Canada’s progressive parties to demand change that will positively affect the working people they represent.

Why voting in Canada’s federal elections is unthinkable