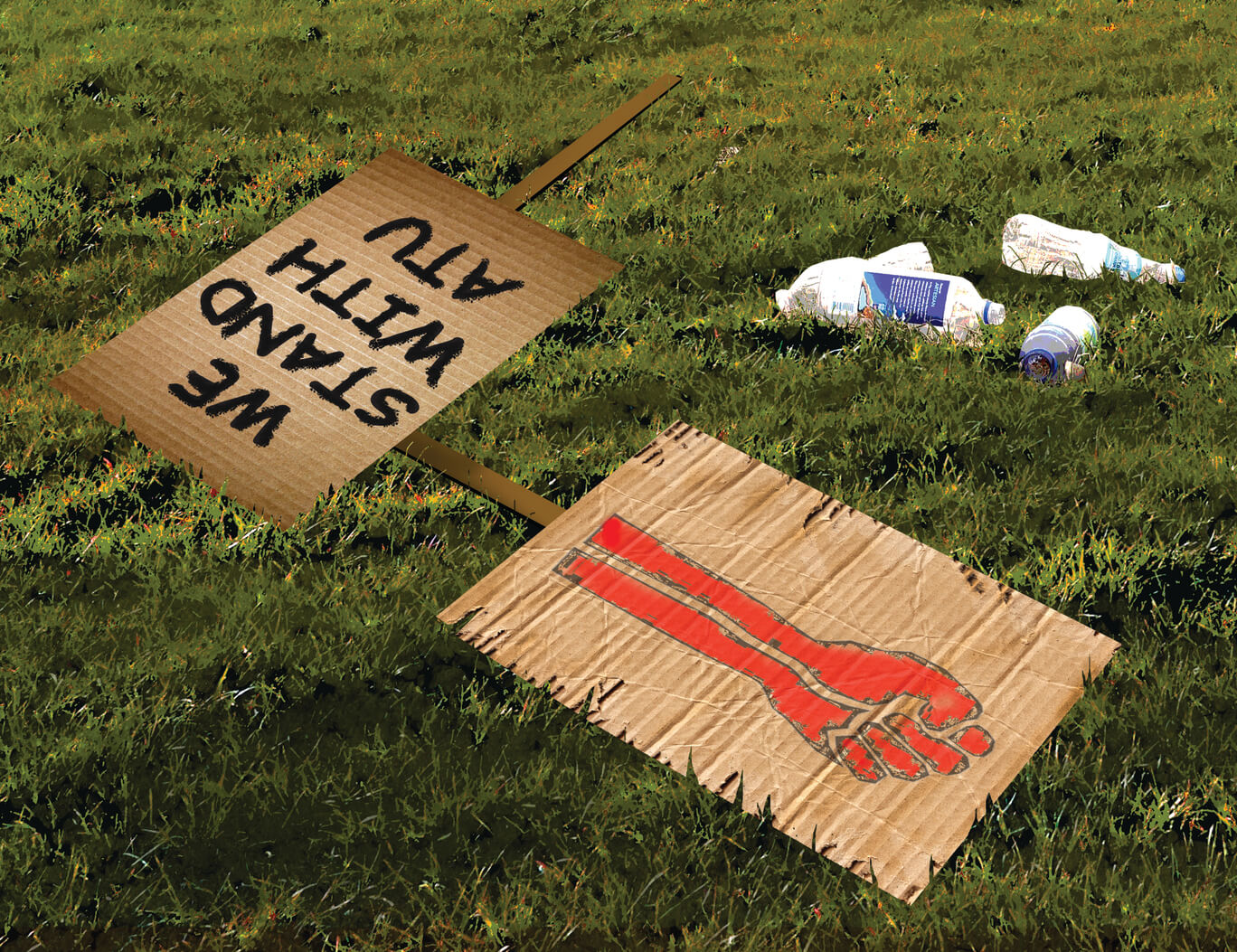 The UMSU board of directors has once again demonstrated its inability to represent students with a recent vote on the Winnipeg Transit labour dispute.

On Aug. 29, an emergency motion was put forward by UMSU to “remain officially neutral” during the negotiations between the city and the Amalgamated Transit Union Local 1505 (ATU).

In the decision, one member of the board claimed the one thing that would make students angrier than a transit strike was the possibility that costs incurred by the strike would not be refunded, which he said in turn “will make everyone a lot angrier at [UMSU].”

This stance by the student union comes at a time when the ATU is collecting the support of many unions — like the Association of Employees Supporting Education Services on Aug. 27 and The Manitoba Teachers’ Society on Aug. 30, among others like the United Fire Fighters Of Winnipeg, University of Manitoba Faculty Association (UMFA) and the Canadian Federation of Students — who wish to see a fair resolution to the dispute.

Even more ironic is the fact that this clear decision to not support organized labour came just days before Labour Day.

This should not have been a difficult decision for UMSU.

Unions rely on solidarity in their effectiveness to negotiate with those in positions of power.

Moreover, a decision to not support the ATU is a direct violation of UMSU’s mandate — which is to represent the best interests of students. There are 30,000 students enrolled at the University of Manitoba, many of whom rely on Winnipeg Transit to arrive on time and safely, and those students are best served by drivers who are treated fairly with respect.

The offers put forward by the city represent some of the worst practices those in power exercise toward unions, such as two-tiered wage schemes which pit union members against each other.

This cowardly decision by the student union is disappointing but not surprising.

For years UMSU has been a self-serving institution concerned with its own interests rather than those of the overall student population.

In 2016, when UMFA voted to strike, the previous UMSU board of directors similarly voted to remain neutral on the matter under the guise of putting the interests of students first.

This devastating course of action — contributing to a three week long strike — negatively affected the thousands of students enrolled in the fall 2016 semester.

Those who should be representing students in the 2019-20 year have clearly not learned from their past mistakes.

UMSU needs a reality check and to understand exactly what choosing neutrality means in a situation like this.

By remaining neutral, the implication is that the UMSU board sees nothing wrong with the current situation the transit union is in.

This implies they find nothing wrong with the two-tiered, union-busting approach the city has taken. It also means that they apparently do not care if the drivers who drive students to and from the university get the fair treatment they deserve, so long as they avoid the wrath of students.

It is overwhelmingly clear that the executive has a perverse understanding of what its role should be.

The UMSU executive seems to believe the role of the union is to remain as mild and uncontroversial as possible, all while doing everything to avoid any confrontation with students or those in positions of power, in turn making relationships with those in power to pave the way for the inevitable career in public service.

This is not the role of a student union.

The role of the union should be to advocate for the interests of students, which means showing solidarity with those who directly serve students — including transit employees.

In 2016, after much criticism, UMSU eventually came around to supporting UMFA on much of what was being bargained for, but this should not have be necessary.

By taking the path of least resistance, the executive reveals its true colours.

It’s easy to stay neutral, but it requires a spine to stand up for the principled position.

Until UMSU discovers this and reconciles with its past failures, its benefit to students is entirely diminished.

U of M consulting students on sexual assault policy