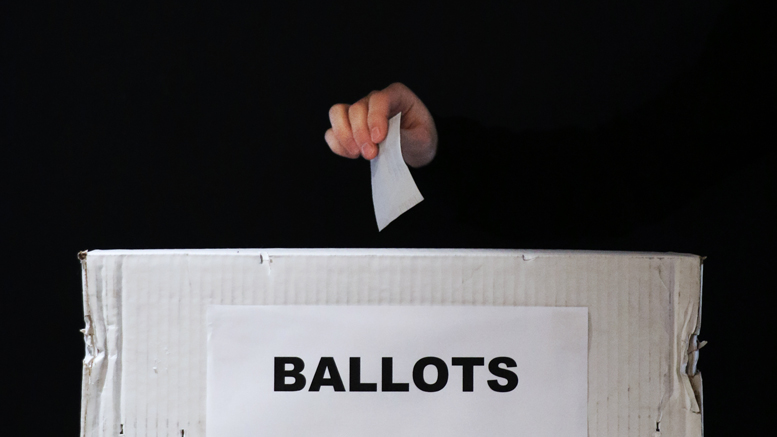 There are three students running for the position of international students’ representative for the 2019-20 year.

“Culture’s always dear to our hearts, you know,” he said. “And as international students, we don’t have our parents here. We don’t have our family here. And it’s actually quite intriguing to see the home environment here.”

Ahad said tackling international student healthcare will be the first order of business.

“This is the most important out of all the advocacy for this particular year,” he said.

“There are many challenges and dangers that students have been facing for the last few years — the first being the tax rebate being removed by the provincial government. Second being the constant increasing of tuition fees, 6.6 per cent this year, which is [very] challenging for us, seeing as we have to pay three times the amount of tuition as a domestic student.”

Ahad said he would reach out to international students to gauge their opinions on how advocacy should be structured, and this would rely on whether or not students would vote to remain in the Canadian Federation of Students for the 2019-20 year.

Abdallah Es-Haq has said he would build his policies on four major pillars: advocacy, communication, engagement and transparency.

“International students feel like they are not represented well enough, especially with regards to policy that the university chooses to pass and implement wherein academic and fiscal policy changes have the potential to have a disproportionate and unfair burden on international students,” he said.

He said he plans to fight the cuts to international healthcare in Manitoba, and to increase transparency and outreach among the international student community.

“I intend to establish a bi-weekly news bulletin talk show facilitated by UMFM wherein news from the two-week period that is vital to international students is summarized into a half-hour long episode,” he said.

“In my opinion, it’s too easy and accessible to not attempt in order to try and bridge the communication gap with international students.”

Es-Haq adds he will demand further financial transparency from the UMSU board.

“To be very blunt, most international students draw a blank when it comes to understanding how UMSU uses the funds it accrues from mandatory fees that we pay into the union, and it is not our fault,” he said.

Fourth-year student Victoria Nwabuisi said, above all, what sets her apart as a student leader is her passion for advocacy.

“I am a very passionate individual,” she said. “And I don’t stop fighting for what I want to see as change in whatever aspect of life I’m working with.”

Nwabuisi said her time working as a volunteer organizer for Aiesec — which connects students to international internships — was formative in shaping her leadership style, particularly with the setup of an Aiesec conference in Winnipeg.

“Because I really wanted to have the hands-on experience of dealing directly with the hotels, I decided I would directly deal with planning everything that had to do with the hotel and the costs,” she said.

“And from, I would say from January to June, I was going to different hotels and speaking with sales managers and negotiating thousands of dollars that I never imagined I would be capable of effectively doing — but then I was able to bring down a budget of over $60,000 to $37,000.”

“I want the leaders of the different country groups […] represented as one, as the international student community,” she said.

“Why I believe this is crucial and I prioritize this even before talking about [international] healthcare, which is very important also, is because I feel that because the international community is so spread out […] when the government does things like take away our healthcare, it affects everybody,” she said.

“But just the Nigerian Students’ Association can’t go up against an entire system. They can’t go against the entire system. But as an international community, if we’re able to integrate ourselves and really form that solid network […] the government will not be as passive as it’s been in the past year.”

The ‘free rider’ and effective representation