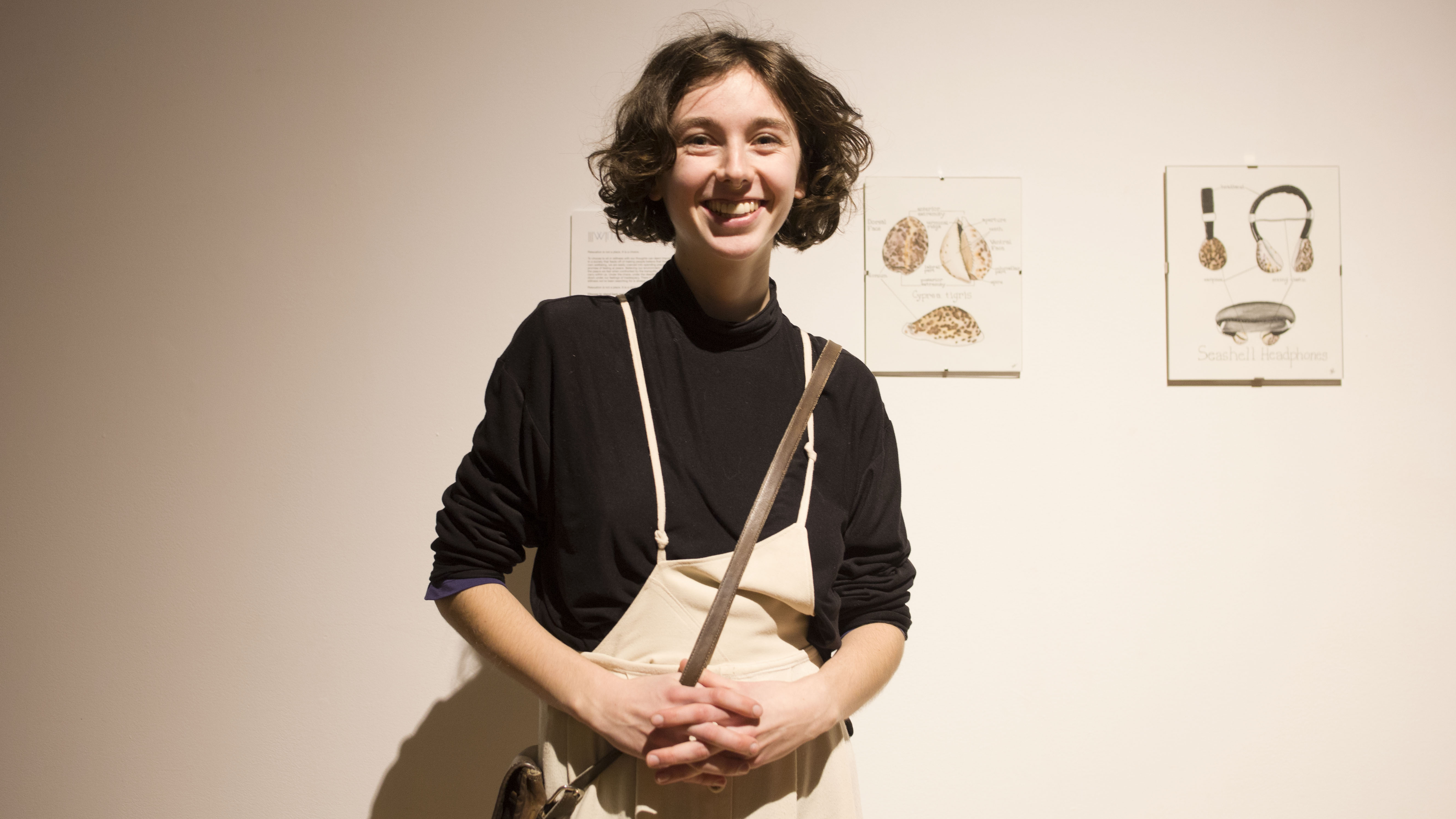 Callen Froese is a freelance multi-media artist based in Winnipeg whose work focuses on equality, sustainability and human rights.

Froese, who grew up in Wolseley, attributes her artistic drive to her upbringing.

“I think that area, without you realizing it, has so much going on,” said Froese.

“My dad’s an artist as well, so you know growing up doing ceramics in the basement was just a common thing for us.”

Froese began her career as an artist by selling handmade clothing but said it “felt too consumer-based and not true to my artistic drive.”

Froese began freelancing as an artist by reaching out to businesses via email.

“I just started looking at companies that I support, people who are working towards sustainability and equality and fair pay for their workers and local companies,” she said.

“I amazingly got a few responses which was very encouraging, you need that to start off.”

One of her upcoming projects is a “food and visual arts collaboration” which will be held at Verde Juice Bar in June.

She has pursued different mediums since her time constructing clothing such as canvas painting and ceramics, and is currently working with handmade paper.

“Because of my focus on sustainability, I’ve been looking more into researching my own mediums, so that has led me to paper making which is my most recent tangent and what I’m starting to get more into,” she said.

She recently travelled to Japan, where she had the opportunity to study with a Japanese paper maker.

Most of Froese’s work is based on illustration.

“I’m always drawing, no matter what other medium I’m working in,” said Froese.

Froese focuses her craft on themes of balance and interconnectivity between humans and nature.

“Equality, I would say, is the overarching idea [of my art], between humans and creatures and the earth.

“I think they’re all so intertwined you can’t really separate them, we’re all a part of this experience together.”

She believes her work holds a positive outlook on human interactions with nature and each other in a time of growing disconnect.

“We spend so much time apart from each other and not experiencing face-to-face or real moments and so capturing that, I think, is something that people really connect with when they see it,” she said.

Froese’s work looks at “How we do still have these tangible human moments, or connections, with nature even though nature can be so far away.”

Her art also explores feminism and the female body.

“Feminism is an important topic for everyone, everywhere, right now,” said Froese.

“It’s about human rights, and because women are subjugated to discrimination and abuse, we must fight for equality, so that we can be treated equally, but it’s to create a world for everyone to have a better relationship with one another.”

Callen Froese’s work is currently on display at Fools & Horses on Broadway until March 14 and the Tara Davis Studio Boutique until March 31. It can be viewed and purchased at callenfroese.com.

An exhibit to remember

A tasteful fusion of culture and comedy