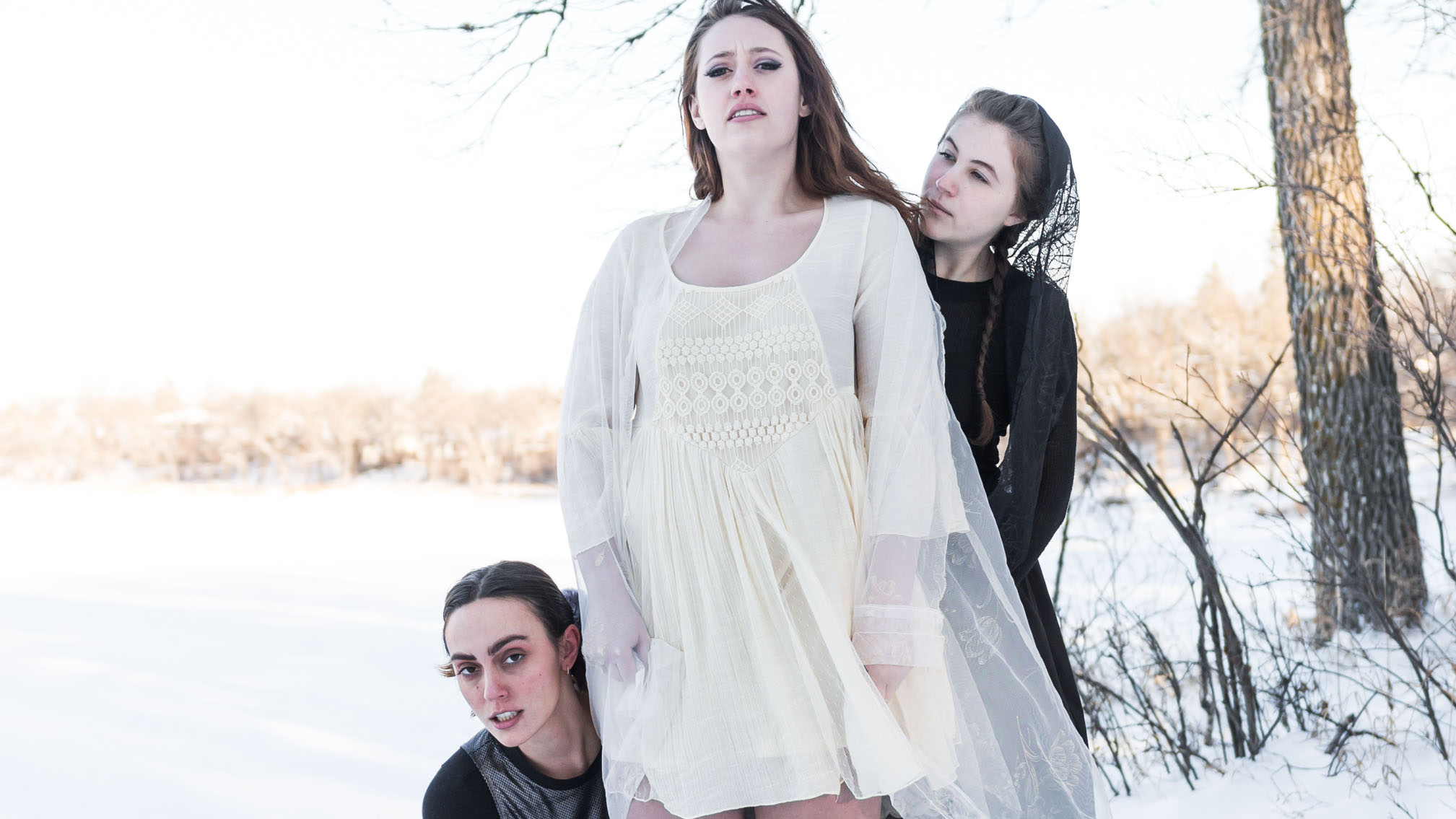 Naked Theatre Productions is a Winnipeg-based theatre company co-founded by Rebekah Anne Marie and Sarah Flynn, who are also its co-producers. This play marks Naked Theatre’s seventh production and their second year participating in the MTC’s Master Playwright Festival.

Little Dead Lady is the creation of Marie, Flynn and Jenn Davis, who also perform in the play.

This darkly comedic production brings together three of Ibsen’s plays: Little Eyolf, When We Dead Awaken and The Lady from the Sea. The play follows the lives of minor characters Irena, the Nun and the Rat Wife.

“Ibsen was so ahead of his time, as far as actually writing female characters,” said Marie.

Marie, Davis and Flynn sought to develop some of Ibsen’s minor characters as intricately as he had written his protagonists.

“We decided that we wanted to create a play about those three women, those three characters, and expand on their stories because they didn’t necessarily get told in the plays written by Ibsen,” said Marie.

The play’s tagline, “We can’t all be Hedda Gabler,” playfully draws attention to how unassuming minor characters can have their own rich inner worlds.

“We each chose a character from each play and we sort of started doing individual exploration of the characters and then from there we combined their stories to create a narrative, which is now what we’re working on together with the director to have the narrative clarified and to tell a new story,” said Flynn.

This new story shows how remarkable these characters really are, showing Irena, the Nun and the Rat Wife navigating their own tragedies with humour.

“Like, the characters are technically from the 1890s, but it’s not a period piece.”

Little Dead Lady will be running from Jan. 30 till Feb. 2 at Video Pool Media Arts Centre.

Tickets are available for $15 or by IbsenPass at the door. For more information or to reserve tickets, email nakedtheatreproductions@gmail.com.