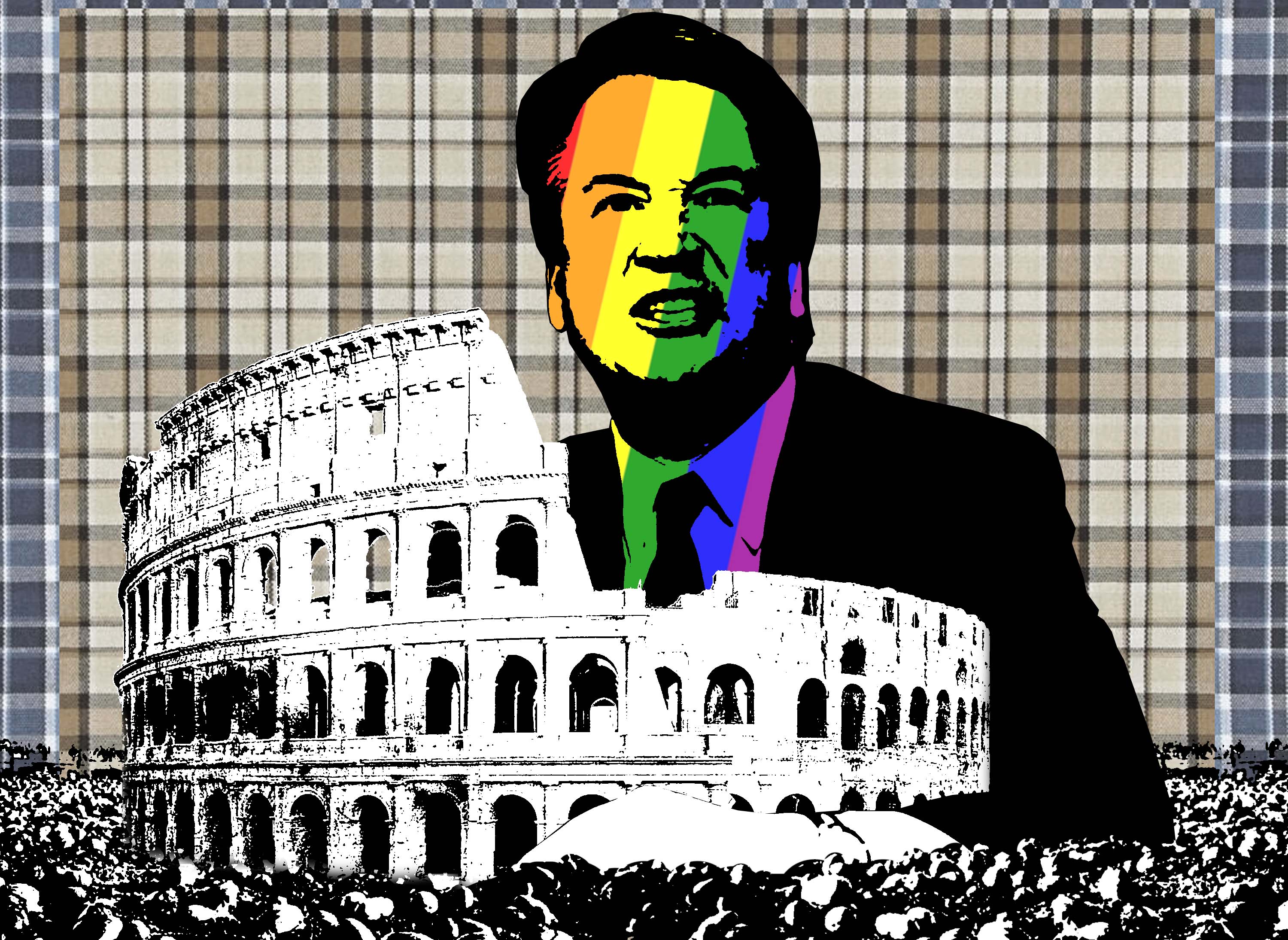 The nightclub 441 Main found itself in a controversy recently when a young man and his friend were denied entry to the club for using offensive language. The two then proceeded to make several Instagram videos, saying things like “I fucking hate gays, let’s put that on the record” and “They should be arrested, they should be fucking put in jail.”

It should not come as a surprise to anyone that both individuals in the video attended a private school, Mennonite Brethren Collegiate Institute (MBCI).

Although a hard pill to swallow for many, private schools are havens for bigotry, hatred, homophobia and ignorance.

Funded independent schools like MBCI have to meet a very low bar to receive funding for at least 50 per cent of school expenditures from the government. The requirements needed to receive provincial funding are the hiring of certified teachers and meeting the standard provincial curriculum requirements.

Even worse, there are non-funded independent schools which are legally permitted to function with neither of these basic requirements. This means they can literally have a pastor instruct math or science, while simultaneously teaching that the world is only 6,000 years old.

This was precisely my experience at MBCI. Though the teachers held degrees and were licensed, they constantly used their authority as teachers and influence over students to drift in and out of various political issues — such as the rights of same-sex couples or abortion — which had nothing at all to do with the class they taught.

This presents an obvious issue. While Canada exercises a separation of church and state, it routinely allows a merging of church and education.

Due to limited government oversight, the boards of private schools believe they can instil fundamentalist beliefs and values in their students.

MBCI has a dress code which prioritizes discretion on the part of teachers for enforcement. Unfortunately, it is only ever interpreted in a way which emphasizes the importance of women covering up. In my seven years of attendance, I never once witnessed a male student being asked to change. However, I did notice a pattern of primarily male teachers constantly forcing young girls to cover up. This reveals the fundamentalist view that girls and women can distract or influence the action of boys or men solely by the way they dress.

Furthermore, these types of schools have similar issues of sexism in the teaching of sex education. Comprehensive sex ed is not a required part of the curriculum of private schools, which instead will often emphasize abstinence-only education.

These types of teachings often place the entire onus of consent on the woman and warn high school boys about girls who are “pressuring them for sex” and “dressing in a way that’s saying to the whole world, ‘Take me now.’”

With policies and teachings like this, private schools like MBCI are raising generations of men who do not understand the concept of consent and carry the belief that women who are assaulted or raped were “just asking for it.”

The fact that Canada even allows practices such as these to be called “education” is mind-boggling. In many cases, students would be better off with no education at all than the teachings these institutions offer.

More than just sexism, however, these schools are often plagued with rank homophobia. The Mennonite faith has a long history of discrimination against the LGBTTQ* community. Mennonite pastors who perform same-sex wedding ceremonies to this day often have their credentials revoked by the church, and churches who refuse to expel LGBTTQ* members have been censured by the larger Mennonite church.

Though schools like MBCI would never admit it, students like those featured in the viral video are not an anomaly. Rather, they are some of the best examples of what putting the teachings of private, religious schools into action looks like.

Both alumni of MBCI can be seen in the video making, and laughing along to, homophobic remarks. However, both previously maintained a public image of “born again” Christians, doing positive missionary work in the name of their religion.

Sadly, for students who are forced to suffer through this disgusting way of schooling, it is unlikely these systemic issues will be solved soon. With right-wing demagogues currently leading key provinces — who generally favour private, religious institutions — legislation reforming these injustices is unlikely to be formulated.

This is why the current and former students who have felt the damning effects of private institutions must appeal to the courts and tell their stories. When these horrifying practices — which only ever happen behind closed doors — are brought to light, it becomes overwhelmingly obvious private schools are fostering a dysfunctional mindset incongruent with Canadian values.

To produce a more inclusive society that does not discriminate based on immutable human characteristics, private schools with discrimination as a foundation must be abandoned.

Art in the city’s North End

U of M takes part in waste reduction week