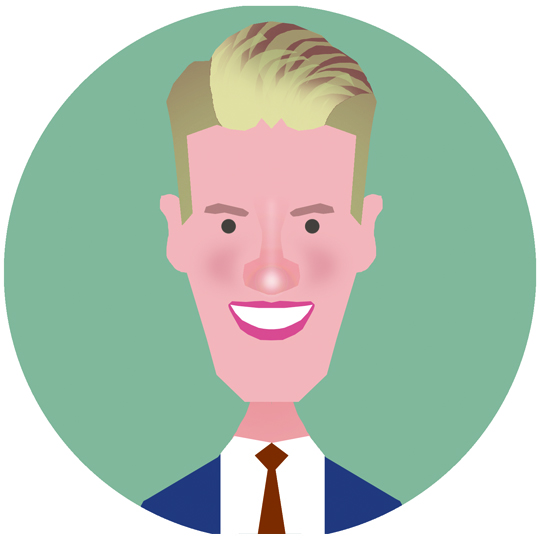 Several times in the last few weeks, U of M students have been faced with demonstrations by the Canadian Centre for Bioethical Reform (CCBR), a group that holds that “abortion, in surgical, chemical or any other form, directly and intentionally kills a pre-born human being, and is therefore wrong regardless of the circumstance in which that human being was conceived.”

It is not, however, the ideology this group espouses that has been the source of controversy within the university community. Rather, it is this group’s means of expressing its view — large posters of apparently aborted fetuses at varying stages through pregnancy — that have brought about significant blowback to the group and to the university for allowing the demonstrations.

The face of blowback thus far is the Action Against Anti-Choice Coalition (AAACC), a group of activist students whose mandate is to “unite student groups, organizations and individuals in the battle against anti-choice rhetoric on campuses throughout Winnipeg and across Manitoba.”

The AAACC has held counter-protests each day the CCBR has booked space on campus and circulated a petition calling upon the university administration to revoke the booking privileges of the pro-life organization.

To this point, the university has given no indication it will reverse its course as the CCBR is slated for one more week of campaigning.

To be fair to the university, its autonomy on this matter is far more limited than most would think.

In my meetings with administration officials, none have expressed particular pleasure in having the CCBR join us this October — a sentiment that can be detected by anyone who has seen the security and content warning signs that have accompanied the group’s activities over the last few weeks.

Nonetheless, because our campus is considered a public space, groups that follow the proper booking requirements and deadlines are essentially allowed to solicit on campus so long as they remain nonviolent physically.

A change in that policy would more likely have to come from provincial lawmakers or judiciary than from anyone residing within the university’s administration building.

Given the limited scope of internal remedies, one must ask: is the scattered presence of the CCBR a large enough issue to consider overhauling existing policies and impeding upon freedom of speech?

It’s a difficult question, but one that needs one word to answer: yes.

Before laying out why this is so imperative, the other side must be acknowledged.

There are many pro-life students on campus and I respect the beliefs of each of them, even if I disagree. But where this group offends is with its actions, not its beliefs.

Many believe taking measures to silence any group on campus — no matter what the beliefs or practices — is antithetical to the free exchange of thought a university is supposed to forge.

Theoretically, you should not have to eliminate those who you oppose by kicking them out of the arena, but instead by proving your ideas are superior.

However, the unfortunate reality is the debate of reproductive rights is not an intellectual exercise akin to those surrounding free trade or carbon pricing.

The arguments from each side rarely emanate from academic literature, but from cultural or religious upbringing, lived experience and, far too often, whether or not one possesses a uterus.

The literature the CCBR brings to the table is often misleading. The material features links to websites said to provide post-abortion supports, but often contains guilt-inducing language, anonymous testimonials from those expressing regret over an abortion and a list of dubiously sourced emotional and physical side effects of the procedure.

Beyond the poorly-crafted materials, there is another reason the debate over reproductive rights is disingenuous.

This debate is emotional to its very core.

Groups such as CCBR employ the evocative imagery they do out of the hope that it will strike an emotional toll on the viewer. The perverse intention of the CCBR is often realized by students with personal experience with abortions.

While many students have little difficulty looking the other way, if even just a minority of students face increased emotional barriers to their education due to a CCBR demonstration, the feelings of those students should be prioritized by our campus policies above those of a group that is not affiliated in any way with the U of M.

Ultimately, it is a cruel paradox that defenders of anti-choice demonstrators do so on the basis of freedom of speech.

The implicit goal of the pro-life position is to strip freedoms from a pregnant person.

Pro-life and pro-choice are not two sides of the same coin.

The former is inherently (and legally) restrictive, while the latter simply asks you not to impose your beliefs onto the private decisions of others.

In that sense, being pro-choice is the most neutral stance to take.

I do not expect the university to amend its policies within the week. If it did, it would likely face a losing case in court. But that does not mean students should be idle.

Each day CCBR demonstrates, students are confronted by a group that lobbies our country to change what has been settled law for decades.

We must insistently advocate for the neutral position on reproductive rights — pro-choice.