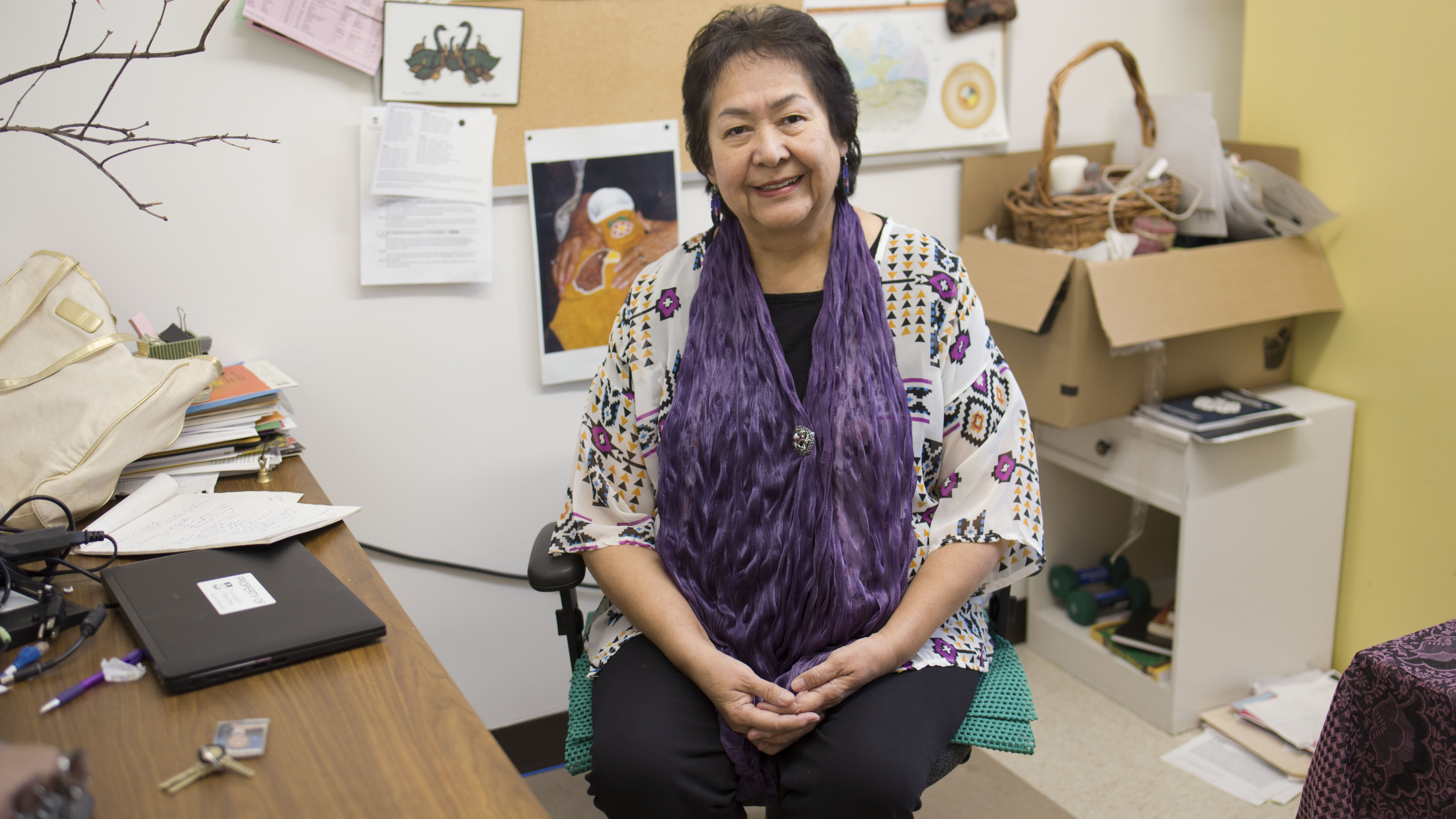 Indigenous U of M professor Laara Fitznor expressed concern with the U of M’s Traditional Territories Acknowledgement during a lecture Oct. 4.

Fitznor, an associate professor at the U of M’s Faculty of Education, has been teaching Aboriginal and Indigenous education at the university since 2003.

She said that within that time, she has had to consider her own position in academia with regard to the U of M Traditional Territories Acknowledgement.

“I’m happy that the land acknowledgment was done,” said Fitznor during the lecture.

“That’s why I should bring to your attention that the [Canadian Association of University Teachers] has been working long and hard with Indigenous scholars to start putting forward recognition and wording that recognizes territorial acknowledgment, something that Indigenous peoples have always done.”

The acknowledgment is read at school events and is meant to show the university’s commitment to creating a supportive learning environment for Indigenous people, while recognizing the harm caused to Indigenous people by settlers in the past.

In an interview, Fitznor reiterated that while she supported the usage of the Traditional Territories Acknowledgement, it is not without issues.

“We’re at the era where the recognition of those past wrongs is happening, and that we’re going to try to reshape those institutions in some form,” said Fitznor.

“Those acknowledgments of the land is one way but that’s just words.”

The hour-long lecture was titled Indigenous Education and Understanding our “Positionalities” for Bridging “our Worlds” for Reconciliatory Efforts.

This is the second lecture in the U of M’s Indigenous Scholars Speaker Series.

Both lectures have raised concerns about the university’s approach to reconciliation efforts. On Sept. 20, Barry Lavallee hosted a lecture in which he called for U of M president David Barnard to step down.

Fitznor also spoke about the need to understand ourselves within the multiple contexts we each inhabit such as race, class and gender.

The talk explored how reconciliatory efforts require us to see different perspectives, both of others and ourselves.

Fitznor delved into her own life for examples.

She explained how her multiple names — her legal name, her Cree name and a name given to her by Anishinaabe elders — show an example of her place in multiple different worlds, and how her heritage has encouraged her to consider her own positions in relation to issues facing Indigenous people.

Fitznor said her position as an educator at the U of M was part of why she was critical of the acknowledgment’s wording.

Idle No More: an overview