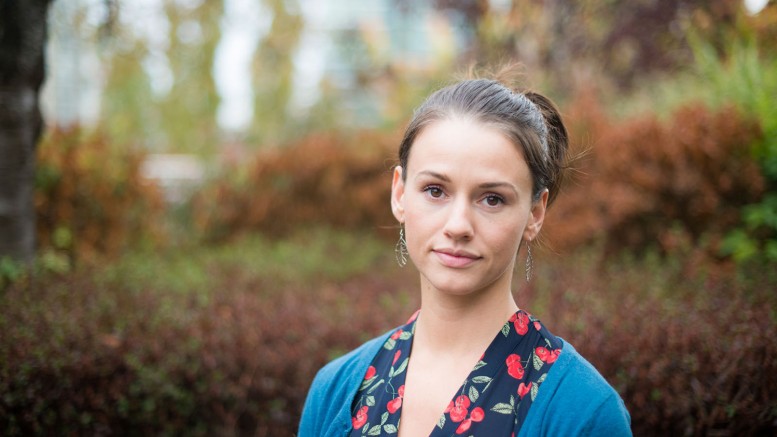 UBC doctoral candidate Brittany Barker, seen above, was the study's lead author. Photo courtesy of BC Centre for Excellence in HIV/AIDS.

Kora DeBeck, assistant professor in the school of public policy at Simon Fraser University and research scientist for the B.C. Centre for Excellence in HIV/AIDS, was one of the authors of the study, titled “Aboriginal street-involved youth experience elevated risk of incarceration.”

The study sheds light on potential explanations for the difference in youth incarceration between aboriginal and non-aboriginal groups. Due to general limitations, it cannot, however, highlight specific causes.

“But I think what this study shows is that there may be something else happening as well and that there could be different policing practices or just different risks for aboriginal youth.”

The study used data collected through the At-Risk Youth Study (ARYS) between September 2005 and May 2013, which analyzed youth between the ages of 14 and 26. Participants in the study completed a questionnaire administered by an interviewer once when they became involved with the study and twice a year from then onward.

After adjusting for drug use, homelessness, and other factors, the study found that street-involved aboriginal youth were 1.4 times more likely to face jail-time than their non-aboriginal counterparts.

This may help explain why aboriginal people comprise approximately four per cent of the Canadian population but make up 23 to 27 per cent of inmates in provincial and federal prisons.

The primary outcome of interest for the study authors was recent incarceration – which is defined as spending a night in detention, prison, or jail in the last six months – compared to youth who had not been incarcerated in the previous six months.

The pattern of aboriginal youth being incarcerated at a higher rate was even addressed at an election event in the Vancouver Quadra riding earlier this month.

According to Joyce Murray, who was recently re-elected as the Member of Parliament for the riding, the Liberals plan to spend $2.6 billion on “bridging the gap” to help aboriginal youth complete their high school education.

“In B.C., there are more aboriginal people that go to jail than graduate high school on reserves,” said Murray.

“It is a tragedy of lost opportunity and lost fairness.”

Despite limitations in their ability to explain the disproportionate incarceration rates for aboriginal youth, DeBeck said these studies are important in order to look at this issue more closely and begin untangling why the discrepancies exist in the first place and then have policy interventions to reduce them.

When DeBeck was asked what she hoped people would take away from the study, she said she would like it to change the context in which people look at the health outcomes of others.

“What I hope that it does is bring attention to how lots of the health impacts we are seeing in the real world are often influenced by larger social and structural pressures and factors,” she said.

DeBeck also noted that she would encourage people “to not look at […] certain differences in health outcomes as just a result of people’s individual behaviour, but seeing that that behaviour is shaped by the environment and the laws.”

The funniest night in Winnipeg