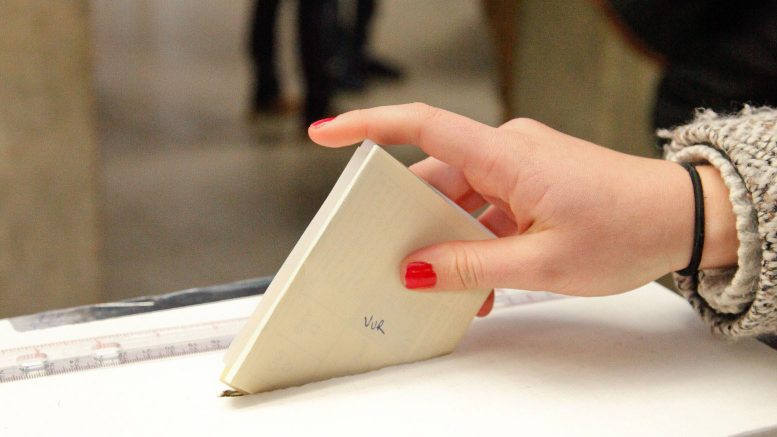 A candidate who ran for the University of Manitoba Graduate Students’ Association’s (UMGSA) VP external claims a penalty issued by the chief returning officer (CRO) for campaign violations was unfair, and cost him the election.

Voting for the UMGSA elections ended March 23, and results were announced the following Monday.

Ahmed Elwali, a doctoral student studying biomedical engineering, was penalized for a number of violations by the committee overseeing elections, which led to a deduction of 32votes from a total of 320  cast in his favour – leaving him with 288 votes. His opponent, Skye Kushner, was elected with 297 votes out of 617 cast.

Ekezie said the first violation concerned the use of the UMGSA logo on campaign materials, which is not permitted under election procedures.

“That logo is a copyright issue,” he said. “He didn’t take permission from UMGSA to use the logo, and UMGSA does not permit candidates to use the logo because it would be like the UMGSA is specifically backing a particular candidate, and they don’t allow that.”

According to the Ekezie, Elwali was instructed to take down the posters and reimbursed for the cost of printing.

Elwali was also penalized for sending what were described as “unsolicited emails” to some graduate students requesting they vote for him.

Elwali admitted he sent emails to students as a way of informing potential voters about his policies and platform.

As per the rules listed in the electoral procedures, “materials” sent out during the campaign which are not requested by voters are considered “unsolicited.”

Ekezie added that the manner in which Elwali obtained these email addresses also violated the U of M’s rules,as he obtained the emails of “over 50 [graduate] students” through the U of M “people search”service.

The U of M website states that the “use of this directory to prepare mass mailings is prohibited.”

Elwali argued the emails were sent individually to students – not all at once – and did not warrant a penalty.

Ekezie also said that after he instructed Elwali to take down the physical posters that displayed the UMGSA logo they were sent to voters through the unsolicited emails – which Elwali maintains was unintentional.

Ekezie said intent is not relevant, and noted that Elwali could have been disqualified at that point, but was allowed to continue in the elections.

“I had the power to disqualify him from that moment, but in all fairness, I allowed him [to] run for the election,” Ekezie said.

Ekezie said for the solicitation of information from the U of M website and mass emailing of unapproved emails, he gave Elwali one demerit – reducing the total votes cast in his favour by five per cent.

Additionally, for using the logo again after having beeen told to desist, Elwali was given another demerit, reducing his vote count by a further five per cent – for a total reduction in recorded votes of 10 per cent.

Elwali said that since the alleged offences were all related to the issue of sending unsolicited emails, it was unfair for the penalties to consist of multiple demerits.

Elwali appealed the demerits, but the elections committee voted unanimously to maintain the penalty.

Steven Fletcher and the secession vote