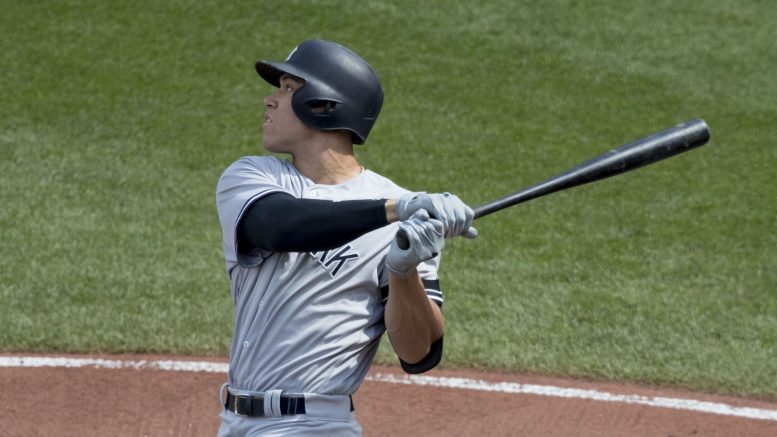 If you have been paying attention to baseball recently, it seems we are headed towards a trend of seeing more baseballs go over the fence. In 2016, there were 5,610 home runs, nearly breaking the record. There seems to be two different changes in the game coinciding together perfectly.

Rob Arthur and Tim Dix of FiveThirtyEight published a feature in March that combined research done at FiveThirtyEight and The Ringer with the findings from researchers at the University of Southern California’s (USC) school of medicine and Kent State University’s department of chemistry and biochemistry. Alan Nathan, a physicist at the University of Illinois, did his own independent research after he was part of a group commissioned by the MLB to perform an investigation into the baseballs used since mid-2015, the time at which there was a noticeable uptick in home runs.

Researchers from USC performed a CT scan on two different groups of baseballs, one from 2014-2015 and the other from 2016-2017. They found the newer group of balls were, on average, 40 per cent less dense. These balls were then sent to Kent State and it was further concluded there was a difference in the chemical composition of the newer balls, contributing to the lower density. A feature from The Ringer found the baseballs bouncier, and FiveThirtyEight concluded the balls were also less air resistant.

The researchers concluded the ball could fly 8.6 feet farther and, from Nathan’s calculations, this led to a more than 25 per cent increase in the number of home runs.

According to Arthur and Dix, a “philosophical shift” may also be involved: while risking more strikeouts, an increase in upward swings leads to more balls in the air and so more home run opportunities.

A feature published March 21 by Tom Verducci explained the new era of baseball where a big change was happening to one thing specifically: the batter’s swing.

However, more and more players are now using a different approach: enter the southern hemisphere and exit the northern. It’s a swing that, when at the right angle, generates more fly balls.

“If you’re 10 years old, and your coach tells you get on top of the ball? Tell him no,” said Blue Jays third baseman Josh Donaldson on an MLB Network segment. “Because, in the big leagues, these things they call ground balls are outs. They don’t pay you for ground balls.”

In 2015, after MLB rolled out “Statcast,” which showed the launch angle on home runs, Verducci noted one thing: the average launch angle has increased every year since Statcast debuted, from 10.1 degrees to 11.0 with 26 degrees considered the sweet spot for home runs.

“Or do you want to see me sock a few dingers?”

Donaldson was one of the players mentioned in Verducci’s feature who, after doing relatively poorly early in their careers in the batting department, saw a surge in production after adopting the new swing. Donaldson, Justin Turner, and J.D. Martinez are all experiencing a middle-age resurgence after embracing the batting philosophy taking the league by storm.

The league’s young talent, like Kris Bryant and Cody Bellinger , built their game on this same swing-generating loft. Not only the old guys know, but the young ones as well, they have got to hit the sweet spot.

MLB balls are now meant to be crushed, and the players are starting to employ swings meant to crush balls. Until pitchers learn to adapt, it looks like the only way is even more home runs in 2018.