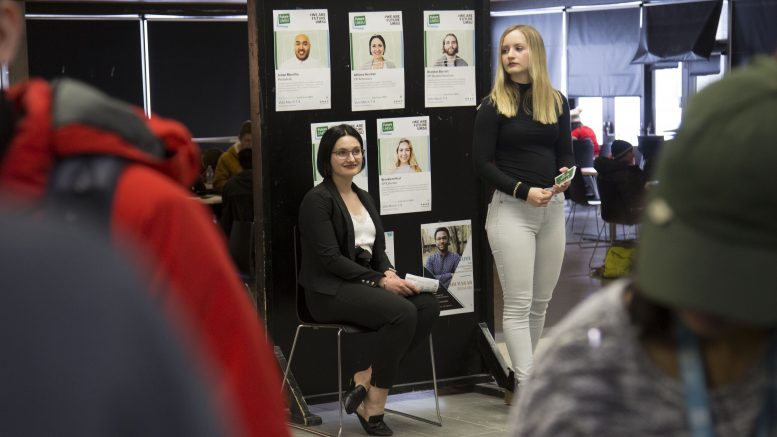 Voting for the 2018 UMSU general elections will take place from March 7 to 9. Three slates are in the running – two full slates for five executive positions, and one partial slate running for two.

With voting approaching this week, the Manitoban unpacks each slate’s major platform promises.

The slate also wants to ensure that UMSU councils will consist of involved, engaged, and informed representatives in the future.

Future UMSU presidential candidate and current UMSU VP finance and operations Jehan Moorthy said implementing training strategies for councillors will help with what he sees as a “lack of engagement or awareness that currently exists in UMSU governance.”

“This ultimately will ensure student voices and feedback are utilized when it comes to deliberating issues within the council chamber,” he said.

Moorthy and his team plan to lobby to revise the university’s GPA and voluntary withdrawal policies so that students wishing to retake a course only see their highest grade on their cumulative GPA and are not faced with a penalty if they choose to take a course they previously withdrew from.

The team has also pledged to renovate G.P.A.’s Convenience Store, introduce an on-campus delivery service, enhance the Bison Sports brand, and implement a flex-pass parking system to allow students to purchase a parking pass for designated days of the week.

Future UMSU wants to ensure the union runs efficiently while building public trust and transparency through setting up infographics in central locations.

To improve safety on campus, the team has promised to work alongside the Womyn’s Centre and other groups on campus on women’s health and safety through raising awareness on sexual consent and birth control, co-ordinating self-defence education, and increasing the distribution of feminine hygiene products.

VP advocacy candidate Athena Skarban said she also wants to work with campus security services “to provide a better a presence at all hours.”

“I want to increase the amounts of support for victims and work with existing advocacy groups on campus,” she added.

In addition to promoting sustainability and active wellness on campus, the slate wants to address substance abuse on campus through raising awareness of the availability of Naloxone kits and providing harm-prevention training.

Brandon Barratt, candidate for VP student services, said that the issue of substance abuse is one which is not often addressed on campus.

“It is something I am passionate about as [it] is something that I have personally been effected by, in a loss of a friend,” he said. “I hear about the problem of overdosing on substances, but never hear of anything being done to take action.”

Clowns to the left of me, jokers to the right