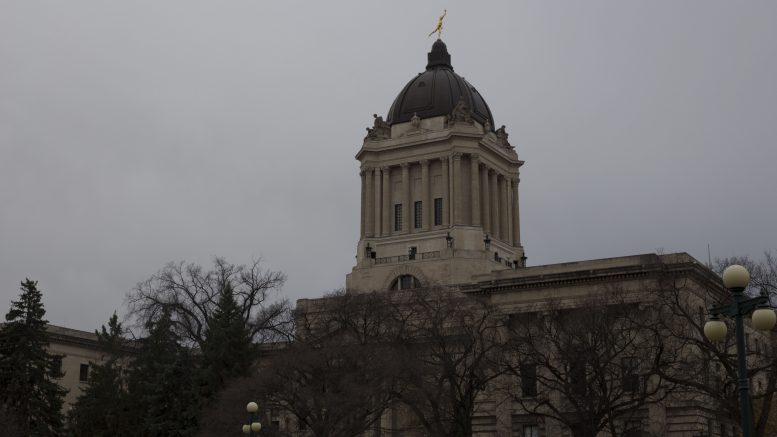 The government has asked post-secondary institutions to make up the funding reduction through other forms of revenue, including tuition increases.

“We are making tough decisions within our government as we steer Manitoba back onto a better fiscal track and we expect our post-secondary institutions to do the same,” he said.

“Manitoba students pay the lowest tuition in western Canada and enjoy the third lowest rate of tuition in all of Canada and we will work to ensure it remains that way.”

In November, the provincial government passed the advanced education administration act, allowing universities and colleges in Manitoba to increase tuition by five per cent plus inflation annually.

The U of M has indicated it intends to take advantage of the act and tuition fees could climb by about 6.6 per cent in the upcoming fall term. The legislation also lifts restrictions on course-related fees.

The government scrapped the tuition fee income tax rebate for graduates who stay in Manitoba, in the 2017/18 budget.

In a release posted on UM Today following the Progressive Conservatives’ budget announcement, U of M president and vice-chancellor David Barnard said the cuts are “disappointing and present considerable challenges to our institution’s budgeting process.”

“My colleagues and I will continue to advocate strongly with government for appropriate funding levels to ensure our province experiences the benefits of ongoing research and innovation,” Barnard added.

U of M executive director of public affairs John Danakas said the university will continue delivering the quality of programs and services students expect while pushing for increased funding.

“The university will continue to advocate with government to raise awareness of the value of an appropriate level of investment in a research-intensive university to the continued economic and cultural prosperity of the province,” he said.

“In the long term, increased funding to the university of Manitoba improves the level of prosperity in the province,” Danakas added.

“Part of the long-term plan to improve the capacity and competitiveness of the University of Manitoba and other post-secondary institutions continues to be to bring tuition rates in this province more in line with those in other provinces.”

The province will also increase funding to the Manitoba Bursary Fund by $2.6 million – the total of which will go towards low-income Indigenous students and towards expanding the eligibility to students studying at private religious institutions. However, overall funding for post-secondary bursaries and funds will decrease by $100,000.

Funding for Research Manitoba, which provides grants and funds for research in health, natural and social sciences, engineering, and humanities, will be slashed – a reduction of more than $3 million.

“It does not in any form address any important issues or concerns of post-secondary students,” he said.

“The budget once again proves the government’s lack of commitment to investing in accessible and affordable post-secondary education in Manitoba, but rather continue[s] to balance the books on the backs of vulnerable students.”

Ojewole added that the expected tuition increases will most severely hurt students from “marginalized, underprivileged communities, and lower-middle income families.”

“Investing in education should be a priority for any serious government. Education is an investment in the future of Manitoba, its economy and fundamental to the development and growth of our society,” Ojewole said.

UMSU president-elect Jakob Sanderson said that with the expected rise in tuition and decrease in funding, “the provincial government lied to students and it’s that simple.”

“That’s now proven to not to be true.”

“They’re using our tuition money to pay off the province’s deficit,” Sanderson added. “The cut is so extreme compared to inflation that we’re actually going to get a lower quality of education.”

Sanderson said the incoming UMSU executive will advocate to the university on behalf of students to implement a scholarship aggregator to link students with scholarships and bursaries eligible to them.

“UMSU does not have the money or the capacity and it’s not their role to provide better funding to post-secondary institutions,” Sanderson said.

In regards to his new position as UMSU president-elect, Sanderson said, “What we’ve seen over the last while is UMSU executives that seem less than inclined to engage in strong mobilized advocacy efforts.

“And I can promise students that our UMSU executives will try everything that we possibly can to educate these students about these issues, listen to students about how they want us to respond, and mobilize and advocate with the full force of our membership to try and make education as high quality and affordable as possible for our students and that’s a promise we intend to keep.”