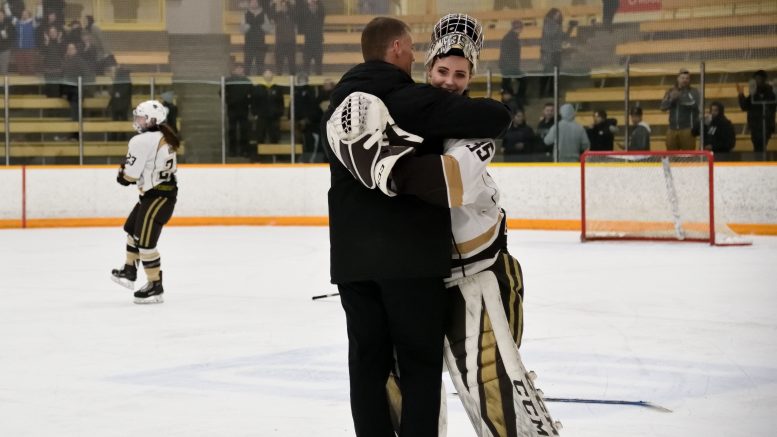 The past week for Bison women’s hockey team has been a wild one.

Prior to capturing their third Canada West Championship, the Hockey Hall of Fame (HHOF) came calling for some memorabilia. The HHOF requested Jordyn Zacharias’ stick and the puck used to score the game-winning goal in Manitoba’s thrilling quadruple overtime victory in the Canada West semifinals against the University of Alberta Pandas. The hall also asked for the stick of Venla Hovi, who assisted on the play, as well as that of rookie goaltender Lauren Taraschuk’s .

Earlier in the week, Taraschuk was named the Canada West Rookie of the Year for her performances during the regular season. Taraschuk finished the year with a 0.71 Goals Against Average and a .961 save percentage. She also collected five shutouts in 12 games. Taraschuk and fellow teammate Lauren Warkentin were also named to the Canada West All-Rookie team.

Bison head coach Jon Rempel was named the Canada West Coach of the Year for the second straight season, guiding his team to a Canada West best 22-5-2-1-1 record in the regular season. 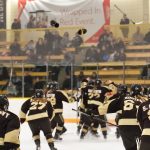 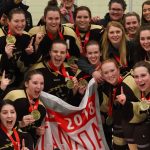 U of M gets in on Jets excitement