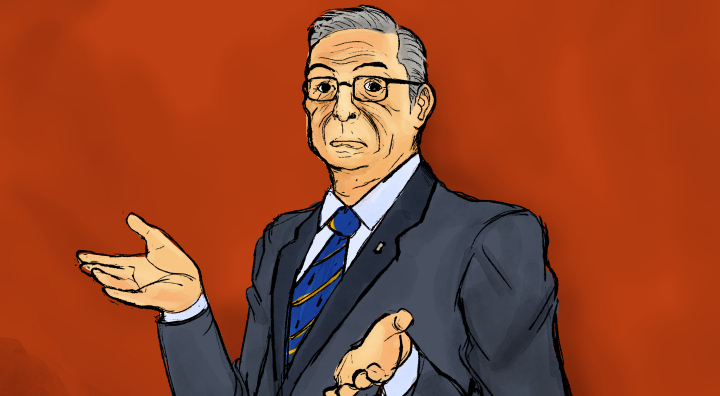 Budgets are not only seemingly endless columns of numbers. They are a statement of the values and political priorities of the government.

The budget released March 12 reduced the province’s operating grant to the U of M by 0.9 per cent. However, anticipated tuition increases and savings from the government’s wage freeze legislation will likely offset the cut in the operating grant, such that the university will have a level of financial maneuverability similar to what it has had in the past few years. Some things, though, are going to be very different.

Overall support to the university will be relatively unchanged, but the replacement of provincial operating grants with tuition revenue is a trend that has far-reaching implications.

First, this shifting of costs from the wider society to individual students represents a failure to recognize that all of society benefits from a well-educated population, and therefore all of society should contribute to the cost of that education.

Second, as those costs are shifted to the students, education becomes unaffordable for an increasing number. Within the UMFA ranks, we have already noticed that young faculty have much less financial flexibility than did more senior faculty at the same stage of their careers. University faculty, including both UMFA and non-UMFA members, have typically spent at least 10 years acquiring their post-secondary education, so young faculty carry more student debt as their tuition was significantly more expensive than that of previous generations.

And tuition increases are not the only thing students have to worry about.

The Manitoba government has also cut the tuition fee tax rebate program, and the federal government eliminated the education and textbook tax credits in 2017. Adding it all together, the after-tax cost of postsecondary education for Manitoba students will skyrocket. Costs to international students were already high, and will climb even more. The situation for the current generation of students will thus be far, far worse than what their predecessors faced.

Even more problematic is that as costs of education rise, access to education becomes more unequal. The societal divisions created by inequality of income and opportunity are well documented. The waste that occurs from not developing the potential that exists in the increasingly large segments of our society denied access to affordable education is staggering. Providing access to student loans, a common remedy offered by government, is no solution: borrowing to pay for an unaffordable education does not change the fact that the education is unaffordable. It stays unaffordable, just with interest added.

Another concern is the effect that the replacement of operating grants with precarious tuition fees has had on universities. Some suggest this motivates universities to perform better. Of necessity, it causes an obsessive focus on tuition dollars which can lead to a wide range of dysfunctional behaviours, from implementing “flavour of the month” academic programs to lowering academic standards. Universities funded by operating grants still have incentives to perform: funders can, and should, perform robust assessments of how well universities are fulfilling their academic responsibilities. The goal of performing well on an informed, careful, long term assessment will lead to better universities than will a goal of picking the greatest number of dollars from students’ wallets.

We in UMFA are also greatly concerned about the effect that increased tuition fees will have on the future of faculty at postsecondary institutions. There has been an increased tendency on the part of universities to hire casual academic staff rather than offering traditional permanent tenure-track research and teaching positions, a tendency that is also fuelled in large part by reduced government funding for universities and greater reliance on unreliable tuition revenue.

For a bright student with dreams of an academic career, investing in the graduate degrees necessary for that career is becoming both riskier and more expensive. Having the brightest students going on to pursue graduate degrees and work in universities has always been the engine that powers the pursuit and dissemination of knowledge.

Without that engine, the entire institution of academia is at risk.

When analysing a provincial budget, it is tempting to only look at small changes in items line by line. But it is at least as important to critically examine the principles, value judgments, and societal vision held by the government in power that underlie those line items. What the latest provincial budget reveals is that the government places little value on either education or students.