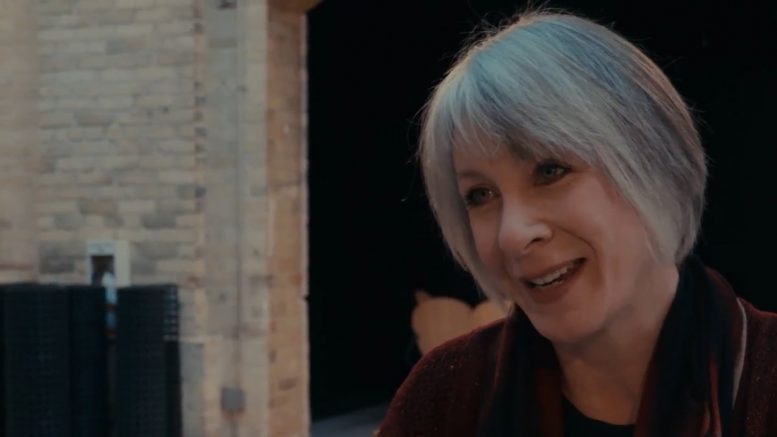 Federal Minister of Employment, Workforce Development, and Labour Patricia Hajdu visited Winnipeg to participate in a discussion with Manitobans about the 2018 budget hosted by the Neeginan Centre March 12.

Hajdu took time to speak with the Manitoban about Canada’s first gender-focused budget, the #MeToo movement, and the economic challenges faced by some young Canadians.

She also spoke to the importance of Bill C-65, an act which amends the Canada Labour Code and the Parliamentary Employment and Staff Relations Act by making it mandatory for federally regulated sectors to develop a framework addressing sexual harassment in the workplace and including protections for political staffers, respectively.

Below is an abridged version of the interview. The full conversation can be viewed online on the Manitoban’s Facebook and YouTube pages.

Manitoban: The government unveiled its first gender-focused budget this year. Is the process of drafting a budget where women are at the epicentre of financial decisions any different than a budget, let’s say, that doesn’t place that sort of focus on women?

Patricia Hadju: It is completely different. I had the honour of being the minister for status of women in my first position when I was first elected. And it became very clear to that we were not going to move forward on our measures to achieve gender equality if we didn’t talk about women’s economic success. And if the policies that we are putting forward – in particular, how we spend our money wasn’t being thoughtful – we weren’t being thoughtful about how it would impact women differently than men.

And so, in [the] budget of 2017 we were able to secure what we call a gender statement. It wasn’t very large, it was essentially a reflection of that fact that we needed to analyze our budget through the lens of equality. And then, this year in fact, the finance minister and the prime minister took it to the next step and decided that first of all anything that was funded, any of the programs had to have a full gender-based analysis – meaning looking at the policy through the lens of the impact it would have on women and whether women would benefit from that policy or not, or whether there would be negative consequences on women.

Secondly, then the minister for status of women and her team – Status of Women Canada – were involved in all the budget discussions. So that they were actually at the table listening and advocating for women as the finance minister and the prime minister were putting together the budget for this year.

Sexual harassment in the workplace and the #MeToo movement

M: How will Bill C-65 ensure that women don’t continue to face bullying, harassment, and sexual misconduct in workplaces? What are some of the next steps that the federal government will undertake to combat gender-based harassment?

PH: The first thing I would say is Bill C-65 is a piece of legislation that will set an expectation for employers in federally-regulated sectors to have a policy on harassment and sexual violence, to have a plan to respond when incidents do happen and then to support people who have experience it in the workplace. The legislation will compel employers to ensure that there [is] an alternative person in the workplace that the person experiencing harassment can go to, if they’re not comfortable with the employer themselves of their manager.

But also at anytime – and this is very new – the person who is experiencing harassment, should they feel that their employer is not following that process, [can] come forward to the labour department and file a complaint, if they feel that at any point the steps have not been followed and their issue is not getting addressed in the workplace.

We know this is not going to solve the issue of workplace harassment. It’s a product of patriarchal culture where men design systems and largely women inhabit those systems. But we do know that it is the foundation for moving forward in an atmosphere that will reduce harassment and sexual violence and hopefully eliminate it. It is going to take all of us, though. It is going take people having those thoughtful conversations about being open to looking at new ways of thinking about things and doing things.

Young Canadians and the economy

M: Millennials, young adults, and recent graduates are over-represented in precarious, contract, or unstable work. How will you work with [Minister of Finance Bill Morneau] to address this concern?

PH: Well I would say that the first thing that we need to do is disaggregate that statement a bit, and understand that some millennials are at risk of precarious work and others are not as much at risk. I think when we are thinking about limited funds and energy of the government, we need to be addressing really those people who are the most at risk of precarious work.

And I think we do youth a disservice when we say that all youth are at risk of precarious work because, in fact, some are on very secure pathways into careers and we actually support young people in schools. For example, we have recently increased the number of student work placements that are available to young people when they are studying STEM [disciplines].

These are paid co-op experiences with employers that often times [are] looking for new talent, so it is a bit of a match-making service. Increasing the access to affordable education through increased grants for people of lower and middle-class income – that will go a long way. Making sure that people don’t have to begin repaying their loans until they reach at least $25,000 a year. That’s a way to alleviate the burden and stress people feel, and maybe encourage young people to take the chance in themselves and study, though there may be some debt accumulated.

So there are a number of things that we can do but I think that we have to be really careful to always remember that it is those who are the most vulnerable who are going to be most at risk of precarious work – people that start university or college and don’t graduate for one reason or another and don’t end up with a certificate are going to be more vulnerable to precarious work, people who don’t enrol in post-secondary [education], and perhaps finish high school but don’t manage to enrol for financial reasons or other reasons. The longer that goes on the more they are at risk of precarious work.

Our responsibly as government is to make sure that our approach is very targeted and that it gets to the people that are the most at risk. And that is why some of the work that we have done is doubling programs like Skills Link, which works with very vulnerable young people 16 to 24, making sure that those programs across the country that young people that have dropped out of school or aren’t employed, that those programs exist, that they are working and they are designed with the person at the centre.