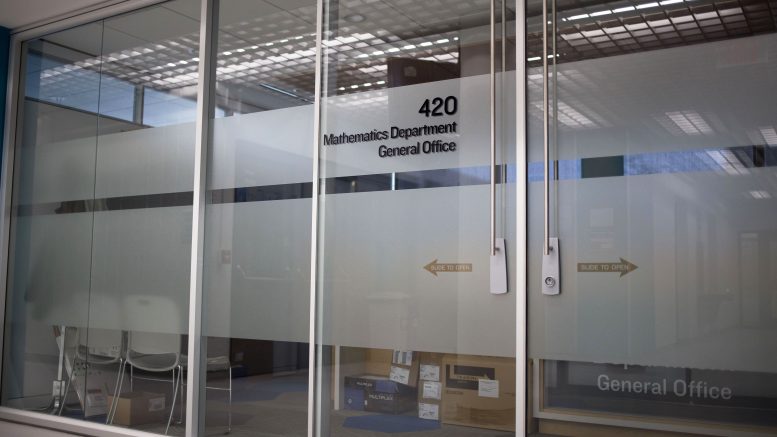 Actuarial science students enrolled in the MATH 2720 multivariable calculus course are challenging what they are charging was an unfair midterm exam.

“A few of us students believe that the midterms that we have been tested on have not been a fair representation of what we have been taught,” reads an online petition published on Nov. 9. By press time, the petition had 87 signatures out of a goal of 94.

The petition does not call for any specific action to be taken but calls for support in asking administration to either raise the curve to boost marks or have optional assignments made available to reduce the weight of the final exam and give students a chance to raise their individual grades.

The Manitoban was contacted by a student enrolled in the course who said the math department organized a review session with graduate students who went over a previous exam to facilitate an understanding of what to look for when preparing for the MATH 2720 mid-term.

“Based on the previous exam, I felt I was extremely prepared for this exam because the questions were straightforward, I could answer them all without any hesitation,” said the student, who asked to remain anonymous. “But [the midterm] was nowhere near this format or the difficulty of questions.”

When the students received their grades back Nov. 9, a mass email was quickly circulated contesting the fairness of the test. According to the student, the class average on the exam was 48 per cent.

Mathematics department head Stephen Kirkland said in an email that the matter is being looked into.

“The department of mathematics is in the process of gathering factual information regarding the issue. Once those facts have been collected we will respond to the MATH 2720 students.”

Students are holding out for a response from the department as the Nov. 17 voluntary withdrawal deadline approaches.

The student who contacted the Manitoban highlighted that the importance of the course is rooted in the fact it is a prerequisite for further courses in their program.

“I am almost screwed right now when it comes to that course,” he said. “That course is required for every other course after it. You can’t take anymore courses and it’s only offered in the fall. So it leaves a lot of wondering what are we going to do.”

The comment section below the petition is replete with students, mostly anonymous, grieving the disparity between the exam and the study material.

“I had gone over ever practice problem at least three times and the practice midterm given at the study session multiple times, and this midterm was nothing like any of the questions,” reads one such post.

“This was the first time in my university career that I had sat down in an exam where I thought to myself ‘I don’t know how to answer these questions.’”

A journey to junior epidemiologist