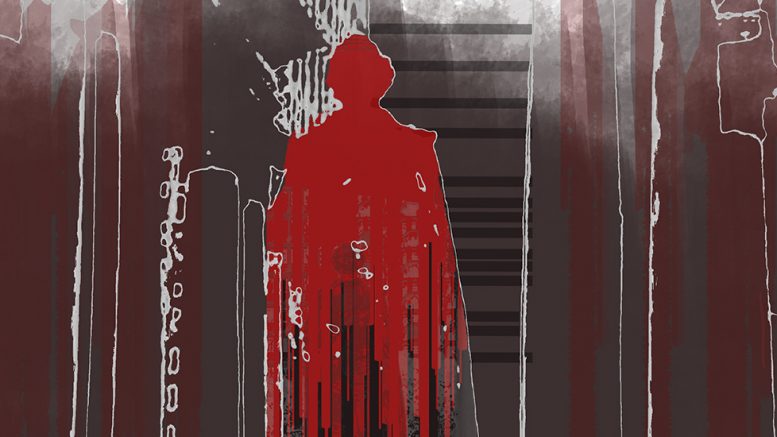 On Nov. 12, an anonymous group of “anti-colonial anti-racists” filmed and published a video of themselves covering a statue of John A. Macdonald with red paint to a Montreal-based anarchist website. Inspiration for this may have come from south of the border, where in August protesters took it upon themselves to topple a Confederate monument in Durham, North Carolina.

I don’t take there to be many truly innocent people in either of these stories as few on either side seem to approach this issue in a positive and effective way.

Toppling or defacing statues that you would rather see banished from the public square is, simply put, bad strategy. Not only is it a criminal act – seven people are still being charged for their role in toppling the statue in Durham – but it accomplishes a lot less than protestors may imagine.

While these acts bring the topic of who is worthy of societal honour into the centre of public conversation, the tone in which that conversation is set allows for people who do not believe in breaking the law to accomplish political goals to easily dismiss that very conversation. It is hard for many to align themselves with people partaking in criminal behaviour even when they do agree with the underlying goal inspiring those actions. Having said that, keeping monuments that glorify controversial figures with shady pasts in public spaces is also a terrible idea.

In the case of Confederate monuments, the historical lineage of these statues empowers Southerners to be proud of their ancestors’ racist past under the guise of “Southern pride,” “heritage,” and “state’s rights.” Simply put, Southerners have said they are against the demolition of Confederate monuments because they identify it with their states’ rebellious political legacy. An NPR/PBS NewsHour/Marist Poll conducted in August 2017 showed 66 per cent of Southerne respondents want existing monuments that honour Confederate leaders to remain in place.

This brand of selective political memory fits right into the same debate happening now in Canada. In 2011, Statistics Canada reported that the country has a total visible minority population of only 19.1 per cent and an Indigenous population of four per cent. Another way of looking at this is a little under 80 per cent of our country has a white, European heritage. This may in part explain why Canadians generally seem to have a favourable opinion of Macdonald. A recent survey conducted by the Angus Reid Institute asked what Canadians thought of removing Macdonald’s name from schools named after him: 55 per cent of respondents said that they opposed this while only a quarter said they were in favour.

I am sure many selectively remember the positive aspects of Macdonald’s legacy: he’s known as Canada’s first prime minister, one of the unifying figures in Canadian Confederation, and was instrumental in the completion of the Canadian Pacific Railway.

Yet pinning these badges of honour to Macdonald’s waistcoat conveniently hides his moral blemishes, namely, his blatant racism and dehumanization of Indigenous people. Macdonald was of the repugnant opinion that the “great aim” of Canadian government was to assimilate Indigenous peoples into white culture, out of indigeneity; to tear Indigenous children from their “savage” parents; and, to remember all throughout this process of cultural genocide, that Indigenous children who were taught to read and write were still just savages, but literate ones.

Macdonald and the Canadian government put racist ideas into genocidal practice. Sean Carleton, assistant professor at Mount Royal University in the history of colonialism, has credited Macdonald as being the “architect of residential schools.” This cultural genocide brought forward by a true white supremacist will forever be a large dark part of Canada’s history.

With this background in mind, put yourself in the place of a young child of Indigenous heritage. They are potentially going to a school named after a man who believed their ancestors to be wild savages, unquestionably inferior to all of the other white students of European descent. Not to mention all of the other reminders – including airports, bridges, roads, pubs, annual holidays, currency, and statues – established and named in his honour as a celebration of his historic acts. These acts include implementing a brutal system of coercive assimilation.

Putting white supremacists up on public pedestals needs to change immediately. If the current federal government is going to throw around the word “reconciliation” like there’s no tomorrow, they must take steps to cast down the monuments which are dedicated to a man who was undoubtedly a white supremacist.

Some protest that to remove mentions of Macdonald from the public square amounts to smudging lines of the history books. Yet this is just a fast and loose assertion used in order to shut these important conversations down in favour of the status quo.

This has nothing to do with rewriting history: it has everything to do with history being displayed in its proper context. For instance, Nazism is most definitely part of Germany’s history. If you go to Germany, you won’t find any pieces of public infrastructure named after Adolf Hitler, despite him being given that honour on countless pieces of architecture years ago. And yet, history of the Holocaust in Germany has managed not to be forgotten, and seen in its proper context in museums and places of remembrance.

For every day in Canada that our own artifacts and pieces of history are not changed and put in their proper context, we are in effect promoting the dark legacy of white supremacy to an impressionable younger generation. It is time we relegate Macdonald and the monuments to him to the museums where they belong.