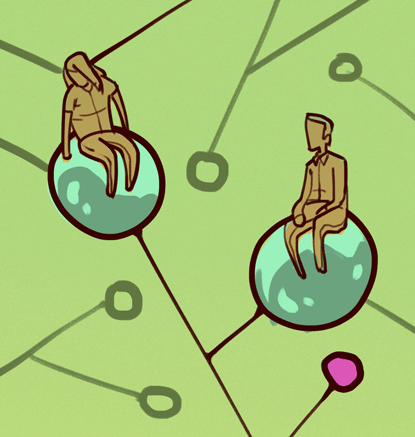 In early November, I wrote an editorial about the gender gap in STEM (science, technology, engineering, and math) fields. The article was met with polarizing opinions concerning what I had written: some people really agreed with me and some people did not.

I think the only thing I really regret about that editorial is the last statement I made, which comes off as flippant and shouldn’t have been included. However, I do not back away from my initial statement about gender-focused initiatives.

I do want to emphasize that my article was based mostly on anecdotal evidence. Gender issues, sociology, and economics are not fields I am well-versed in.

The context of an editorial to general readers may be lost, since it is purely based on opinion. I am not an authority on this topic by any means – it is not something I have studied, or explored in any academic fashion. I have only my personal experience to go by.

I wrote my editorial because I became frustrated with the focus and emphasis on my gender. This, as someone has pointed out to me, might be the symptom of living in a male-dominated society. I also wrote it because, according to a lot of what I’ve read, the odds were against me for choosing to be in a STEM program, but it never felt that way to me.

I still don’t want the focus of my future career to be based on my gender. I am still very happy if someone looks up to me and relates to me based on my gender and feels empowered, but it’s not something I want to go out of my way to differentiate myself with.

I do want to make clear that I did read every thoughtful, insightful response to my article. I especially paid attention to those that disagreed with me. I am not afraid of having my opinions challenged; I think they need to be challenged on a regular basis. I think growing involves a lot of self-reflection on ideas, identity, and goals.

Some of the discussions I had with those who disagreed with me did make me want to analyze my opinion a lot closer (this is especially true after being called anti-feminist).

I guess I wonder about the effectiveness of gender-focused initiatives if the first time I was introduced to one was over 12 years ago, and the enrolment of women in engineering has in fact fallen since then. I would also like to note that my peers from school who also attended this event did not pursue STEM careers.

Each initiative is different, but the ones I have been exposed to more or less try to teach me that I need to be prepared to be treated differently as a woman. This has not been true of my own personal experience, and I don’t see how this message empowers women. I also don’t see how the lack of inclusivity is solved by inclusive efforts. But I might be missing the point entirely.

I do want to continue to explore this topic of proportional gender representation in STEM fields, with a particular focus on engineering. Personally, I think the wrong factors are being emphasized in what influences individuals’ career choices.

Maybe the answer is obvious and I’m just ignorant or oblivious to it. But I can’t imagine it really is simple, or truly explained, if there is a continuing decline in female enrolment in engineering in Canada.

I sincerely would like to engage more directly with this subject. I am open to having my opinion changed, or in the very least, challenged.

I would like to invite anyone who feels compelled by this topic to connect with me and explore it. Whether you agree with me, disagree with me, or somewhere in between, I would love to have this discussion with you.

Chantelle Dubois is the science & technology editor for the Manitoban and can be reached by email at science@themanitoban.com

The systemic issues behind Drumpf’s following