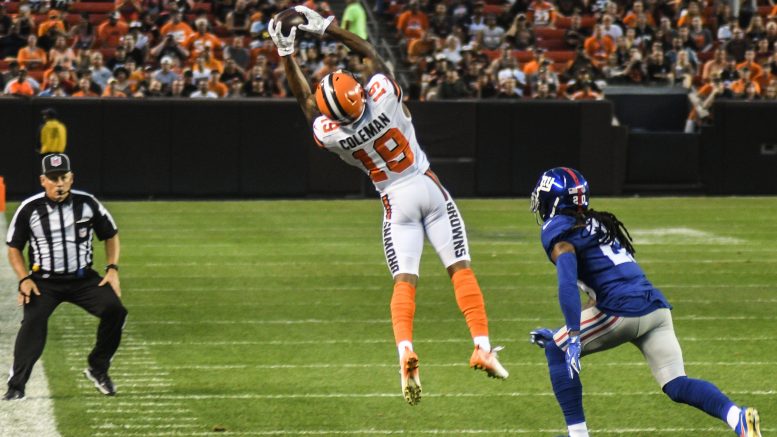 Well fantasy students, we’re on the cusp of the fantasy playoffs. If you’re in, congratulations. If you’re out, don’t be that owner who starts injured players to mess with league competitive balance. Integrity in fantasy football, as in life, still stands for something.

Today’s lecture is part one about the fantasy playoffs. If you’re looking for secrets to winning championships, there are none. However, there are many paths to get to that fantasy title at the end of the rainbow. For example, one of my championship teams had Kevin Kolb at QB. Anybody remember Kevin Kolb? He was the backup QB to Michael Vick during his tenure at the Eagles. Well, Kolb was so-so in the Fantasy Superbowl, but luckily I also had on my team Jamaal Charles in his prime and Kenny Britt when he was able to catch the forward pass.

There are many do’s and don’ts for the fantasy playoffs. Here are a few quick don’ts:

Don’t forget to start a lineup because you were out too late the previous night… studying. Um yeah, let’s go with that.

Don’t start the backup running back Akeem Hunt in KC instead of Kareem Hunt. That would be bad.

But, believe it or not, there are situations where you could start a Cleveland Brown in a playoff match. Isaiah Crowell could be serviceable in a pinch. Corey Coleman has a prime matchup against the Packers porous secondary in week 14. And what will Josh Gordon do when he returns?

In all seriousness, you can implement a strategy where your lineup is a little more matchup-based. Obviously, don’t bench your studs, but if your team is a massive underdog, and your opponent has many more fantasy studs than you, take a few chances on playing an offensive player that goes up against a poor secondary or rushing defence. If you don’t have the horses, why not throw a couple cheetahs into the mix.

And if you’re truly desperate, there’s always the jinx strategy. During this technique, you talk and text your opponent saying things like, “you got this,” “this is going to be an easy win for you,” etc. This is called a reverse-jinx. There’s a small chance fantasy karma may swing your way, but use this strategy only as a last measure of hope.

In my oldest and most competitive league, I have clinched a playoff spot. If you recall a few lectures back, I mentioned I’ve been experimenting with streaming quarterbacks. So far, I’ve had surprisingly good results. I don’t have a stud QB, so I just pick up and start the best signal caller with the best matchup available on the waiver wire. I don’t recommend this strategy for everyone, but so far it has been working out. It also helps that I have Alvin Kamara. I drafted him in the 10th round. I practiced what I preached in this instance – reading, watching the tape, and researching. I also have Doug Baldwin, and to be honest with you all, I may not be starting him in round one. He’s been having an OK season, but he also faces Jacksonville in the first round of the fantasy playoffs. That could be a recipe for disaster; the Jags secondary is nasty good. I may have to start a matchup player in that slot.

In summary, the journey to a fantasy championship is a road paved with many challenges. Some matches feel like you’re doing 100 on the Perimeter Highway. Some matches feel like you’re doing 30 in a school zone. Unless you have all the good players – which rarely happens in competitive leagues – you need many things to break your way. In my final lecture, I hope I can provide some words of inspiration, a la Al Pacino in Any Given Sunday, to help fire up those fantasy players that can lead you to the ultimate glory – a fantasy football championship.

Right down the middle: Stats show that NFL kickers are better than ever