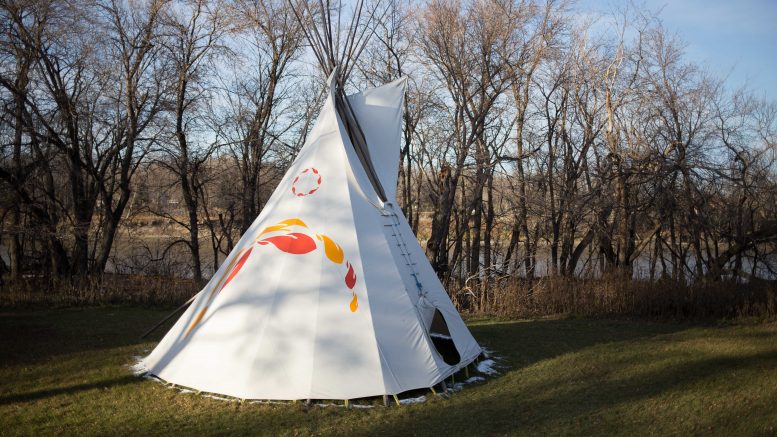 The National Centre for Truth and Reconciliation received a 1.1 million grant from Canadian Heritage.

The department of Canadian Heritage has contributed $1.1  million to the National Centre for Truth and Reconciliation (NCTR) to acknowledge Canada 150 through a nationwide celebration of Indigenous arts, artists, and literature.

The grant will be used to organize a 13-city, nations(s)wide tour branded “New Constellations,” featuring artists and scholars from all backgrounds to celebrate music and arts.

This multi-disciplinary tour, produced by the Basement Revue and Revolutions Per Minute, includes a mentorship component.

The tour aims to connect participating artists with Indigenous youth, creating opportunities for youth to learn and get feedback for their work from the artists. Celebrated local artists, such as Les Boulanger – more commonly known as Boogey The Beat – and Red Rising Magazine will engage with Indigenous youth in community-based workshops to create new partnerships and celebrate Indigenous culture.

“When this project approached the centre seeking assistance to host the initiative, we were enthusiastic to support it,” said Ry Moran, director of the NCTR.

“Efforts to bring Indigenous and non-Indigenous artists together in a space of respect and understanding is central to healing relationships in this country.”

Explaining the importance of arts, Moran said, they “have played, and will continue to play, a critically important role in leading emotional conversations.

“We wish all of the artists well in their work on this project and thank the department of Canadian Heritage for the opportunity to share their work with the country.”

NCTR, located on the U of M’s Fort Garry campus, is a product of the Indian Residential Schools Settlement Agreement that was signed between the government of Canada, Assembly of First Nations, representatives of residential school survivors, churches, and Inuit Tapiriit Kanatami in 2007.

Opened in 2015, the centre is mandated to ensure survivors and their families, researchers, educators, and the public have access to historical records to further reconciliation with the Indigenous peoples of Canada.

The Truth and Reconciliation Commission (TRC), created through the settlement and which investigated the legacy of Canada’s residential school system, issued a report with 94 calls to action in 2015. The TRC said answering these calls will move Canada towards reconciliation and build meaningful relationships between Indigenous and non-Indigenous Canadians.

Recommendation 83 called on the Canada Council for the Arts, Canada’s public arts funder, to make funding for “Indigenous and non-Indigenous artists to undertake collaborative projects and produce works that contribute to the reconciliation process” a priority.

“This exciting tour will bring Canadians across the country together to enjoy performances from some of our most talented indigenous and non-indigenous artists as we work together toward lasting reconciliation,” she said in a statement.

The tour is scheduled to visit Winnipeg on M onday, Nov. 27 at the West  End Cultural Centre.

A bug in your belly