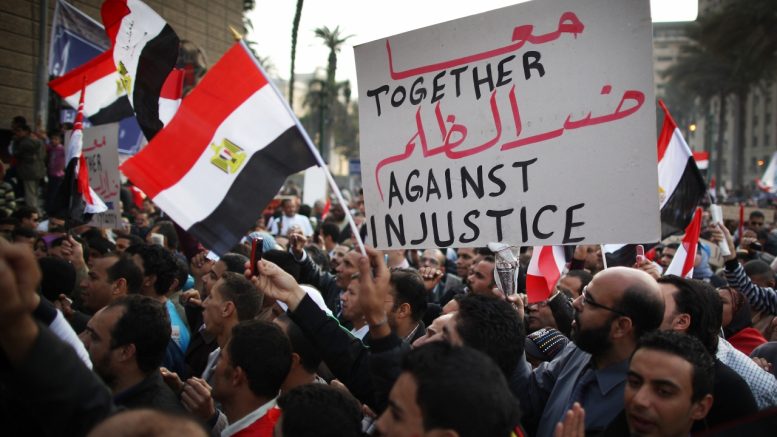 On Halloween, a Uzbek immigrant drove his truck through a bike trail in New York City and left eight victims dead in the process. He then proceeded to celebrate his terrorism by shouting, “Allahu Akbar.” Immediately, the Arabic phrase stole most national headlines.

There is no need for the use of anecdotes in my confrontation of the far-right rhetoric of Islam being inherently a propagation of extremist ideology and nothing more. Instead, it is better to examine the phrase often regarded as the embodiment of everything wrong with Islam: Allahu Akbar, which can be translated English as either “God is the greatest” or “God is greater.”

Yet Western ethnocentrism finds it credible to undermine the extensive and rich history of the Arab and Muslim world by asserting that Allahu Akbar is nothing more than a dangerous, repressive and violent fixture of terrorism. How on earth can one understand a language, history, culture, and religion by ”examining” all through a single phrase or action carried out by extremist groups on the margins of Muslim society?

Allahu Akbar is not inherently the crusading zeal it is made out to be. It is a celebration of life. It is a phrase that brings millions of diverse individuals together every single day through the daily prayers that begin with pronouncing the greatness of God. Allahu Akbar, along with “Inshallah” (God willing) and “Bismillah” (in the name of God) is used daily in many parts of the world by Arabic people of all religions. If you invite a Christian Arabic speaker to an event, they might respond with a “Yes, I’ll be there Inshallah.” If you ask a Jewish Arabic athlete what they say before their competitions, they might tell you it is “Bismillah.” If you ask a Muslim Arabic-speaking activist about how millions of people were able to mobilize in the Arab Spring, they’ll tell you all about the role of Allahu Akbar.

It is important to contextualize the way people felt about mobilizing during the Arab Spring in 2011. The last time Syrians assembled in a large group against the government, in the early 1980s, they were received by a 27-day assault that resulted in the estimated deaths of over 25,000 people. One of the ways they did this was through the binding power of the phrase Allahu Akbar. It was an important political tool in building solidarity and was an important step in mobilizing hundreds of thousands of citizens of different backgrounds and religions into one voice against the repressive Syrian regime.

The initial large-scale demonstrations in the Syrian uprisings that began in 2011 happened every Friday. The role of Allahu Akbar in the Syrian Uprising is rooted in the fact that of mosques being key in the mobilization of the citizenry.

One such large-scale demonstrations is when Muslim Syrians would be observing Friday prayers in the mosques, Christian Syrians, among other religious groups, would wait at the doors until prayer was complete. Then, as a cohesive unit, they would take to the streets. Friday prayers that took place across the country – which all began with Allahu Akbar – were able to mobilize hundreds of thousands of citizens, of different backgrounds and religions, into one voice against the repressive Syrian regime. Having the protests start from the mosques was integral in helping people realize that they were not alone in their endeavour, spurring them to conquer their fears.

The mosques became the hub of mobilization where people gathered and shared deep-rooted feelings of solidarity. In one way or another, Allahu Akbar had a role in binding the citizenry. Funnily enough, the argument can then be made that Allahu Akbar played a role in the mobilization of the Syrian people toward more – wait for it – democracy.

Clearly, then, Allahu Akbar exists far and wide outside the domain of terrorism. The Arabic language has emerged and transformed over thousands of years. The usage of the phrase in the daily lives of Arabs of varying religious backgrounds is an essential note to consider. The linkage of Allahu Akbar to terrorism is supplemented by the idea that it spearheads an extremist movement that is against “Western values.” But, the communal feature of the phrase has had the opposite effect: it instead enabled the progress of democratic movements in the Arab Spring. Reclaiming Allahu Akbar is to see the world not just in black-and-white.

Many people have written on reclaiming Allahu Akbar from the unholy grasp of terrorism after the attack in New York. Most of these articles, however, centered around the authors’ own experiences with the phrase. This included examples of them using it in beautiful but personal anecdotes such as the birth of a child, passing an exam, and even being served a beautiful dish of juicy kebabs.

This narrative, although important in our increasingly Islamophobic society, merely appeases Western prejudices. The presentation of a rhetoric similar to the Not in My Name movement in 2015, where Muslims made viral their condemnation of the Charlie Hebdo attack, should not be seen as the only right opponent to the imbecile binding of Allahu Akbar to terrorism.

For those who are concerned