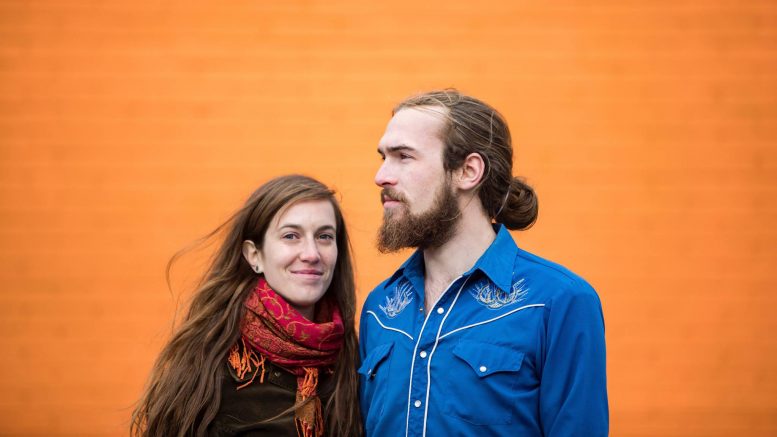 On Nov. 11, attendees of the Bike Winnipeg fundraiser will have the opportunity to listen to the
sweet sounds of local duo Roger Roger and indie-folk artist Heartbeat City while supporting a
great cause at the West End Cultural Centre (WECC).

The goal of the fundraiser is to raise money to aid ongoing efforts to support all-season cycling
in Winnipeg. The aim of Bike Winnipeg is to provide safe, comfortable, and convenient options
to support all types of cyclists as they navigate the city.

Mark Cohoe, the executive director of Bike Winnipeg, said fundraising is an important source of
income to keep the organization running.

“We do not receive any government funding, so the work we do and the staff that we employ
are mainly funded through our membership fees and through fundraisers like this,” he said.

Madeleine Roger, of Roger Roger, is a four-season cyclist and replied right away when Bike
Winnipeg asked her band to play the gig.

“We’re thrilled to be playing at the Bike Winnipeg fundraiser – Winnipeg is lucky to have this
organization advocating on its behalf for improvements to cycling infrastructure, policies,
information, and programming,” said Roger.

“We’re looking forward to seeing all of the overflowing bike racks at the WECC.”

Cohoe has been a fan of Roger Roger since the release of their most recent album, Fairweather,
in January at the WECC. Bike Winnipeg is also using the opportunity to showcase some of the
work they have been doing throughout the past year.

“A lot of the work we do at Bike Winnipeg is invisible, and it often takes years to see the fruits
of our labour, but the work we put in is making a difference,” said Cohoe.

“We’ve been going to council meetings, open houses, and stakeholder meetings since 2009 to
push for proper cycling facilities as part of the Pembina Underpass Rehabilitation Project and
along the Southwest Rapid Transit Corridor, but it’s only now that those projects are being
built,” said Cohoe.

Bike Winnipeg has also supported projects that include ensuring the construction of protected
bike lanes on the new Arlington Bridge project, the extension of bike lanes throughout the city,
and the addition of new bike infrastructure, particularly in downtown Winnipeg.

“Obviously, there’s still a lot of work to do,” Cohoe noted.

“But with over 10km of protected bike lanes being built by the spring of 2019, the city is
starting to move in the right direction.”

The gin and tonic