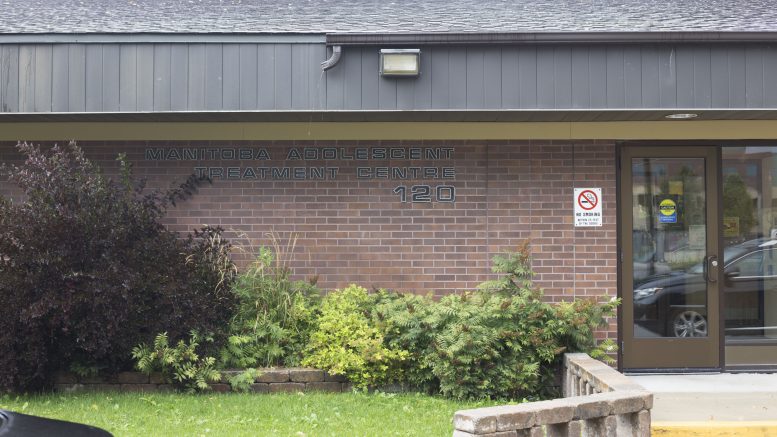 Although Manitoba fares well in certain measures of mental health and addiction care services, such as those provided by the Manitoba Adolescent Treatment Centre, Manitoba has the highest rate of suicide attempts amongst the provinces studied.

A Canadian study published in July is reporting that adolescents and young adults have the poorer access to mental health and addiction care compared to older age groups.

The study, “Toward Quality Mental Health Services in Canada: A Comparison of Performance Indicators across 5 Provinces,” was published on the website of the Centre for Applied Research in Mental Health and Addiction. It compared mental health and addiction service care among five Canadian provinces – British Columbia, Alberta, Manitoba, Ontario and Québec – through developing six health care performance indicators that collected mental health and addiction care performance data.

These indicators include whether an individual with a mental disorder or addiction had ongoing access to the same family physician, whether the first treatment contact was at a hospital emergency department, and whether there was a physician follow-up after hospital discharge.

The study also compared rates of suicide attempts, rates of death by suicide, and overall mortality among people diagnosed with a mental disorder or addiction.

The study reveals that, compared to four provinces studied, Manitobans fare better in terms of access to family doctors and reliance on emergency departments for mental health and addiction care but have the highest suicide attempt rates amongst youth.

This study is the first to make a detailed, extensive comparison of mental health and addiction care performance among multiple Canadian provinces.

James Bolton, associate professor and director of research in the department of psychiatry at the University of Manitoba’s Max Rady College of Medicine, was part of the team of scientists who conducted the study by analyzing existing data from the provincial health-care systems.

“This is a very important study and it’s landmark in Canada because it’s the first time that we’ve been able to look with this degree of detail at all these important measures of the quality of mental health services and the outcomes of people with mental health and addictions,” Bolton said.

Bolton said the study proves just how important it is to collect data on the quality of healthcare in regards to mental health and addiction services.

“For several decades, numerous stakeholders have been asking for detailed data on how people do with mental health and addictions issues,” he said, “and for the longest time we haven’t had that data.”

“If we’re going to improve the kind care that people with mental illness receive, we need to get a sense of what that care looks like in the different provinces of our country,” Bolton added.

“It’s very interesting to see how Manitoba compares,” said Bolton. “So, in certain measures of care we do very well, and in others we need improvement.”

According to the study, Manitobans fare well in primary care management of mental health and addiction care.

Manitoba demonstrates high rates of physician access for young adults, relative to other provinces, with over 80 per cent across all age groups reporting ongoing access the same family doctor.

However, suicide attempt rates among Manitobans are higher than the other provinces studied.

“The area of concern in Manitoba is the rate of suicide attempts among Manitobans with mental illness and addictions and, in particular, among young people,” said Bolton

Bolton explained that while this study provides an outlook of the data collected, it does not address the reasons why Manitoba experiences such high rates.

“You can begin to think about what some of those reasons might be,” he said. “We have a large northern rural population that has more limited access to care and we know that there’s high rates of suicide attempts among that population. So maybe that is one of the reasons driving that finding.”

“This paved the road ahead for what needs to be done,” said Bolton.

Bolton added that, “For Manitoba, specifically, clearly we need to do something to improve suicide prevention.”

Bolton noted that some of the changes that need to be implemented include providing more resources for young people, to address their mental health care needs before they become life threatening, and improving access to mental care post hospital discharge.

Bolton said he believes that this study can help inform future policy decisions as it provides awareness of the scope of the problems and identifies the areas in need of improvement.

“This study is foundational in terms of informing health policy and the provision of care for the mentally ill in Manitoba,” said Bolton.

“This information is now there for decision makers in health and decision makers in government to be able to forward the agendas of mental health care. These are areas where we need to involve stakeholders, work with patients, work with families in order to get better healthcare for those people in that time of need.”