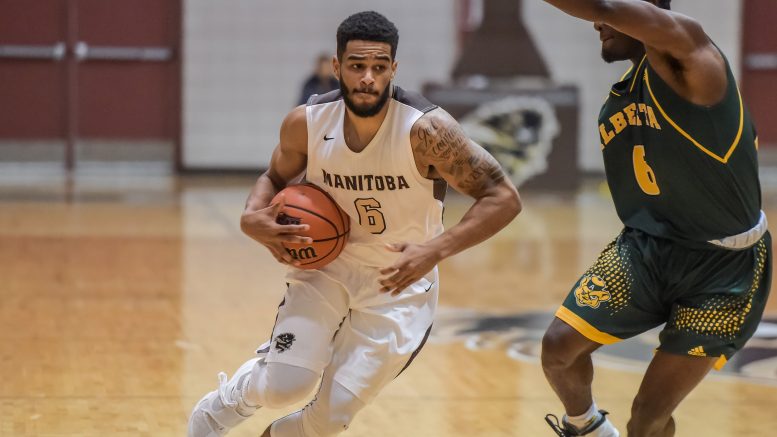 Bison guard Justus Alleyn is heading to China for the 2017 Summer Universiade that will take place in August.

Alleyn is just the second Bison to represent Canada at the International University Sport Federation games which run from Aug. 19-29. Martin Riley represented the University of Manitoba for the 1977 and 1979 games.

“I was just really excited,” Alleyn said. “I’m going to get to go to China, it’s somewhere that I have never been and the fact that the coaches thought that I was one of the top players in the country and being able to represent Canada at the same time it is just a big honour.”

The six-foot-two guard said he is excited to explore the country and take in the other sports being played at the FISU games.

The 2016-17 Bison co-captain averaged 17.4 points per game and was named a Canada West second team all-star last season, as he helped lead the herd to their first nationals birth since 1986.

“This was one of the most eventful years of my basketball career and I’m just thankful I got to do it all through the University of Manitoba,” Alleyn said.

The University of Manitoba men’s basketball team will also benefit from Alleyn’s selection to the FISU games. The veteran is already the leader of the team and will bring back knowledge from a new coaching staff that may be able to help his team next season.

“This is going to be the highest level that I will play at,” he said. “It’s definitely going to help bringing that experience back to the U of M and the other guys on my team and just show them how we got to work if we want to be one of the best teams in the country again.”

Alleyn’s goal for the 2017-18 basketball season is for the Bisons to make a run for the Canada West Championship and secure a birth in a second straight nationals tournament.

“We’re just going to try and get back to where we were last year at least,” he said. “We got a taste of nationals last year and I think everyone on the team is eager to get back and show that we can do it again.”

A lot of work may need to be done for the Bisons to clinch a Nationals birth again, especially with a big chunk of last year’s team graduated. Co-captain AJ Basi, Keith Omoerah, Illarion Bonhomme, and others are no longer on the Bisons roster. However, Alleyn lacks no confidence when it comes to the young guys that will be suiting up for Manitoba this upcoming season.

“One of the toughest things for me to get used to next year is being the older, more veteran guy on the team,” he said. “I’m excited to work with the next generation of guys.”