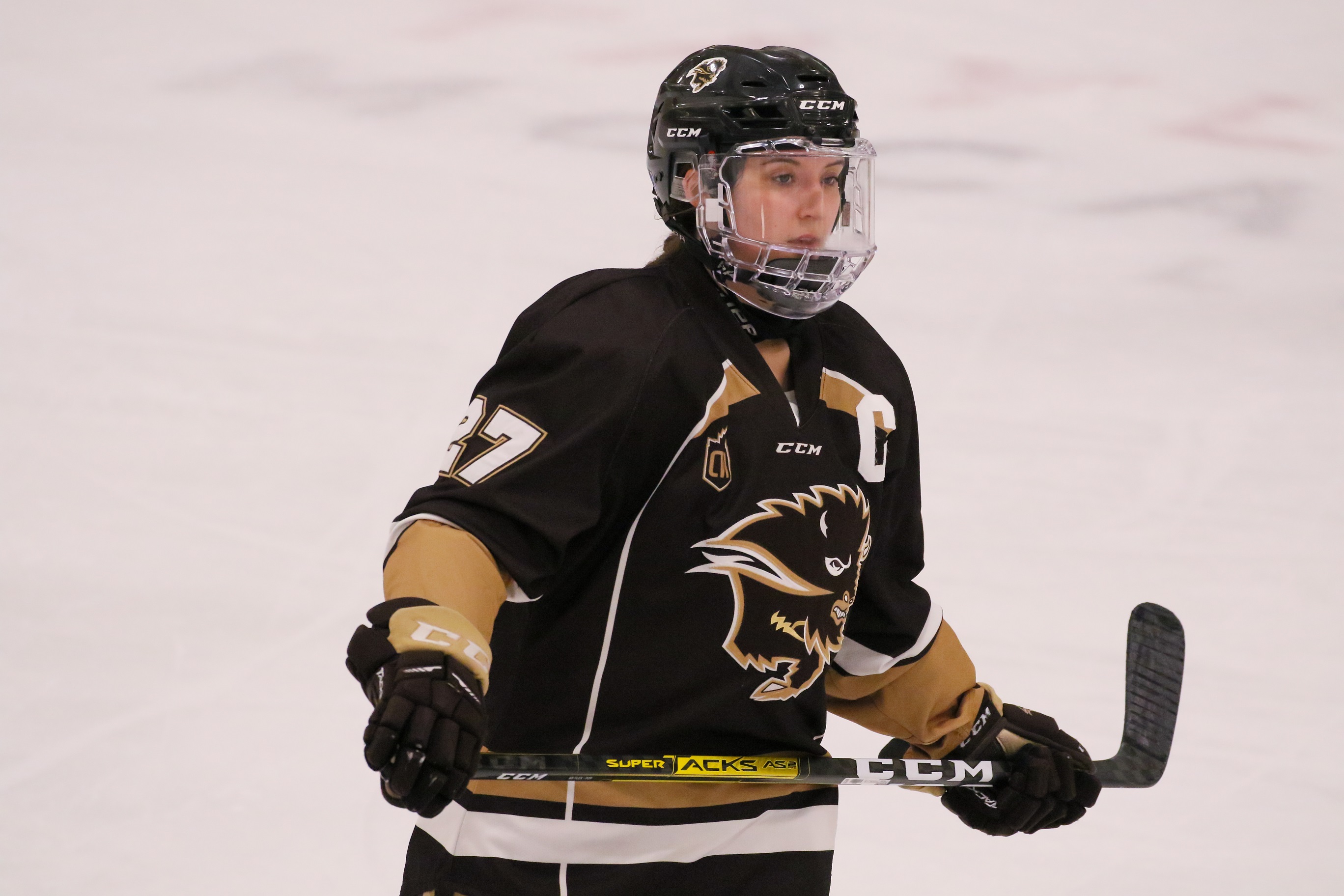 The game was a chance at redemption for the herd after Friday night’s loss, which saw the Thunderbirds triumph 3-2. UBC scored two goals within the first period of Friday’s game, and the U of M couldn’t bounce back from the early deficit.

With UBC’s win over the U of M Friday night, the herd went into Saturday’s game looking for payback. The game started off with the Bisons making good, crisp passes and using their speed in the neutral zone.

As the U of M broke out of its zone in the first period, Dana Goertzen was able to score the first goal of the game, setting up a successful start for the Bisons.

The U of M was able to score within the first period, setting a different tone compared to Friday night’s showing. That game, the herd didn’t score until the first 10 minutes of the second period with a goal by Kate Gregoire.

The Bisons were looking for a win on Saturday to secure a Canada West (CanWest) playoff spot. They currently rank seventh in the standings, just two points behind Trinity Western University.

Undeterred by the loss Friday night, the team rallied Saturday afternoon with breakout passes to its centremen. Despite the different tone, the animosity from Friday night’s game carried over to Saturday.

The contest saw 13 penalties from both teams, with many of these infractions committed in the third period. Manitoba came out with six power plays throughout the entire game.

The U of M did a good job winning most of the face offs, however, the herd had trouble maintaining control of the puck and difficulties with its zone entries.

The herd struggled to maintain pressure on the Thunderbirds, and UBC was able to jump on loose pucks and kill off the Bison power plays by maintaining great defensive gap control.

UBC continued to gain momentum through the game, scoring in the second period and staying aggressive on the penalty kill.

UBC continued to be aggressive in the last few minutes of the game, stifling the U of M’s last ditch efforts and winning 3-1 over the herd. In sweeping the Bisons over the weekend, the Thunderbirds maintained their winning streak and their top position in the CanWest rankings.

The Bisons will play their next game against the Trinity Western Spartans in Langley, B.C. on Jan. 27 and 28.