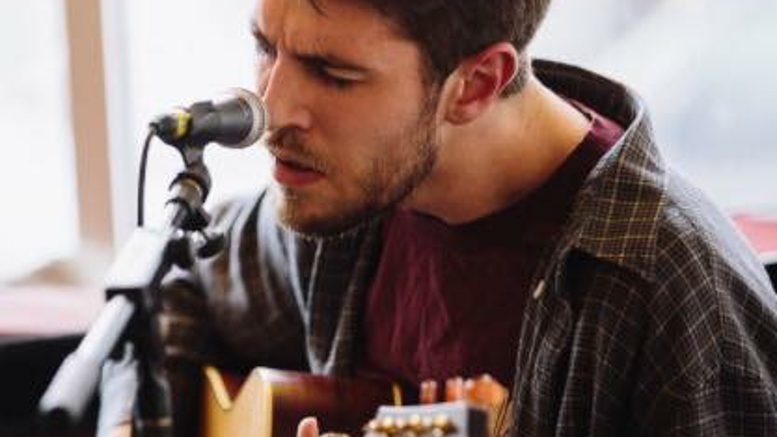 Local singer/songwriter Nic Dyson has made it to the regional finals for CBC Searchlight 2017 competition. The Canada-wide competition is looking across the country for musicians to celebrate Canada’s 150th birthday based on votes cast online for musicians nationwide.

The ultimate winner of CBC Searchlight will receive a lucrative “career booster” package, a commission on an original song for Canada’s 150th, and a two-week songwriting residency with a celebrity mentor, among other amenities. Dyson is one of approximately 230 regional finalists, and one of the top 10 voted in Manitoba.

Dyson’s initial musical inspiration was the headliner for this year’s upcoming Folk Festival – City and Colour.

“He was the one to make me fall in love with the acoustic guitar and honest songwriting,” Dyson told the Manitoban.

“Now, it has evolved into anything and everything. From folk favorites like Iron and Wine, the Head and the Heart, and the Paper Kites to Modern Baseball, Citizen, the Front Bottoms, John K. Samson, the Weakerthans, Lights.”

Dyson’s interest in music started at a young age but only came to fruition in recent years. In his last year of high school, Dyson met a group of inspiring and like-minded young individuals at an arts camp. Along with life-changing friendship, they also provided him with inspiration to sing and play music.

“When it was over, I missed them so much I wrote a song about it,” said Dyson.

“After months of believing it would be the only song I ever wrote, I discovered I was wrong.”

In the summer following his experience at camp, Dyson used music as a type of therapy to aid in some life-altering experiences.

With time, Dyson decided to share his songs with a select few people that he trusted with his music, something that exposed the most vulnerable parts of himself.

Kelly Hughes, the former owner of now-defunct local venue/store Aqua Books, gave Dyson the first opportunity to play a show in his shop, without having heard him play or any of his music before. Ever since, Dyson has been creating and sharing music at larger and larger venues in the city. His first album release nearly sold out the Park Theatre in 2014, and he has now established himself as an act in Winnipeg’s punk and hardcore scene as well.

Dyson’s shows are genuine, and littered with hard-hitting lyrics, emotional highs and lows, and sweet guitar picking that leaves you feel like you’re floating inches above the ground. Hooked on his every word, the audience is wrapped around his finger and melts in the palm of his hand.

“[The] best part is the respectful silence I sometimes get to experience, when I can feel that everyone in the room is hanging onto every word,” said Dyson.

“There’s nothing quite like that, no words to describe it. Worst part is the constant self-doubt that I’ll never write another song again, or everyone will suddenly just stop listening, or that I can always do better. I am never satisfied, constantly pushing myself to write and perform better than before.”

Nic Dyson is celebrating the release of his second full-length album Where We’re From at the Park Theatre on June 16. Tickets are available through the bands, the Park Theatre, and online at www.ticketfly.com