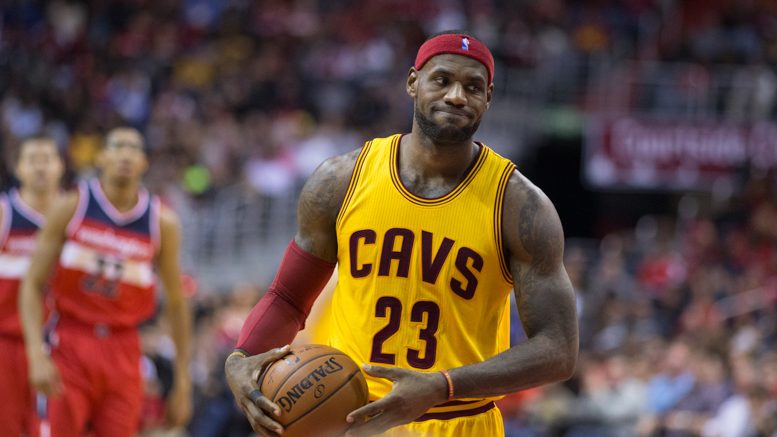 As the NBA draws closer to the playoffs, the season MVP award is up for grabs. Unlike last season where the MVP resulted in the first unanimous vote for Stephen Curry, this year is without a doubt one of the most confusing MVP races to date.

While the emergence of super-teams like the Golden State Warriors and Cleveland Cavaliers have casual fans of basketball thinking that the MVP will come from either of these teams, think again. The 2016-17 NBA season has brought an incredible amount of talent from players that the NBA has not seen in a long time, and for one of these players, something we have not seen since the early 1960s of NBA basketball. Here are some of the most likely candidates to win this year’s award.

One of the forerunners of the MVP race this year, and for the last decade, is LeBron James. The king is back (again) as one of the top candidates this year. Averaging 26 points, nine assists, and eight rebounds a game, James is undeniably the best basketball player on the planet. Not just from his ability to consistently light up the stat sheets, but through his value to the league itself.

It is without a doubt that James is literally the NBA’s most valuable player through monetary standards alone, but we aren’t looking at monetary value. James has consistently made it to the NBA finals for the last six years, winning three of six appearances, and securing the finals MVP award three times. Aside from this, James has done this with two different teams in the past decade.

James seems to carry an innate ability to turn lottery teams into championship teams and for that reason, this year, and most likely for every year until retirement, James will have a say in who the league’s season MVP will be.

Unlike James’ loud and celebrated career, other MVP candidates like to fly beneath the radar of unwary fans. This is the case for the San Antonio Spurs’ Kawhi Leonard. The back-to-back defensive player of the year is finally receiving his time in the spotlight as the retirement of Tim Duncan became a reality for this Spurs team.

Without Duncan, the Spurs rely heavily on Leonard who is averaging 26 points, three assists, and six rebounds per game. Leonard is regarded as a player whose play style resembles that of Michael Jordan.

As an offensive and defensively gifted player, Leonard leads the Spurs as one of the top three teams in the western conference. If history repeats with the MVP award going to the player in a top three team, Leonard is in great MVP contention this year.

Last year saw the Houston Rockets struggle even with two key players in their team in James Harden and Dwight Howard. During the off-season, however, the Rockets opted to let Howard walk and sign a deal with the Atlanta Hawks, which led to Harden having yet another breakout season. With superstar averages of 29 points, 11 rebounds, and eight assists, Harden becomes an instant contender for the MVP award this year.

After this week, Harden has managed to produce 18 triple-doubles, while carrying this team to a top three seed in the western conference. The Rockets are considered a dark horse team this year, having seen victories amongst the top teams in the NBA. If Harden can manage to bring this team to 55 wins this season, and in the tough western conference, there is a high likelihood he will steal the MVP award this year.

Finally, we have Russell Westbrook. After the sudden departure of Kevin Durant from Oklahoma City, Westbrook has been left all alone to carry the Thunder in the western conference.

Westbrook has been doing just that. Despite the lack of all-star quality players on this Thunder roster, Westbrook seems unstoppable on the court. Averaging a 30-point triple-double this season, Westbrook has been destroying records all year. No other player has done this, except for Oscar Robertson who played in the NBA in the 1960s.

Aside from his stats, Westbrook also holds the first overall rating for player efficiency, demonstrating his prowess on the hardwood. If the MVP award is consistent with all other years, it will be hard for Westbrook to end his season with the award as the Thunder sit at 40 wins this season.

If Westbrook could bring this Thunder team to 55 wins and grab the MVP award along with him, he will no doubt be listed as one of the greatest to play the game.

U of M alumnus heading to London