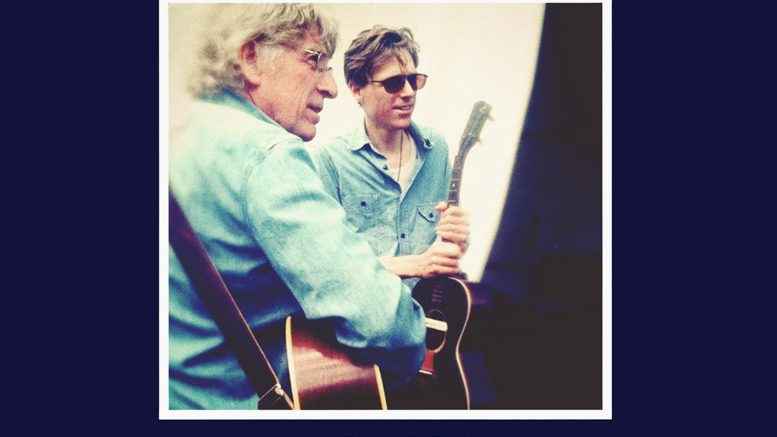 Solidarity marks a heartwarming, collaborative new step for Nova Scotian indie rocker Joel Plaskett. After gaining notoriety and the ability to pursue music full-time within the bands Thrust Hermit and (more recently) the Emergency – while maintaining a steady solo act – Joel’s latest release sees him adopting a mellower sound reminiscent of 60s protest folk and teaming up with his father, Bill Plaskett.

It should be immediately noted that this album contains some great guitar-playing. Opener “Dragonfly” makes this known immediately with some delicate intricate fingerpicking that would sound right at home on a record like Neil Young’s Harvest – that is, until the younger Plaskett’s spastic, twangy guitar solo bursts in to cue the song’s outro.

“Blank Cheque” sports a blues-shuffle sort of rhythm, with Joel’s exuberant, yelping vocals front and centre – the song’s lyricism and vocal melody are actually a little repetitive of Joel’s breakout tune “Lightning Bolt” from 2012’s Scrappy Happiness. The reference/self-plagiarism however, can be forgiven, as “Blank Cheque” is indisputably the best song on the record, featuring a phenomenally catchy chorus, rough and passionate guitar leads, and some of Joel’s best one-liners, like “You can’t get higher, than a climate change denier.”

Overall, while the talent on Solidarity is very apparent and often well used, this album doesn’t quite have the immediacy to truly blow any minds. Aside from standouts like “Dragonfly,” “Blank Cheque,” and the Bill-led “Help Me Somebody Depression Blues” – which carries a real keep-on-truckin’, classic Bob Dylan vibe – most of this album tends to run together, many songs going in one ear and out the other, albeit pleasantly so, with little variation.

Plaskett’s latest is not the searing, guitar-centric Canadian indie masterpiece we may want. What Solidarity is, however, is a heartwarming and fun experiment of an album, with overt and understandable chemistry between its two stars. Solidarity leaves one wanting, but curious what future collaborations between the two could bring.

The October Crisis forty years after

Kinew pledges to stand-up for newcomers