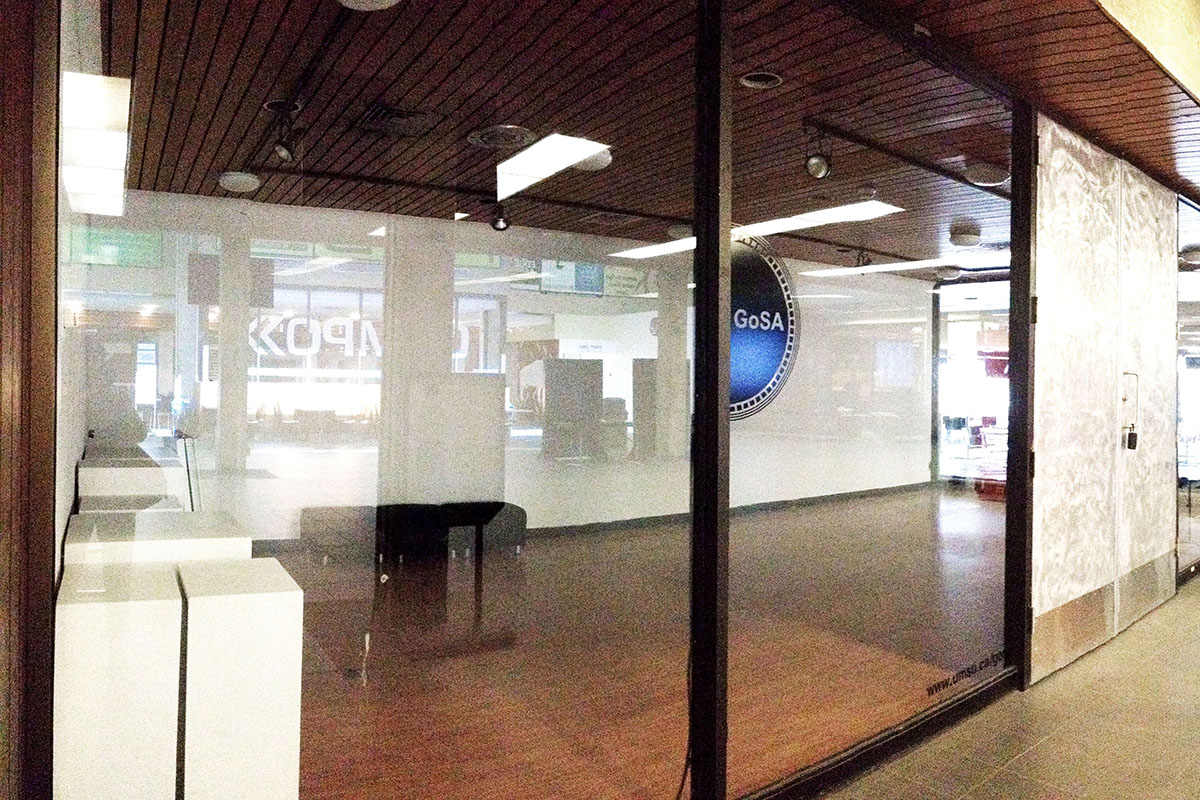 This year’s election for the University of Manitoba Students’ Union (UMSU) executive had a different character than usual. There was a sense that the stakes were higher than they’ve been in the past. Even my music friends—of all undergraduate students, the ones who are most disconnected from the broader campus community—were aware of and talking about the issues. Some of them even campaigned.

In the face of all this passionate involvement, a certain subset of people is inclined toward cynicism. This group has sometimes included myself: this is the first UMSU election I have ever voted in. In the past I either was unaware of the election or refused to vote on the grounds that I didn’t want to encourage the bastards.

I’m not going to lecture anyone about the moral duty of voting. The cynical attitude makes a certain amount of sense when you’re talking about student politics: what can student politics possibly affect? I’m a busy guy, and I don’t have time to vote in an election that doesn’t matter to me.

After all, a vote is a greater time investment than the time it takes to go to the polls. If you’re unwilling or unable to track issues over time and understand the platforms of the different candidates, everybody including you is better off if you don’t vote at all.

A broad understanding of the role and significance of our leaders is a sine qua non of democracy. With that in mind, let’s talk about some reasons you should care: not wishy-washy statements of principle, but solid, practical reasons that your involvement matters.

They control a lot of money

Your vote has a direct and measurable effect on who occupies these positions, and therefore on how this money is spent. By voting for UMSU executive officers and the UMSU Council representatives within your own faculty, you are playing a role in determining whether this money is managed well or poorly.

If you are at all interested in seeing that the collective wealth of U of M undergraduate students is spent on projects that are in our collective interests, then student politics ought to matter to you.

They run services you may depend on

Every cynic must eventually take a turn as Paul on the road to Damascus. My own conversion happened when UMSU announced the closure of the Gallery of Student Art last summer – the same day they amended their statement to say that its budget had merely been gutted and its sole employee fired to be replaced with a clunky and amorphous volunteer program.

As someone with a personal stake in robust funding for the arts, this struck close to home. I got rather haphazardly involved in student politics, writing an open letter to UMSU in ominous and bombastic Allan Bloom-ish language and speaking (poorly) at a council meeting after sprinting across campus from a late rehearsal. I accomplished nothing, but a spark was ignited in me.

There are plenty of opportunities for others to have a similar experience. There are dozens of services and organizations on campus run by UMSU. All official student groups receive at least some support from UMSU, even if it’s just help in setting up a website. UMSU operates the Answers booths, which are among the very few places in Winnipeg where post-secondary bus passes are sold.

If you live in residence, you may depend on the Bison Grocery Run if you intend to eat food. For support, resources, and education, many students depend on the Womyn’s Centre, Rainbow Pride Mosaic, and the Aboriginal Students’ Association. For the culturally inclined, UMSU runs the UMFM 101.5 radio station and still grudgingly funds the Gallery of Student Art.

They also provide some support to a certain publication you may have heard of.

You almost certainly depend on at least one of the services UMSU provides, and therefore have a stake in determining who manages them. With the right people in control, these services can flourish. With the wrong people, they can be horribly mismanaged if they are allowed to continue to exist at all.

They negotiate with government and university administration

The U of M’s Board of Governors has three seats that are appointed by UMSU. Outgoing UMSU president Al Turnbull sits on the senate, and the vice-president advocacy, Rebecca Kunzman, acts as an assessor. On a smaller scale, the student council members in your faculty likely sit in on faculty council, curriculum committee, and other meetings that have a major effect on the way the university is run, both on macro and micro scales.

Zach Fleisher, chair of the Canadian Federation of Students-Manitoba (CFS-MB), is the sole student representative on Manitoba’s newly formed advanced education advisory committee. Christian Pierce, outgoing UMSU vice-president external, is the UMSU representative on the provincial executive for CFS-MB; a fact of incidental interest is that Pierce has not deigned to attend CFS-MB meetings during the present academic year.

The people that you elect to lead student organizations attend meetings and speak face-to-face with major decision-makers. They play a key role in representing the voices of students to our leaders, whether they be university administration or provincial government.

Whether it’s negotiating with government on the U-Pass or student loans, or negotiating with U of M administration on budget cuts, the right person can make all the difference, while the wrong person can do a poor job of representing you – if they bother to represent you at all. If you have an interest in public and university policy taking into account the needs and desires of students—and you do—then you have an interest in student politics.

You have the power to make a difference

I understand electoral cynicism. It is conceivable that, in certain large elections, the effect of your individual vote might be negligible. If you engage in other political activity, you might be having an effect much greater than that of your vote, and if you refrain from political activity altogether you at least aren’t muddying the waters.

But this is much less true as the elections get more and more local. There are less than 25,000 UMSU members, and our voter turnout for elections has historically been low: this year’s figure is 21.9 per cent, which is uncommonly high for UMSU.

This year all but one of the executive positions were won by a margin of less than 500. This means that a rather small number of uninvolved people deciding to vote might have made the election results entirely different.

Of course, getting that many people involved would noticeably lower the value of each individual’s vote. But 1/25,000 is still nothing to sneeze at. UMSU is a small enough community that if every single UMSU member came out to vote, each individual voice would still have a detectable effect on the result.

I am not interested in purveying platitudes about what is and isn’t your responsibility, and certainly nothing makes me angrier than people who suggest that not voting takes away your right to complain. I understand where the cynics come from, and I agree with them a lot of the time.

Changing the balance of power