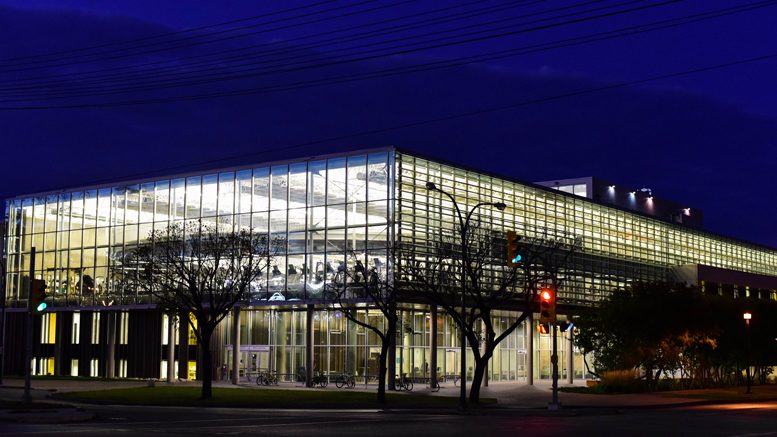 Advanced by Aly Raposo, women’s representative for the Arts Student Body Council and founder of the Women’s and Gender Studies Student Association, similar initiatives are already underway at other Canadian universities, including the University of Winnipeg.

Raposo said the ALC is currently organizing a trial hour for the initiative on Wednesdays that would open the centre’s circuit training room to women, non-binary, and trans gym goers. As soon as the hours are finalized, the initiative will be officially announced.

The U of W began the inclusive gym initiative pilot project in the fall, providing exclusive hours to women, non-binary students, and other marginalized student groups.

Raposo said she was inspired by the move and decided to propose a similar program for the U of M, though she admitted it is a tougher sell in the larger University of Manitoba environment.

“The motive behind the initiative was that there are people of minority groups and people that are needing equality,” she said.

“So we wanted to give them that equity that they needed.”

Saif Baloch, international students’ commissioner with the Canadian Federation of Students-Manitoba, is helping develop the initiative alongside Raposo and said the proposal received strong support from various student groups and the ALC alike.

“They were very open-minded about it and they were very welcoming,” he said. “They’re framing the wording and being careful of the language, being very inclusive.”

ALC director of recreation services Tanya Angus said that when the gym received requests to expand the trial to non-binary and trans people, they were open to it.

“[…] we strive to provide accessible, educational, and enjoyable recreational experiences that benefit the campus and surrounding community through all our recreation facilities, therefore we are going to work with this group to make this happen,” Angus told the Manitoban.

“We are securing a time and working with the group to roll this out soon.”

Raposo and Baloch both emphasized the importance of the initiative, saying inclusivity and safety for all students are key values which they hope to promote.

Both Raposo and Baloch said that while most of the response to the initiative has been positive, there has also been some backlash, especially when it was initially brought forward to the University of Manitoba Students’ Union council.

“When we proposed the idea to the council, there was a lot of confusion and backlash and a lot of allegations calling it a ‘reverse segregation,’ which doesn’t make sense to me at all,” said Baloch.

Despite the criticisms, Raposo said she is resolved to push forward the initiative, especially after the positive feedback she received from students complaining they don’t feel safe or comfortable using the facility.

“I had not just a lot of negative backlash, but I also had lots of very positive feedback from people who wanted the space and who wanted these hours because they wanted to go to the gym very badly but they couldn’t because of the way they felt – unsafe,” she said.

“They [said they] had people that were taking pictures of them in the gym. There were a lot of body-shaming instances. There was a lot of people who didn’t feel comfortable.”

Raposo expressed optimism about the project, saying that if things unfold the right way it could become sustainable for the long term.

“It’s going to be a great success in my eyes,” she said. “And if the right promoting is done, signage is done, as it’s announced, and people are aware that this is happening, and know that it’s available to them, then I think there’s an absolute chance that it could be used as something that will benefit everyone in the long run.”

Correction: The article originally stated that the Active Living Centre would be organizing special hours for women and non-binary gym users. In reality, the ALC is organizing a trial for women, non-binary, and trans gym users in a circuit training room for one hour a week. The regular gym hours and accessibility will not be impacted.

An epistle to the arts