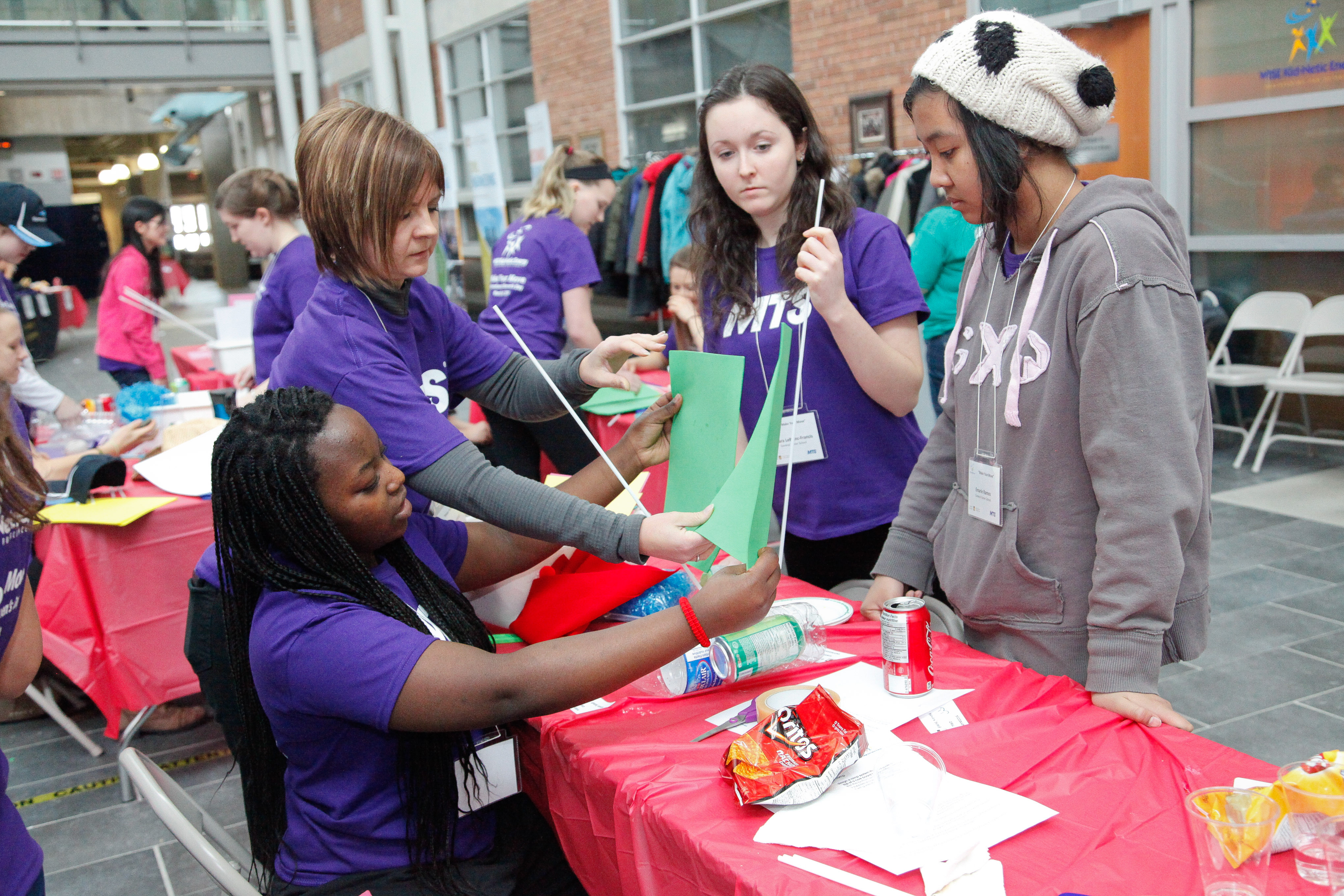 If you were able to tear your eyes away from the election hoopla last week, you may have noticed the breast, chest, and torso casts in the Gallery of Student Art. Along with a sports talk and a sailboat race, the University of Manitoba hosted events throughout the week to celebrate the United Nations’ 39th annual International Women’s Day (IWD).

The Womyn’s Centre facilitated multiple events with an underlying theme of empowerment. The Empower exhibit at the Gallery of Student Art showcased casts of breasts and chests of all shapes, sizes, and colours. Hira Sabzwari, co-ordinator of the Womyn’s Centre, says many casting participants used superheroes as inspiration when decorating their casts.

“We wanted to go against that entire ideal that’s often found in the media, or in comic books, or in any sort of mass media about what women are supposed to look like,” says Sabzwari. The positive feedback the centre received incited a plan for future casting.

In what was seemingly timed perfectly with election week, “Make Your Own Damn Sandwich Day” was held to challenge a mentality that currently exists in society regarding traditional gender roles.

Last Thursday evening, the U of M held its 12th annual dinner to celebrate IWD. Sarah Teetzel, assistant professor in the faculty of kinesiology and recreation management, spoke about gender inequalities in present-day athletics.

Teetzel says that the glass ceiling—women’s underrepresentation in higher corporate positions—still exists in the current generation of athletes in sport.

“The International Olympic Committee (IOC) set a goal of having 20 per cent [female] members to be in place by the year 2000—they set this in the early 90s—and in fact it went down during that time. It’s currently at 18 per cent.”

To promote change, Teetzel encourages women’s participation on boards “so that the IOC can’t use the excuse of not having enough qualified women [for higher positions].”

Addressing this issue is important due to a common perception that the second wave of feminism achieved gender equality in the workplace. There is still much work to be done, says Teetzel. On Saturday afternoon, the EITC atrium bustled with hard-working females in grades eight and nine during an event by WISE Kid-Netic Energy, a non-profit organization that reaches out to youth promoting careers in engineering and science.

Program administrator Nusraat Masood says the underrepresentation of females in engineering is often due to lack of exposure. Youth may not have the chance to interact with engineers, so the event was an opportunity to provide that exposure.

The U of M’s current female enrolment in engineering courses sits at 19 per cent – a number Masood says is the norm countrywide.

The participants partnered with female engineers to try their hand at different challenges. In one challenge, they were given supplies to build a sailboat and were timed to see which team could move the sailboat across a kiddie pool the fastest.

Since the young women will soon be selecting high school courses—some of which are prerequisites for engineering—Masood wants to ensure they keep their options open.

“It might not be for everyone – not everyone likes engineering work or science work. We understand that. But we really want to make sure that young women are aware of options so they can make the best decisions that are good for them and their families in the future,” says Masood.