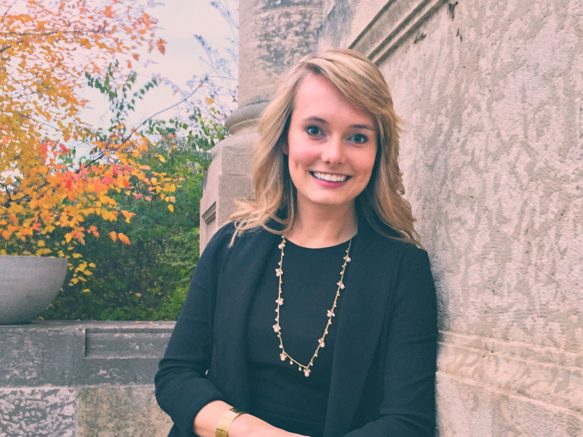 Jacqueline Keena of Daughter of the Vote

As part of events to mark Canada’s 150th anniversary – and to honour 100 years of women’s formal involvement in federal politics – 14 women from Manitoba have been selected to sit in Parliament on International Women’s Day on March 8 as Daughters of the Vote delegates.

The initiative is being spearheaded by Equal Voice, a national organization dedicated to seeing more women elected to all levels of political office in Canada. The 14 are among 338 young women from across cultural backgrounds selected to represent every federal riding in Parliament.

Morriseau said she is extremely happy to be one of the delegates, given her strong interest in women’s participation in politics.

“Obviously it feels pretty amazing to be chosen,” she said. “I mean, all these amazing women across Canada, and just to be amongst the [338] that were chosen is quite inspiring.”

“Increasing the representation of women in politics is something that I feel quite strongly about, as well as increasing Indigenous women’s representation, so it definitely feels like a success.”

Morriseau also noted that although a science degree is not exactly related to politics, they are connected.

“It’s not really related with what I’m doing, which I find pretty interesting, but obviously there is a section of government that adheres to science,” she said.

Keena holds a bachelor’s degree in agribusiness from the U of M, and is currently pursuing a master’s degree in economics at Carleton University in Ottawa.

She said it is an honour to have been chosen and commended the initiative.

“This event was kind of created as a part of Canada’s 150th anniversary celebration, so it’s a real honour,” she said.

“I think it is a really significant thing for the federal government to be part of, and for Equal Voice to put on […] because just over half of Canada’s population is female, but only about 26 per cent of the members of Parliament are women.”

Morriseau called the opportunity to sit in Parliament on International Women’s Day “revolutionary and inspirational.”

“It might even change my career focus, I have no idea,” she said. “I have never really thought of politics but we’ll see.”

On Jan. 24, the fourteen selectees were also invited to a political forum at the Manitoba legislature to discuss women’s engagement in politics, one of 13 such events scheduled for each provincial or territorial legislature.

Betsy Kitchen of Equal Voice said the delegates were selected by a non-partisan panel based on three main criteria: their demonstrated leadership potential, interest in public policy issues, and their level of community engagement.

Morriseau is a member of the Indigenous Circle of Empowerment, an Indigenous students’ group on the U of M Fort Garry campus.

“We do a lot of leadership skills development for ourselves but we also translate that into a lot of community work,” she said, pointing to a Bannock and Backpacks project the group is organizing to support Winnipeg’s homeless population.

Morrisseau is also involved with Create H2O, a group that works toward providing clean water for Indigenous communities.

“That’s something that I obviously feel very strongly about,” she said, adding that “I’ve been translating that into public speaking engagements quite recently, and bringing awareness to the issue.”

While studying at the U of M, Keena served as a University of Manitoba Students’ Union (UMSU) chief returning officer, chaired the electoral reform board, and served as member of the UMSU bylaws committee.