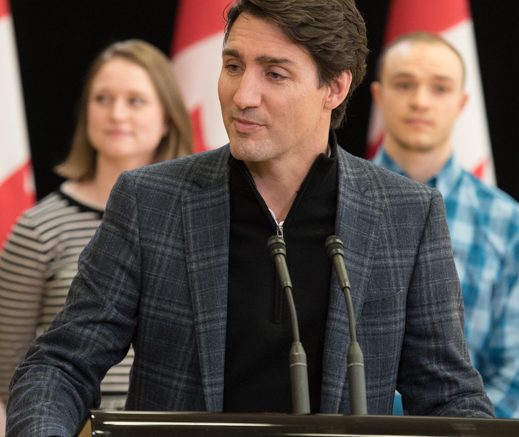 Prime Minister Justin Trudeau may have reneged on an election promise in discarding his commitment to electoral reform, but he was right to do so. Electoral reform is not a pressing need for Canadian democracy, nor are the potential pitfalls worth the risk.
Politicians are often charged with breaking promises and changing their minds on issues. If it is done purely for political expediency, this will reek of hypocrisy and disenfranchise voters. It is unfortunate, however, that this charge is often applied broadly even when it makes sense to alter the legislative agenda.

Electoral reform has never been a burning election issue outside of university campuses or political circles. The reality is that more directly impactful subject areas, such as the economy, job creation, healthcare, environmental stewardship, and others will always be more important to the average Canadian voter. Electoral reform is also an enormous undertaking, one with consequences that may not be immediately discernable. Given the instability within present global affairs, is this really the time to be tinkering with our governing institutions?

The first problem with electoral reform is deciding what alternative model should be used in lieu of the current first-past-the-post system. The ranked ballot model would be viewed as too self-serving and therefore politically untenable, given that the Liberals would be the likely beneficiaries. The other alternative would be proportional representation. This model would more accurately reflect the views of the population, but it could result in representation for fringe groups that could hold the balance of power in coalition governments.

While some will charge that this will result in greater cooperation and better governance, the reality is that it would create confusing legislation. If a coalition government is comprised of a myriad of politically heterogeneous parties, concessions would have to be made to minority partners in government. This gives undue influence to radical and fringe groups in an effort to preserve stability. It also results in more elections, given that no one party would have a strong mandate. More time is spent running elections every two years than managing the affairs of the nation, something that Canadians would surely tire of.

The old adage of “if it ain’t broke, don’t fix it” is applicable to this debate. While the system may not be perfect, it works well and is well-known. This model has been used since confederation and has created the two-and-a-half party system that our country has become so familiar with as we’ve oscillated between Liberal and Conservative governments since 1867. Our current model allows for thorough debate and discourse without allowing fringe views into governance positions.

Canada’s legislative powers are premised in the constitution on the belief in “peace, order, and good-government;” rushed and unpredictable electoral reform flies in the face of this covenant. In deciding to remain with our current model, Trudeau should be commended for making the right decision in a difficult situation.

Transport Canada must do more to protect travellers from airline abuse