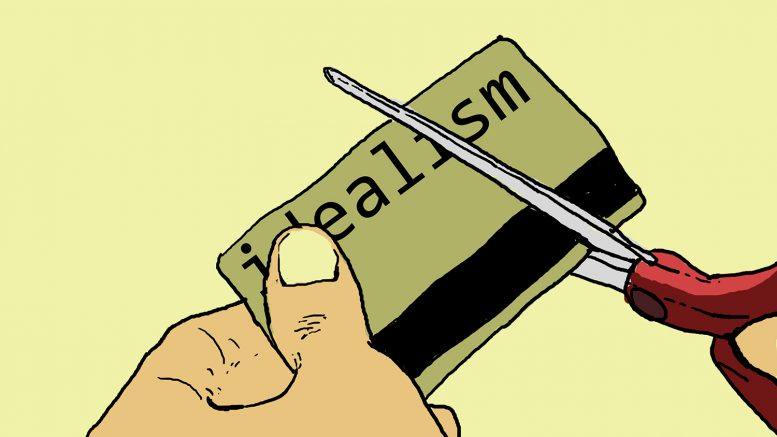 I recently read Mary Asekome and Sofia Descalzi’s piece “Don’t Tell International Students To Accept Fee Increases” and I would like to address some comments and suggestions that were made therein.

There is evidently much division surrounding a motion proposed at the Canadian Federation of Students’ (CFS) national general meeting in November that would have had the CFS advocate for the capping of international student tuition increases to the same percentage as domestic student tuition increases. Opponents of this motion suggest that the motion conflicts with the CFS’s central policy stance of free tuition for all.

There are many issues that could come with a free tuition system. First, students from higher-­income backgrounds are more likely to benefit from such changes than those from lower­-income backgrounds, as the former are more likely to pursue a postsecondary education. It is highly unlikely that such an across-the-board policy would be the most fiscally responsible and sensible policy to improve access to and participation in post-secondary education, especially for those students who have the most difficulty accessing it currently.

Secondly, such a system could make admissions to Canada’s universities and colleges increasingly competitive should the government decide to subsidize only a set number of seats for students. Grades could become an increasingly important factor in admissions, which would benefit academic high-achievers, who are more likely to be students from higher­-income backgrounds.

Furthermore, given that funding would be primarily provided by the government, universities would be opened to an increased risk should the government choose to reduce its funding. We have seen recent examples of this in international jurisdictions such as Denmark, where government austerity measures have forced the University of Copenhagen, the country’s largest university, to cut over 500 professors, researchers, and administrative positions. In Chile, it has been reported that at least half of the universities committing to a fully funded public system have suffered financially as a result of a free tuition policy, and some universities have warned that quality may decrease and others have postponed infrastructure and research projects as a result. Ignoring the many issues that could be associated with free tuition policy, I do not think it was prudent to oppose this motion, especially when opposition rests upon a policy stance that is based more in ideology than feasibility.

When I read what the motion asks of the CFS, I do not see a motion supporting tuition increases. Rather, it recognizes that tuition does increase, often at levels that are disproportionate and unfavorable to students. However, recognizing that increases occur is not an admission of support for those increases, unlike the characterisation that was provided in the aforementioned article. Instead, this motion is asking the CFS to ensure that international students are treated more fairly by fighting to limit their potential tuition increases to the same percentage as domestic students’ tuition increases.

Close to a month ago, I was in Ottawa advocating on behalf of students to members of Parliament, senators, and federal ministers. It was clear to me that our politicians are seeking pragmatic solutions to student issues. Fervently promoting the policy position of free tuition, for which there is currently little to no governmental appetite, should not occur at the expense of more reasonable policy positions that have far greater chances of implementation.

Besides, the provinces with postsecondary financial aid systems that are the closest to “free tuition” – Ontario and New Brunswick, according to the CFS’s “Time To Think Big ” document – just happen to have strong provincial student advocacy groups that pursue more pragmatic policy solutions than free tuition.

Maybe they’re onto something.

Nathan Hood is the president of the University of Prince Edward Island Student Union.

Jiving and swinging into the roaring ’20s with UMSwing