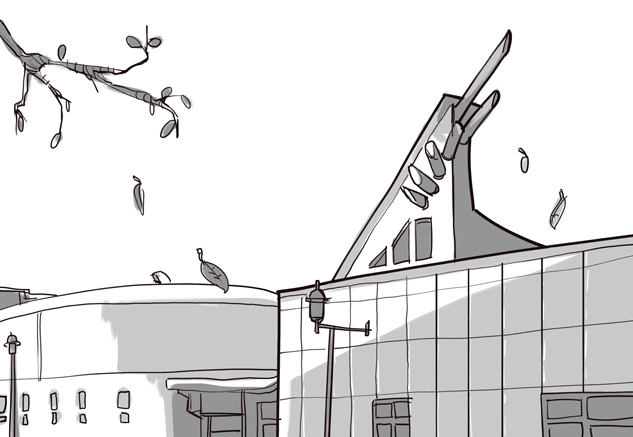 The meeting was held at the Community Education Development Association at 419 Selkirk Ave. and was intended as an update about the status of the new program.

The program has been approved by the University of Manitoba senate and is waiting on funding from the advanced learning division of Manitoba’s Department of Education and Advanced Learning.

The program will provide a unique social work education that focuses on the experiences of indigenous people and their distinctive needs in a social service setting.

There are currently three universities in Canada offering an indigenous-based master’s in social work – the University of Regina, University of Victoria, and Wilfrid Laurier University. This would be the first program of its kind in Manitoba.

“There is an important need for indigenous social workers to explore indigenous forms of caring that are applicable to the unique circumstances of indigenous clients and communities,” states the senate proposal for the program.

The senate proposal states that the program will have two full time elders who would teach courses alongside faculty members.

“It would involve faculty members and elders co-teaching courses. It would involve important cultural experiences for students,” said James Mulvale, dean of the faculty of social work at the U of M.

“We really see it as this groundbreaking, innovative program not just for the faculty, but the field of social work across the country.”

The goal of the new program is to move away from a eurocentric worldview by putting indigenous knowledge at the centre of a social work education, explained Steven Hayes, president of the Inner-City Campus Students’ Council.

“We want to impact how social work is practised. The potential benefits for this are far-reaching. This is a true commitment to the apology that the university has made and takes action on – the Truth and Reconciliation Commission and the Phoenix Sinclair report,” Hayes said.

“The North End is rising and we want to know if the university is with us.”

Community members and students who attended the meeting wanted to know the status of the program, which was approved by the senate in 2014.

Once approved for provincial funding, the program will be offered at the William Norrie campus on Selkirk Ave. in the North End.

Some who attended the meeting feel that the program has taken too long to launch.

Jean Pelletier, outreach chair for the North End Community Helpers Network and a graduate of the U of M inner-city social work program, has been waiting several years for the program to officially launch.

Pelletier first heard of the potential for such a program in 2008, when she began her bachelor of social work at the

William Norrie campus. She plans on applying for admission to the master of social work in indigenous knowledge program once it is officially offered by the university.

“It’s not just going out for a degree, it’s healing within, and then continuing on to help others heal on their journey,” Pelletier said of the importance of the program.

In the new program, students will be evaluated on their academic work as well as emotional self-awareness, and their understanding of spiritual and physical impacts on health and well-being.

Pelletier attended the meeting to understand where the program is at in terms of its development.

“It was not just social work students in attendance. It was community members; everybody wants that program,” she said.

David Collins, vice-provost of integrated planning and academic programs at the U of M, told the Manitoban that program delays have been due to thorough community consultation.

“The planning for the actual final submission that was approved by the senate in the summer [of 2014], that work went on for a long period of time,” he said.

“The reason for that was the nature of this program. There was a great deal of community consultation which is not part of the normal process […] The faculty made sure that the community had a great deal of say in this.”

The university has been meeting with the faculty of social work and the province’s advanced learning division. They are going through the process of evaluation and the province is being asked to fund part of the program.

Discussions with province about funding have been productive, Collins said.

“My understanding is that there is a lot of interest in this program.”