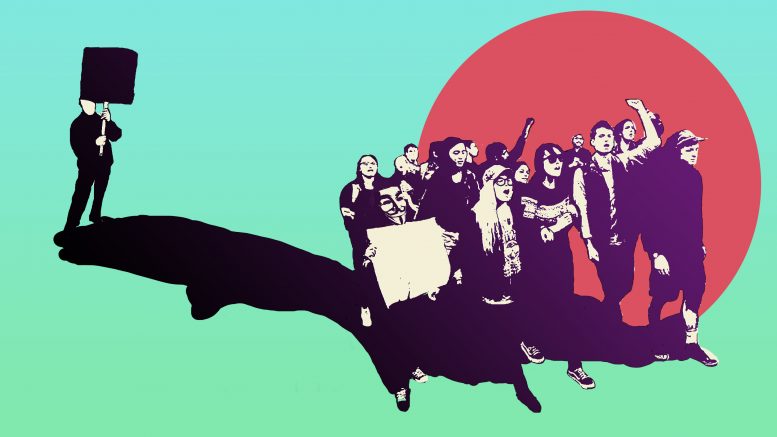 Upon hearing of the events on Nov. 21 at the Canadian Federation of Students’ (CFS) national annual general meeting (AGM), it has become clear that there is a sharp divide in the student movement that goes beyond right- and left-wing – our movement is split between practicality and ideology.

While many of the motions passed at the AGM were highly encouraging, the resistance to UMSU’s motion calling for the CFS to advocate for a cap on international student fee increases, tying them to domestic student fees, was alarming. Admittedly, the UMSU executives themselves tabled their own bill – however, this was only after facing backlash from other members.

This is the latest in a series of instances in which the left-wing student movement, with which I typically identify, has put ideological dogma ahead of tangible progress. If this does not change, the student movement will only become further divided.

International students at the U of M, who make up 17 per cent of our student body, experienced a 10 to 18 per cent increase in tuition fee differentials in 2015 alone. A motion to oppose these fee increases has already been passed and adopted by UMSU council, but having a unified national movement towards this goal would undoubtedly make a larger impact. However, the motion was rejected by the room at the CFS AGM before it had a chance to be voted on.

With this decision, the federation has proven that they are opposed to any and all measures aimed at incremental reform, even if it means there is less chance of immediately achieving a positive impact. In a sense, this idealism is touching, although the international students of our university are likely less sympathetic to that stance.

I, like the CFS, do not think that we should accept piecemeal solutions from our institutions as satisfactory in the long term. But we can still fight for a future with publicly funded tuition, while recognizing that an international student fee cap is a more targeted and attainable goal at this time.

This is not meant to discredit the CFS mandate against differential tuition for international and domestic students (the international student section of their policy manual says that they oppose all differential fees for international students) nor their case for publicly funded post-secondary education (they also state they are opposed to any user fees for students generally, calling for post-secondary education to be entirely publicly funded). Their case for the abolition of tuition fees is sound. When someone grows up in a poor socioeconomic situation, their best path to move forward is through post-secondary education. This allows them to get a job with a good salary and break out of the mould they were assigned. In this way, education can be the great equalizer. But the likelihood of that person conjuring up the funds necessary to attend university in Canada, even in Manitoba where tuition is comparatively affordable, is low. This leads to a cycle of continuous poverty that many are unable to break out of, despite their best efforts. That is why I stand with CFS in their goal to make tuition more accessible.

However, while I am a progressive, I am also a pragmatist. Contrary to what you may hear, those are not mutually exclusive roles. And we must be pragmatic enough to admit that to universalize post-secondary education, the money has to come from somewhere. Speaking broadly, there are few options currently at hand, all of which would likely involve a considerable tax increase that governments and the general public would likely oppose. Until this sentiment changes, the best we can hope for are modest reforms, such as the fee cap proposed by our UMSU executive. We are not sacrificing the long-term goal of free tuition by moving to incrementally lessen the gap between where we are and where we want to be.

We must not be so idealistic that we defer the opportunity to make tangible gains along the way to our lofty goals. Beyond this, a lack of pragmatism is just part of the problem facing the federation these days. An overall lack of flexibility has tainted the organization and many parts of our left-wing student movement.

We must recognize that not all students and institutions across Canada share the same unified vision. The CFS states on their website that “regardless of where you are born, how old you are or the background you come from, everyone should be able to access higher education.” I would argue too that everyone, regardless of their background, which member local they are a part of, or which political ideology they espouse, has the right to be represented equally by our national student advocates.

It is undeniable that UMSU and the CFS have had a tumultuous relationship over the past few years with neither side fully innocent. But despite the fact that UMSU has no incumbents from previous executives, and has paid out their outstanding fees to the CFS, members of this year’s executive have reported being verbally abused at both general meetings this year to the point of feeling unwelcome and unsafe. Further, a number of motions aimed at decentralizing the power of the federation and generating more transparency from the organization were not addressed. Having not been there myself, I cannot speak to the verbal abuse allegations, but it would not be the first time those of us on the left have “shamed” those we disagree with.

Indeed, the left loves to preach tolerance and equality, but our chief student organization has not made it a priority to promote those values across personal and ideological divides. This is an issue that goes beyond the CFS, and we have seen this type of divisiveness on campus and through social media as well. We must not distort our right to disagree with someone’s opinions into the right to browbeat them into submission. It is equally incumbent upon people of all political stripes to heal a divided student movement. In fact, this is an especially crucial time to do so.

I believe in the goals of the CFS and see value in having a unified student movement with an active lobbying role and the infrastructure for national campaigns. These can shape public opinion towards our goals, and create invaluable opportunities for students to feel part of a powerful movement. I can personally attest to this through my overwhelmingly positive experience working with CFS-MB, the federation’s provincial counterpart in Manitoba. Nonetheless, I can hardly blame local unions for questioning their place in the organization when it has proven inflexible and dismissive to their unique goals.

Despite my criticism, I remain steadfast in my belief that the CFS national branch still has a valuable role in the student movement. I remain hopeful that under renewed pressure and a change in leadership they can reform and act as a more representative body. But to do so, they must embrace flexibility and practicality, because while the students united may never be defeated, we are in danger of becoming increasingly divided.

Jakob Sanderson is a third year student at the U of M in the department of political studies.

More on the STEM gender gap