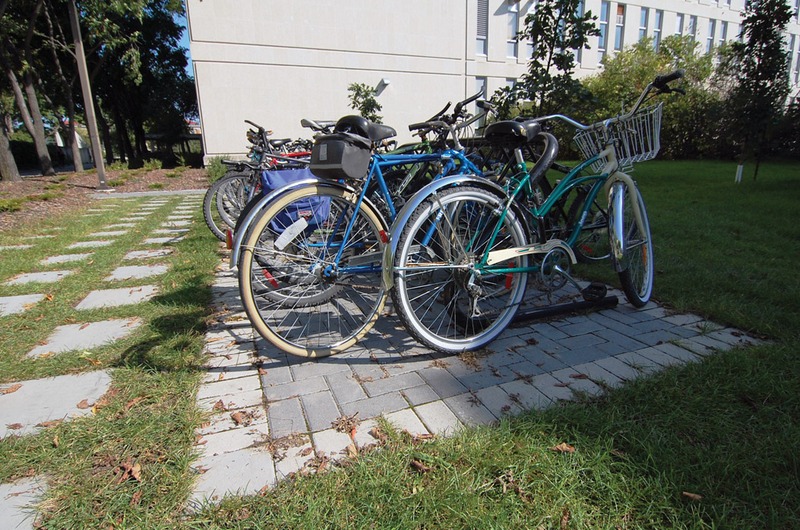 The University of Manitoba’s office of sustainability is preparing to unveil improved transportation strategies based on the results of a 2016 campus commuter survey.

The survey was circulated in January 2016 to poll the commuting habits of students, faculty, and staff.

The office used the results to draft 80 action strategies to enhance sustainable transportation options on both the Fort Garry and Bannatyne campuses.

Respondents showed that the most common mode of year-round transportation for both campuses is to drive alone, while the least preferred is to park-and-ride.

Respondents were also asked how they preferred to commute to campus. The top three choices for Fort Garry campus were carpooling, driving alone, and cycling. On the Bannatyne Campus, commuters’ most common mode of transportation was driving alone, followed by carpooling and cycling.

According to sustainability engagement coordinator Anna Weier, the feedback was instrumental in developing strategies for the future.

“We now have a much better sense of how our community travels to our campuses and the types of transportation programs, policies, and infrastructure changes that may influence travel choices,” she said.

Weier said proposed actions include improvements to the carpooling program; making it easier for staff, faculty, and students to find partners; the development of a pedestrian and cycling plan for the U of M’s campuses; and improving the efficiency and affordability of transit options.

According to the survey results, under ideal conditions, 35 per cent of the respondents from Fort Garry campus would prefer to make use of bikes, while 31 per cent of Bannatyne respondents would rather cycle in their commute.

To facilitate increasing the number of cyclists riding to campus, Weier said the sustainability office is implementing a bike parking and security strategy, which has included bumping the capacity of campus bike racks by 200 spaces over the last few years.

According to the monthly statistics released by U of M security services, there have been 51 reports of stolen bikes this year.

Reports of bike thefts peaked in the summer, with 10 reported stolen in June and 13 in July. Another five bike thefts were reported in August.

“The most important things any rider can do to ensure their bike is locked safely are to use a high quality lock and lock to something that is secure,” Weier said.

To further shore-up bike security, Weier said 24 bike lockers would be installed on the Fort Garry campus in early 2017. The lockers will be centralized at four main locations: at the extended education complex, the engineering building, Fletcher Argue, and the Elizabeth Dafoe Library.

She also noted that cyclists could register to lock their bike inside the parkade bike station on the Fort Garry campus by contacting physical plant. Bannatyne riders can contact physical plant or Health Sciences Centre parking to gain access to that campus’s bike cage.

Other plans to foster bike usage on campus include the construction of a bike kiosk and cycle plaza in conjunction with University of Manitoba Students’ Union, which will replace the recently shuttered Bike Dungeon.

Weier said plans for pedestrian and cycle routes, including crossing improvements, are ongoing and expected to begin construction to begin in the spring.