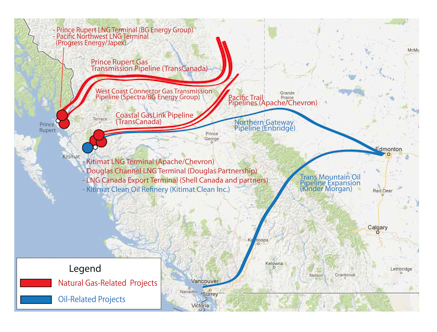 Scientists from all across Canada have come together to ask that Prime Minister Justin Trudeau ramp up his efforts in reviewing energy projects, in the form of an open letter.

The letter, which was also addressed to several members of Trudeau’s cabinet, has over 1,700 signatures so far, including several from researchers and students residing at the University of Manitoba. It was inspired by recent natural disasters (the letter references the 2013 floods in Calgary as an example) that signatories believe show the dangerous consequences of improper environmental assessment on the federal level.

The letter proposes a five-step plan of action to improve Canada’s scientific review process. The plan stresses transparency and public exposure to research, including cultural and historical elements in their assessments, and installing a list of set criteria for decision-making that places scientific integrity over economic gain.

The letter adds that Canadian researchers want, most of all, to work together with the Canadian government and its citizens to “serve the public good.”

The letter goes on to say that federal reviews of environmental issues in Canada lack transparency and the input of Canadian researchers.

“Carefully conducted and independent science is crucial to evaluating the consequences of actions: objectivity and transparency are essential, and inconvenient information cannot be dismissed.”

Trudeau was well-received by Canada’s science community during his electoral run for his promises to make government research more accessible to the public. His predecessor, Stephen Harper, was criticized for government policies “muzzling” scientists that greatly restricted Canadian researchers’ ability to speak out about their research.

The letter states that its co-authors hope to work with the Liberal government and hope that with increased discussion between researchers and government officials, the quality of federal assessment of scientific studies will improve.

“We recognize that science is not the only basis upon which project decisions are made; Indigenous knowledge, values, and socioeconomic considerations play critical roles,” the letter states.

“Nevertheless, input from and engagement with Canadian researchers could significantly improve the scientific standards and process used to assess proposed and existing projects.”

Catherine McKenna, the minister of environment and climate change, has created an “expert panel” which is currently travelling across Canada to gather national input on environmental assessment. The panel will continue until early 2017, when the information it’s gathered will be reviewed by McKenna.

The Liberal government is also currently working on creating a chief science officer position. While the details of the job have yet to be revealed, minister of science Kirsty Duncan has stated that similar positions in governments around the world have been looked at for ideas.

If you are an active early-career researcher in the science field currently in Canada or a Canadian studying abroad, you can sign the open letter.