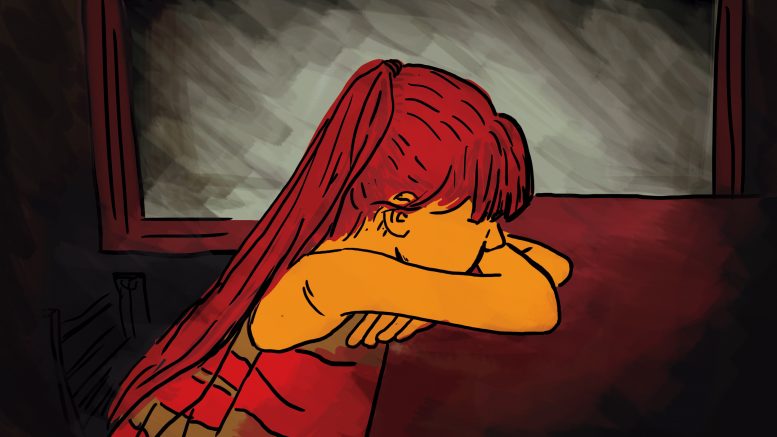 According to an annual report by the Manitoba Centre for Health Policy (MCHP), an alarming number of youth living in Manitoba are dealing with at least one mental disorder.

The study, which was included in the MCHP’s annual report, states that 14 per cent of children in Manitoba have at least one mental disorder, with most of the children involved in the study dealing with mood and anxiety disorders, behavioural disorders, and substance abuse disorders.

The study also highlighted the negatives outcomes associated with mental disorders. The study observed that children suffering from a mental disorder are at a higher risk of eventual incarceration (Manitoba currently has the highest level of per capita incarceration in Canada), less likely to graduate high school, and even more likely to die as a result of injury or poisoning.

The Manitoban spoke with the lead author of the study, Dr. Mariette Chartier, who is a research scientist at the MCHP and an assistant professor at the Max Rady College of Medicine at the University of Manitoba.

The study observes that children living within social housing, or with families that require income assistance, are more at risk to develop a mental disorder.

While the study did not go specifically into why this correlation exists, Chartier mentioned that other studies on the mental health of children in low-income situations back up the MCHP’s findings.

“It’s the stress that comes from living in poverty,” Chartier said.

“Poor access to nutritious foods, which is needed to build a good nervous system, it’s residing in unsafe housing and neighborhoods, and just having those fewer resources to face challenges.”

Chartier notes that while children in poverty are more at risk, the issue is certainly not restricted to them.

“It’s not just an issue among people in lower socioeconomic areas, though. So I want to make that clear too. But for sure, kids living in poverty are at a higher risk,” Chartier said.

The study also provides several suggestions to improve treatment and quality of life for Manitoba’s children living with mental health issues. Increased diagnosis, and then more ways for children to receive help after said diagnosis, was stressed in the study.

“We’re not spending enough, I think, in the province, to address all the different levels. So what we’re recommending is that the province really come up with a comprehensive plan,” Chartier said.

“First of all, how do you promote resilience and well-being in children? How do you prevent mental disorders from happening in the first place? How do you detect early, and once you do detect, how do you treat? Those are all the different levels.”

Chartier says that another way to work on improving the mental health of youth in Manitoba is to provide adults who work with children, such as educators and counsellors, with additional training to work with children who may want to reach out for help.

“But it’s also the importance of being aware of how you’re feeling, and to be to talk to somebody about it. Just improving literacy across the board.”

The thin line between addictions counsellor and addict