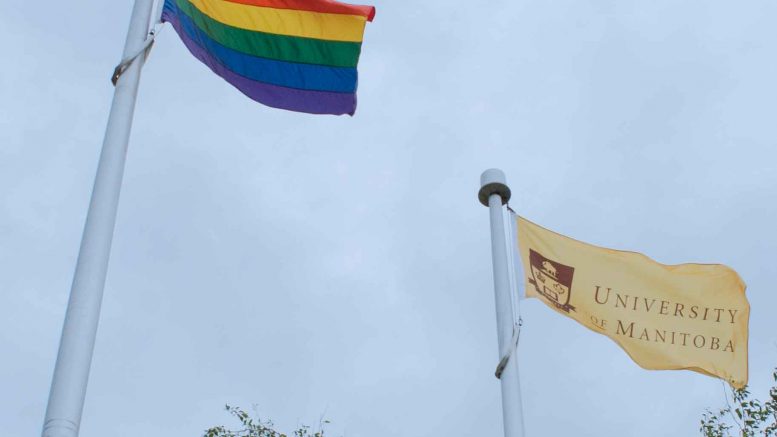 While most teachers are supportive of providing LGBTQ education to students, very few are given the tools to do so, according to Catherine Taylor, who spoke at the University of Manitoba on Oct. 19.

Taylor is a professor at the University of Winnipeg’s Faculty of Education and the lead investigator of the Every Teacher Project, a nationwide study of Canadian educators examining how LGBTQ-inclusive education is being practiced in Canadian schools.

Presenting the results of the study, Taylor said researchers found that while the majority of Canadian teachers are supportive of LGBTQ-inclusive education for students, less than half said they received any kind of sexual or gender diversity education when studying for their bachelor of education (B.Ed).

“B.Ed coverage has not been magnificent on this topic,” said Taylor.

The study looked into LGBTQ awareness and action in racialized groups, LGBTQ slurs used in schools, and the overall feeling of safety and wellbeing in schools.

While the study initially only aspired to include 750 teachers and eight focus groups, strong support from teachers’ societies across the country resulted in the study actually featuring 3,319 participants and 24 focus groups, making it the largest study of its kind in the world to date.

The project, which included research from University of Manitoba professors Tracey Peter, Janice Ristock, and Donn Short, sought to understand the divide between the support of educators and the lack of sexual and diversity education provided to them.

The study also examined the experience of LGBTQ teachers in Canada and found there are still incentives in place to remain “in the closet.”

Only 16 per cent of LGBTQ teachers polled were out to their entire school community. 22 per cent claimed to have heard what Taylor called “homo-negative” language – phrases used to portray LGBTQ people in an unfavourable light – from other teachers.

“School systems generally, for a number of reasons, are far behind other professional workplaces in reflecting advances in LGBTQ rights,” said Taylor.

“And they often make for a strangely kind of 1950s-era experience for queer teachers.”

“The attention given to anti-LGBTQ religious conservatives in the media makes it seem that religious faith and queer ed are diametrically opposed and incompatible, but our project found some interesting results,” said Taylor.

This study comes after news last year that the University of Manitoba bachelor of education program will be altering its diversity admission policies and expanding the number of seats offered to applicants who fit into one of five diversity categories, including persons with sexual and gender differences.

During the lecture, Taylor praised the University of Manitoba for having a Gay-Straight Alliance (GSA) club in their faculty of education.

New to the country student feels cold but welcome