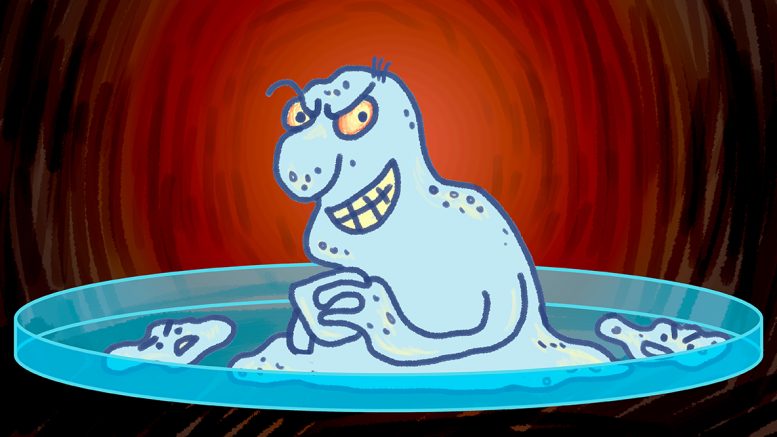 In an unusual line of action, the United Nations General Assembly will gather later this month in New York to discuss the recent mass prevalence of drug-resistant bacteria. This phenomenon is also known as antibiotic resistance, or, in some cases, antimicrobial resistance (AMR).

This is only the fourth time in history that the U.N. has congregated to discuss a health crisis, but according to experts, the meeting is long overdue.

“There has been discussion of AMR in World Health Organization (WHO) since the 1960s, and plans since 2000,” said Dr. Marc Sprenger, director of the WHO’s AMR Secretariat.

“But it is now shifting from being a technical problem to a much higher level political issue.”

Antibiotic resistance is generally what happens when a drug that was once able to treat an infection is no longer effective. This is in part caused naturally, as it becomes a side effect of the evolution of the micro-organism causing the infection. Micro-organisms can replicate themselves with errors that make them resistant to treatment, or resistant traits can be exchanged amongst themselves.

The other cause of antibiotic resistance, however, is human error. Some resistance can be traced back to unsanitary medical conditions. The most pressing problem, however, is the misuse of our current antibiotics.

While two-thirds of our antibiotics are actually used on livestock, either to help them with size or survival, bacteria within the animals can become more resistant to antibiotics, and can then reach humans, who are unequipped to fight them. Humans can create this resistance amongst themselves as well, through the overuse of antibiotics.

Antibiotic resistance has been a concern for some time now, with instances of resistance appearing as early as 1940. More recently, however, research shows just how urgent our current situation is.

Antibiotic resistance was the cause of 700,000 deaths worldwide within the last year. A video recently released by Harvard Medical School and the Technion-Israel Institute of Technology shows bacteria in a petri dish evolving to resist antibiotics in only 12 days. Within the last six years, scientists have found increases in resistance to drugs used to treat HIV and tuberculosis. If immediate action is not taken, gonorrhea, which is currently treatable, may become incurable as it slowly becomes more resistant to our current treatments, and there are no new treatment plans in development.

Drug-resistant bacteria results in patients staying sicker for longer periods of time, resulting in longer hospital stays, which in turn increases the chance of a worse prognosis or death. This also increases the risk of the infection spreading to other people. Surgeries that are considered “risky” by today’s standards may be near-impossible in the future, as surgeries run the risk of infection, and it may be infections that we are no longer able to effectively treat.

This new, longer span of treatment (and sometimes complete lack of treatment) will alter our approach to illness prevention and treatment immensely. Conditions that were once considered mainly inconvenient or easily treatable by most people may become serious, life-threatening illnesses.

To fight back against antibiotic resistance, the WHO has proposed what they are calling a “global plan to combat antimicrobial resistance,” which they submitted to the 68th World Health Assembly in May of 2015. The plan has key points that revolve around improving awareness of the issue in both policymakers and the general population, increasing research, promoting appropriate levels of prescribed antibiotics by health professionals to both humans and animals, and to increase funding used to create new drugs, vaccines, and other treatments.

Promoting appropriate antibiotic prescriptions is especially important, as the overuse of a once-crucial antibiotic can have terrible consequences. A recent example of this can be found in a drug called colistin, which was originally used to treat livestock and was considered to be too toxic for human usage. It is now used as a last-resort treatment for humans with multidrug-resistant bacterial infections, but even that, according to researchers, may not last long.

Now, due to the overuse of polymyxins – a type of antibiotics that includes colistin – there have been cases of bacteria containing a gene that makes it highly resistant to antibiotics in humans and pigs in China. Scientists are recommending tighter restrictions on polymyxins, which are still used for livestock, and ceasing use of polymyxins entirely in non-crucial scenarios.

How you can decrease your risk of infection

This U.N. meeting will hopefully begin a level of discourse needed to finally take global action against antibiotic and antimicrobial resistance.

“The previous discussions have been held at the level of ministers of health and agriculture,” Keiji Fukuda, special representative for antimicrobial resistance in the office of the WHO director-general, told the Scientific American. “But this meeting will take this up to the level of prime ministers and presidents.”

While only time will tell whether this meeting will result in increased funding and research, it is obvious that the clock is ticking. If immediate action is not taken, some researchers speculate that the death toll could reach 300 million by 2050.

There are things people can do every day to help slow the growing resistance of some bacteria. For example, hand washing is a quick and simple way to help stop bacteria from spreading. Staying home from work or school when you are sick is also important. When you do get sick, take only the amount of antibiotics prescribed to you – not more or less, and definitely not antibiotics that were not prescribed to you for that specific illness. Never share antibiotics or take antibiotics from a past illness.

Five reasons Winnipeg is still better than Mars, even if it’s colder sometimes

The good and the bad: A profile of Canadian non-profit Bad Science Watch

Finding the ripples in space-time