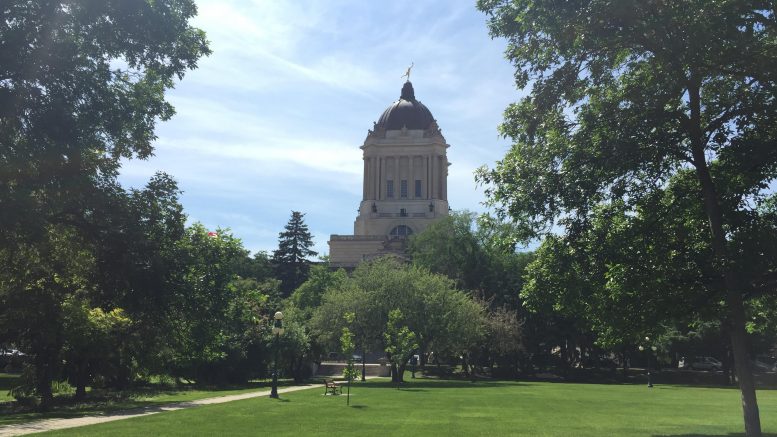 The Canadian Federation of Students–Manitoba (CFS-MB) is calling on the Progressive Conservative (PC) government to pass a bill that requires public post-secondary institutions to have sexual assault policies.

The Post-Secondary Violence and Sexual Harassment Policies Act, or Bill 204, was introduced as a private member’s bill by New Democratic Party (NDP) MLA and education critic Wab Kinew to the legislature in June.

Bill 204 would require Manitoba’s universities and colleges to develop standalone sexual harassment and violence policies. The proposed law would also mandate that the institutions publicly report when incidents relating to those policies occur.

The provincial NDP introduced a similar bill last spring, but it did not make it past the first reading before the April 2016 provincial election was called. Since then, the PC government has not indicated that it will reconsider that bill nor have they released any plans to examine Kinew’s private member’s bill.

Kinew introduced the piece of legislation following controversy regarding Brandon University’s sexual assault policy last spring. The CBC published a report last April revealing that BU students who reported sexual assault incidents were made to sign a document promising not to discuss the incident with anyone other than a counselor.

Since then, Brandon University president Gervan Fearon has apologized and BU is currently in the process of developing a new sexual assault policy.

The University of Manitoba introduced its own standalone sexual assault policy in June, which will deal specifically with sexual assault cases, as opposed to including them under the university’s broader behavioural policies.

In an interview with the Manitoban in July, Kinew highlighted the importance of post-secondary institutions having standalone policies on sexual assault, as opposed to broad behavioural policies.

“When you’re designing institutional policy, if you want certain outcomes you have to be very intentional about it. So if you want to combat sexual violence and sexual misconduct, you have to really focus on it and you can’t just lump it in with other initiatives,” he said.

“[Bill 204] would be really important for creating safer campuses, for building consent culture on campus, and for ensuring that everybody at the institution has a strong understanding of the proper protocol if an incident of sexual assault occurs on campus,” Barkman said.

Barkman noted that although he believes that Bill 204 is not perfect, it is a step in the right direction.

“We as an organization are supportive of any bill that addresses this issue and we’ll support any legislation that ensures that students are safe on campus,” he said.

University of Manitoba Students’ Union (UMSU) vice president advocacy Dara Hallock also said she supports Bill 204 and that she has been working with CFS-MB on pressuring the government to pass mandatory sexual assault policy legislation.

“It is the role of government to help protect those most vulnerable,” he said in an email sent from the government’s press secretary.

“We continue to listen and engage in meaningful discussions with education and women’s organizations, as well as students, on initiatives to enhance on campus safety in Manitoba.”