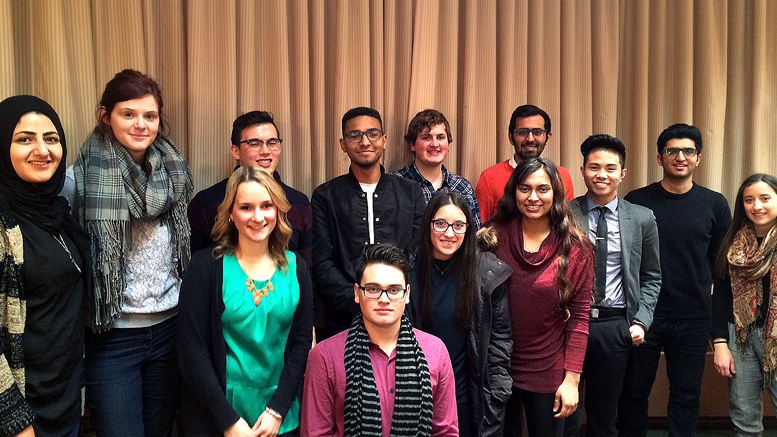 The University of Manitoba Students’ Union (UMSU) officially adopted a motion to install a mandatory consent culture training policy into its governing documents at an April 15 council meeting.

The move is the second phase of a two-step process that began in February when council approved a motion requiring all student associations participate in the training. The most recent motion enshrines the mandatory workshops within UMSU’s governance and operations manual.

“These two workshops beautifully complement each other,” Robert told the Manitoban.

“Justice For Women’s programming emphasizes how to get consent, what it looks like, and how to mitigate the risks of sexual violence in student programming; and the bystander intervention training centres around diffusing situations that are escalating towards sexual violence and building empathy for survivors.”

In February, Robert expressed frustration with councils that failed to participate in the workshops that were, at the time, only “strongly recommended” by the union.

Under the newly-adopted policy, faculty councils will be notified no later than May 30 that at least 75 per cent of their members are required to complete the training and workshops by the beginning of August.

Faculty councils that fail to meet the deadline will be unable to obtain permits to host events on campus until the training is completed.

Through UMSU, councils will receive four means to complete their training: programming rolled in with the annual UMSU Skills weekend, three alternative session dates, individual council sessions, or training obtained through outside sources with a curriculum approved by the UMSU services coordinator and vice-president advocacy.

If a council hasn’t completed the training by September, a letter will be issued by UMSU’s general manager warning that a failure to comply by Sept. 15 will result in further action. If the issue isn’t resolved by December, the matter will be forwarded to the UMSU executive, which may withhold student organization fees or refer the matter to mediation through the Office of Human Rights and Conflict Management.

“The intent of outlining the policy in the way that we have is to ensure that we strike that important balance of being flexible, but also making sure the training gets done,” Kunzman said.

“At the end of the day, we are talking about student safety here, so it is important that we have everyone on board, and that we are giving them as many ways to participate as possible.”

Kunzman further underscored the importance of working with the councils and not against them, stating that both the bystander intervention program and consent culture workshops will provide participants with material meant to be incorporated into their own programming and events.

“If this year has taught us anything, it’s that there’s still work to be done when it comes to educating the general university community about the prevalence and effects of sexual assault as a systemic problem on Canadian campuses,” she said.

“The more work that we can do in partnership with faculty councils, the better.”

Citing reports that found campus sexual assaults often occur early in the academic year, Robert said hosting the programming in the summer gives councils a leg-up in facing the issue as soon as classes resume.

“Studies show that the majority of cases of sexual violence occur within the first six weeks of school,” she said. “By offering multiple consent culture training sessions in the summer and early September, we can ensure that a session is accessible to all student leaders.”

Robert said she is also looking into best practices for campus security, stating that, in her experience, the external companies hired for campus socials have been “the opposite of helpful.”

Kunzman said combining UMSU’s efforts with the Justice for Women group played a strong role in introducing a dialogue surrounding campus safety to the U of M but noted future student organizers are needed to continue the development of a stand-alone sexual assault policy and examine the resource and support services available for survivors of sexual assault.

“I think there are still lots of things to be done when it comes to encouraging consent culture on campus,” she said.