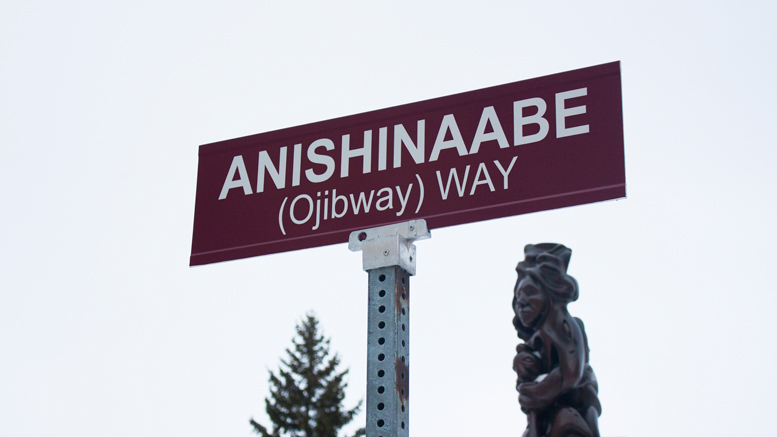 With the University of Winnipeg introducing a mandatory indigenous studies course this fall, all eyes are on the University of Manitoba. The topic has been raised informally in many on-campus discussions and events in the past year. It was the focus of this year’s Indigenous Awareness Week, with some speakers favouring a mandatory course and others preferring a softer approach to integrating indigenous topics into the curriculum.

The existence of a formal relationship between the U of M and the Treaty Relations Commission of Manitoba, alongside emphasis placed on indigenous education in the university’s 2015-2020 strategic plan, has bolstered public discourse surrounding the matter.

The Manitoban met with representatives from each executive slate running in the upcoming University of Manitoba Students’ Union (UMSU) election in order to explore their stances on the issue.

Presidential candidate and current UMSU students living with disabilities representative Andrew Fenwick endorses the implementation of a mandatory indigenous studies course at the University of Manitoba. However, Fenwick also stressed the need to host qualitative student consultations before the university can move forward with any policy action.

Fenwick announced plans to lobby the provincial government to ensure the newly levied fees associated with administering and maintaining a new compulsory course would be subsidized for both domestic and international students.

“Education is the path that we have to take to get rid of discrimination and oppression,” said Fenwick.

Presidential candidate and treasurer for the Canadian Federation of Students-Manitoba Niall Harney commended the university’s exploration of implementing a mandatory indigenous studies course or credit. However, Harney is reluctant to endorse any particular course of action this early in the deliberations. He sees UMSU’s role as working with the administration in implementing their final decision while voicing the needs and concerns of the student body during such a process.

“As a university, we should be respecting indigenous ways of knowing,” said Harney. Harney added that it’s important to recognize the U of M as a public institution that ought to reflect the needs and goals of the public, and consequently the indigenous population as the fastest growing demographic in Manitoba. Harney said he would also facilitate increased student consultations in regards to this particular issue.

Ashley Richard, candidate for vice-president student services and current president of the Association of Aboriginal Commerce Students, clarified that the implementation of a mandatory indigenous studies requirement does not necessary entail the creation of a new course. Rather, existing courses could fulfill an indigenous credit requirement should their curriculum reach a designated threshold as indicated by the amount of indigenous education present within the course content.

“Generally, in life, everyone should have a basic understanding of indigenous education,” said Richard. However, she opposes the creation of a compulsory course, saying it would be unfair for students in programs with a small number of elective hours available.

Rather, Richard believes the integration of indigenous knowledge is best achieved by letting individual faculties make the decision autonomously. This way, she said, they can individually assess the best way in which to ensure their students leave university with an appropriate degree of insight on indigenous affairs.

“It’s a step forward, but I don’t agree with it,” said Zachary LeClerc, presidential candidate and current UMSU vice-president internal on the topic of implementing a mandatory indigenous studies course or credit.

Having consulted with active members from the student community regarding the UMSU initiative on indigenous achievement, LeClerc argued that mandating a compulsory course is not “the way to build bridges.” LeClerc stated a move in the right direction would be for the university administration to more clearly detail existing classes that include indigenous subject matter.

Through this course of action, LeClerc advocates for a staggered approach that gradually raises awareness of indigenous issues and knowledge. The most important steps for LeClerc in dealing with this matter are grassroots involvement, student consultation, and collaboration between divided groups.

Presidential candidate and current UMSU vice-president external Astitwa Thapa first and foremost called for the decolonization of post-secondary education. However, Thapa does not believe classrooms are the best avenues to choose in pursuit of that goal.

Thapa stated Strong UMSU is not in favour of implementing a mandatory indigenous course or credit, further saying the University of Winnipeg did a “horrible job” of consulting indigenous communities when they mandated the compulsory course at the U of W.

Thapa claimed the correct approach for the U of M is to identify currently existing courses that feature indigenous knowledge and to work on raising awareness and community building at the grassroots level.

A vision for a just recovery in Winnipeg’s inner city