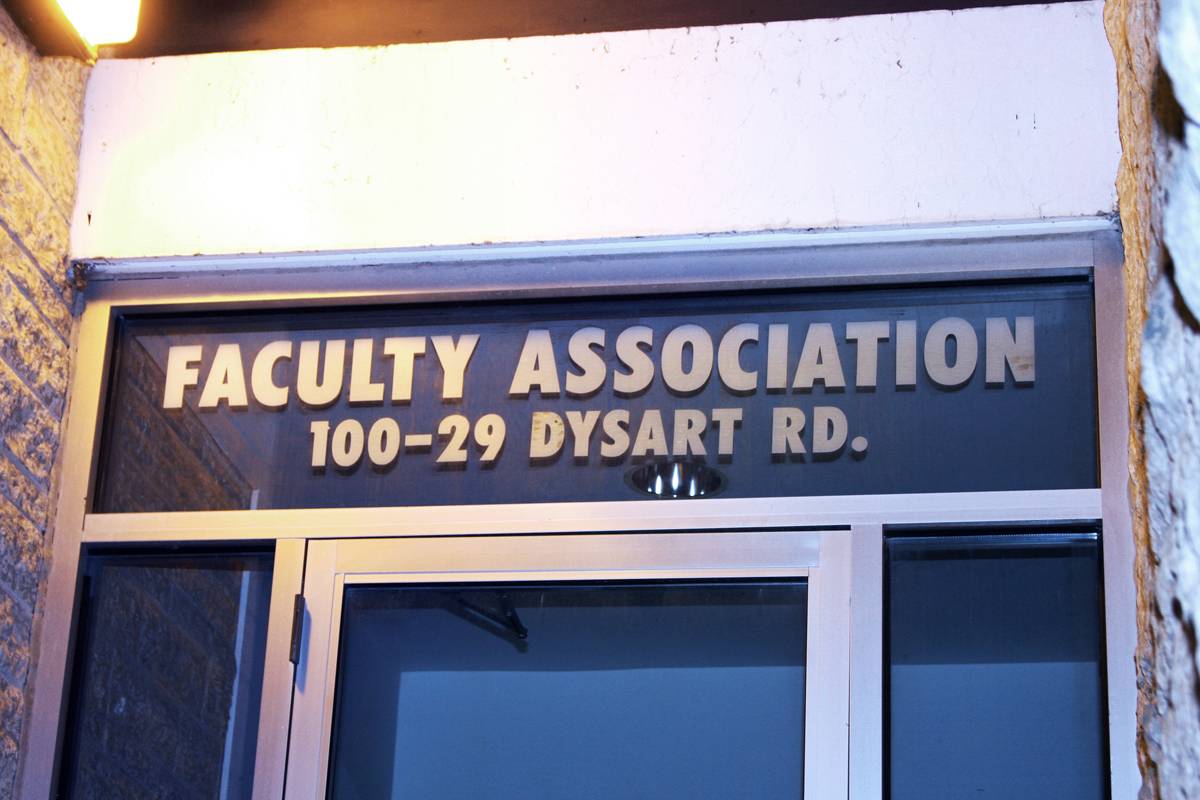 The faculty union – which represents some 1,250 full-time professors, lecturers, instructors, and academic librarians – circulated a letter to membership signed by president Mark Hudson earlier this month saying the association will be seeking a “stronger collective agreement that will protect our ability to teach, research, and provide service to the university and community.”

Association membership will convene at a special general meeting March 31 to set priorities for the bargaining team to pursue in negotiations. Hudson said salary, which he claimed is below average at the U of M, is on the table.

“I don’t know what the membership will agree to in terms of the parameters but they will ask us to negotiate,” he said.

“Both the UMFA and the U of M administration recognize that we are currently not compensated competitively relative to other universities of our type in Canada – we are at the very bottom of that list and we are at the bottom by a considerable distance.”

Faculty at the University of Saskatchewan were also paid more than their U of M counterparts. Professors made a minimum of $124,618 in 2014-15 while associate and assistant professors made minumum salaries of $106,708 and $88,798 respectively.

The university’s bargaining team will be led by chief negotiator Gregory Juliano, associate vice-president human resources at the U of M. Juliano successfully reached separate agreements with 2,600 support staff represented by AESES in December and 500 sessional instructors and part-time librarians and counsellors represented by CUPE in January.

According to an online statement, the university will be seeking a bargaining process and result that provides stability through a multi-year agreement; places teaching, research and service at the forefront; and contributes to financial sustainability while allowing for responsiveness in a changing fiscal environment.

John Danakas, the U of M’s executive director of public affairs, wouldn’t comment on the upcoming negotiations, saying only that administration respects the process.

“The University of Manitoba respects the bargaining process and the value of any ongoing discussions remaining confidential,” he said in an email to the Manitoban.

Faculty will be represented in negotiations by professors from the economics, English, accounting and finance, biological sciences, and dentistry departments, in addition to a union professional officer.

In his letter to members, Hudson noted the bargaining team has held more than 20 consultation meetings and spoken directly with more than 250 faculty members. He added that members voiced concerns about administration initiatives, such as performance indicators, being introduced without union approval and the downloading of administrative duties to faculty, citing the Concur travel and expense tool as an example.

Faculty members must use Concur to make travel arrangements, book hotels, and car rentals in order to have access to the university’s preferred vendor rates.

Hudson told the Manitoban the Concur software is not user-friendly and has wasted faculty time that should be invested in quality research and teaching.

“The university is essentially downloading its administrative work onto faculty members and it really changes the kind of work that our members do,” he said.

“Instead of doing research, teaching and service, they are doing administrative work that they were not really hired to do.”

Hudson said the union should be ready to present its key priorities to the university in short order and said that while the bargaining team will enter negotiations in good faith, strike action cannot be ruled out if an agreement cannot be met.

“We don’t enter into collective bargaining with an expectation that there will be a strike but we want to come to a very reasonable agreement with the university administration in a way that is efficient,” he said.

“At the beginning of collective bargaining, one can never rule out the possibility of some kind of labour action.”

Michael Barkman, chairperson of the Canadian Federation Students-Manitoba (CFS-MB), said students and faculty alike benefit from a strong agreement between UMFA and the university, arguing it facilitates an overall better education system.

“It is very critical for students and faculties [to be] united in a common struggle for quality post-secondary education,” he said.

“The quality of education for students is greatly affected by our access to it and so I think it is both critical that the tuition fees remain low while the university supports good jobs for faculty and this can only be achieved through strong public funding for post-secondary [education] and commitment to these goals.”

Two confirmed cases of COVID-19 on U of M campuses