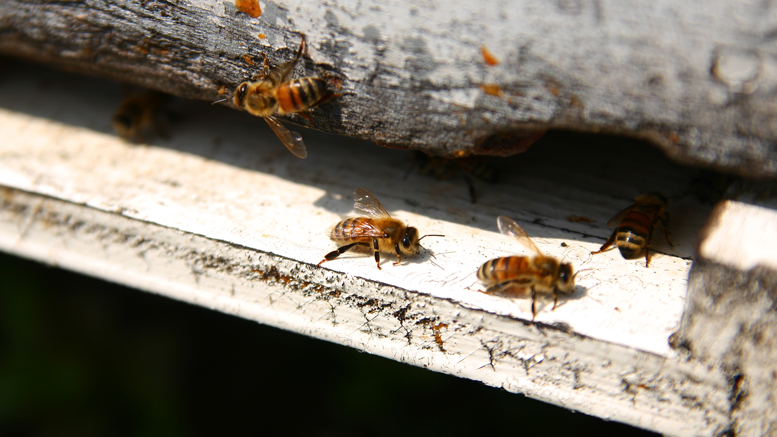 The University of Manitoba is combining sustainability and creativity with the BEE/HOUSE/LAB environmental design competition.

Hosted by the U of M office of sustainability, the international contest calls for the design of a bee house prototype that can be fabricated and deployed for field testing. As many as 10 designs will be selected for production, with 30 prototypes of each constructed, deployed, and studied for performance.

Pollinator communities, including solitary nesting bees, are under increasing pressure from habitat loss resulting from urban development and pesticide use, according to contest literature. However, digital design and fabrication can contribute to living research opportunities.

Robert Currie, head of the department of entomology at the U of M, noted that pollinators can be preserved through the responsible use of pesticides and a deliberate reduction of activities that contribute to climate change.

“Judicious use of pesticides that are harmful to bees and controls to stop the global spread of parasites and pathogens would remove several stressors,” Currie said. “Activities that reduce the impact of climate change on native flora and fauna would also help.”

Ian Hall, director of the office of sustainability at the U of M, said the competition seeks to develop ways to help bee populations and was prompted by the interest of sustainability professionals in Manitoba.

He said the competition is an avenue to acquire more knowledge surrounding the needs of beneficial insects while increasing awareness about the continual decline of the bee population.

“For those taking part in the competition, it will be an opportunity to learn about the housing needs of beneficial insects and to participate in an educational challenge,” Hall said.

“My hope is that [in] this event, the houses themselves – which will be a visible object in the campus landscape – will serve to raise community awareness and promote dialogue about a very real and very serious ecological issue that affects us all: the decline of bee populations.”

Kim Wiese, an environmental design instructor in the faculty of architecture, said the competition is a call to students to challenge the status quo and demonstrate their talents and design skills at an international level.

She stated in an email that FABLab – the U of M’s fabrication laboratory run through the faculty of architecture – will contribute raw materials and lab time toward constructing the selected designs, saying, “We will be doing the majority [or all] of the prepping, cutting and assembling of the winning designs.”

Submissions will be judged by Michael Loverich, from the “design farm” Bittertang, and Joyce Hwang, a professor at the University of Buffalo.

The competition is supported by FABLab, the department of entomology, and the U of M Parks Canada Campus Club. STUFF – Studio for Transformative Urban Forms and Fields – is serving as competition coordinator.

Registration is open until March 31 at midnight, with submissions due by April 20. The fabricated winning designs will be deployed on campus between May 15 and 30.