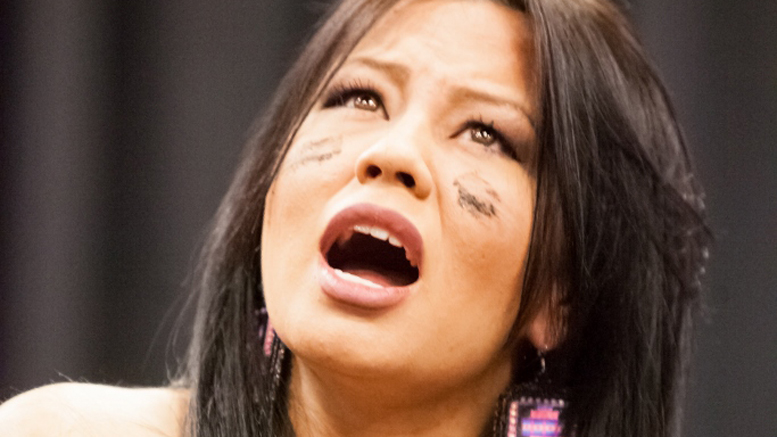 In honour of International Women’s Week, experimental theatre company Sarasvàti Productions will be hosting their 13th annual Cabaret of Monologues at the U of W’s Asper Centre for Theatre and Film.

“When we started doing the initiative, it was really about finding a way to tell as many stories as possible,” Sarasvàti Productions artistic director Hope McIntyre told the Manitoban.

“It’s just been so popular that every year we talk about if there’s still a desire for it and yeah, there is, so that’s been fabulous for us.”

The cabaret – which will be performed at 4 p.m. and 8 p.m. on March 12 – will feature ten actors performing traditional monologues or slam poetry/spoken-word pieces either written by themselves or notable Canadian playwrights.

The ten performances run the gamut from serious to comedic – with topics ranging from a game show for women (in which the winner’s sexual assault claim is deemed believable) to the silent issues faced by indigenous women in local communities.

“We’ve discovered that, every year, there’s something that clearly is the top of people’s minds in the community, so every year there’s an ability to find a theme, topic, or issue that we can use to create a tying or linking-in of all the pieces,” McIntyre said of the cabaret’s longevity.

This year, the production’s theme is Stolen Sisters. This is a clear reference to the prominent issues of missing and murdered indigenous women in Canada, though McIntyre said the theme is meant to extend to cover gendered violence as a whole.

“A lot of the pieces do deal with missing and murdered women and are very specific to the indigenous community […] but then also, we had submissions and response from people addressing it on a different kind of perspective, the whole concept of popular culture,” said McIntyre.

“We’ve had so many high-profile cases of sexual assault by media figures, by celebrities. The trials, the back-and-forth on them go on for years. Some writers were really interested in tackling that side of the story.”

McIntyre went on to explain that it was also important to explore the theme on a global scale, as gendered violence abroad can present itself in many entirely different forms.

“We specifically set out and talked to communities, and created a piece about the stolen girls […] in Nigeria from April 2014 when the girls were taken by [Nigerian-based Islamic extremist group] Boko Haram.”

With regards to selecting pieces and performers for the cabaret, McIntyre told the Manitoban that the process is generally “as accessible as possible.” This year however, there was a distinct emphasis on engaging the local community.

“We reached out to the community to find artists with lived experience, people who wanted to tell their stories,” McIntyre explained.

“That led to some different ways of telling stories. Definitely with Mary Black’s piece QUIET – which has kind of gone viral – it’s very much a different medium, because she’s throwing on her own story and storytelling tradition as an indigenous woman.”

With a collaborative event of this nature involving so many different performers, it comes as no surprise when McIntyre explains that one of the most incredible parts of putting on the production is simply watching the performers get to know one another.

“Bringing all 10 performers into one space, it’s this amazing energy,” said McIntyre.

“I think in the years we’ve done it, most of the artists have talked about that as part of the beautiful thing with this experience. Working with the other artists, coming into the room together, hearing their pieces – it’s really a fabulous chance to share.”

With the acquisition of artists like Black and Shamin Brown – whose spoken-word piece, Finding Freedom, challenges the marginalization of women and girls in the sex trade – McIntyre said she’s pleased that the Cabaret of Monologues has grown beyond being a purely local event.

“I think when you talk about something like gender-based violence or some of the other topics we’ve tackled, you certainly see that both across this country and globally, there are commonalities,” said McIntyre.

“That’s very interesting to look at, how an indigenous Winnipeg woman’s story has some of the systemic issues that you would also see affecting women in Nigeria.”

The Asper Centre for Theatre and Film is located at 400 Colony St., adjacent to the U of W main campus. Tickets are $10 at the door, or $12.50 in advance from www.sarasvati.ca